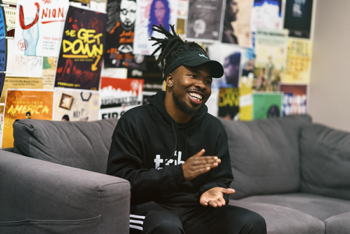 As a church kid, Dylan Phillips thought all he had to do was be good.

“I just thought that getting good grades, not talking back, going to church, those were all the same thing,” he says on Jam the Hype.

But how good? When he got into his teen years, he started sneaking off and dabbling in sin. Then his pastor hit him straight between the eyes with a sermon titled, “Faith without works is dead.” 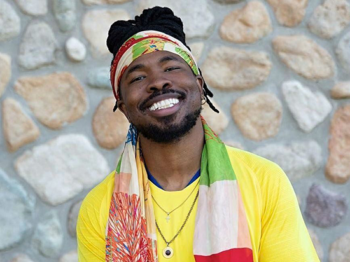 “There wasn’t an outworking of that faith in my life. That really started to be evident in my teens,” Dylan says. “My pastor at the time preached in James 2. That showed me that intellectual belief, no matter how factually that belief is held, by itself, if there’s no outworking in your life as Jesus as your Lord, doesn’t make you any different than the demons.”

Now serious about his walk with God, Dylan Phillips is a red-hot Christian rapper for Capitol Records. His feel-good style and catchy melodies are enhanced by upbeat lyrics. Songs about purple dinosaurs and yabadabadoos! communicate themes of love and community. 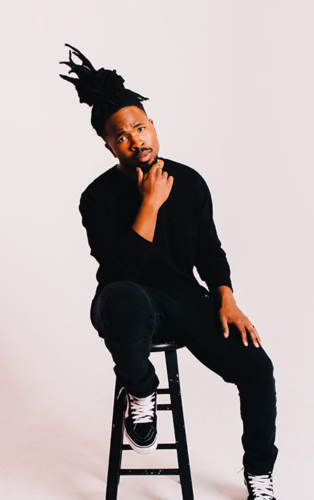 Underscoring the fact that he doesn’t take himself too seriously and as a counterpoint for the secular rapper BIG whom he admired, he adopted the stage name nobigdyl. (dyl is the first part of his name). “The heart behind it is that my music isn’t about me,” he says. He insists it must be all lower case, the opposite of his collective colleague WHATUPRG?

His humility is a breath of fresh air amid the growing toxicity of trap rap pride taking over Christian hip hop.

Despite his self-deprecating stance, nobigdyl is a big deal.

His flows are oriented toward youth, about breakups, suicide, drug addiction and self-esteem. But the dour broodings of NF may be contrasted with the buoyant optimism of nobigdyl.

Dyl was born in Hayward, California, in 1991, but his family moved to Bell Buckle, Tennessee when he was nine. He’s now based in Nashville. His dad secretly introduced him to hip hop (against Mom’s wishes), and he became a fan of The Notorious B.I.G. and Onyx.

He studied audio and production at Middle Tennessee State University before switching majors to focus on the business side of music. He grew academically, professionally and most importantly spiritually. “My faith didn’t really become my own until I went to college,” he says.

This led to his big break: he got fired. Minor thought dyl needed to focus 100% of his time and energies on his own career. By firing dyl, Minor hoped to give him a push out of the nest so that he would learn to soar.

Nobigdyl formed a collective called Indie Tribe and started releasing singles. Rapzilla named him to its breakout freshman class. Minor featured him on his album Empire in 2015. He also toured with Tedashii. His 2017 album Canopy charted on iTunes.

Then his friend Marty, from Social Club Misfits, hooked him up with Capitol Records, where he shares space with titans NF and Lecrae. Last year, his latest release Solar hit 22 on Billboard’s Top Heatseeker chart for up and coming albums.

He’s gunning for young people going through ordeals. “None of their pain is in vain,” he says. “Their scars are there to help them grow and also to help other people grow.”

He married Chelsea in 2014 and has developed a perspective that challenges the worldly perspectives on marriage. “I want to counter the narrative that marriage is this prison,” he says. “Joy and peace and growth in marriage does not come cheap. It comes at a price and the price is sacrificial love and understanding and becoming selfless.”

Nobigdyl makes himself vulnerable through his flows and spills lyrics that resonate with struggles that are commonly shared.

“No song that I ever wrote will be just a song I wrote for no reason,” he says. “It definitely is autobiographical and I’m pulling from situations in my life.”