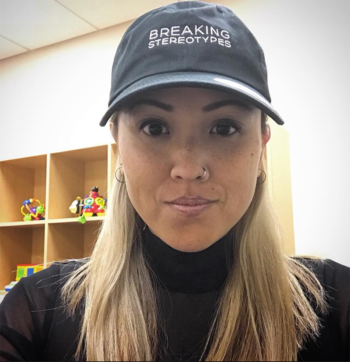 If there’s anyone who could be confused by her own identity, it’s HeeSun Lee. She’s Korean by birth, Chinese-American by upbringing, a rapper who hangs mostly with African-Americans and Latinos.

But HeeSun Lee — her first name is Korean while her last name is Chinese — sees herself first and foremost as a Christian.

It wasn’t always that way.

Adopted when she was four months old in 1983, HeeSun grew up in a loving family with all her needs met in New York. But when she became a teenager, the idea that her birth parents had “rejected” her sent her reeling. Was she Korean? Why did her biological parents not want her?

“When I got into high school, I felt so different. That was the beginning of my journey of not knowing who I was,” she says in a YouTube video. 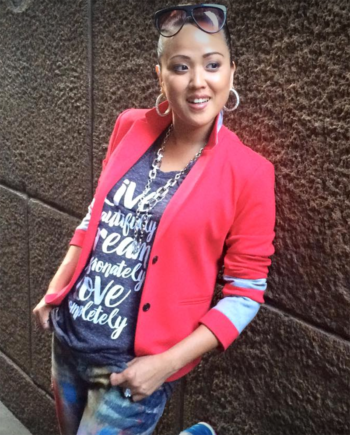 Her identity crisis sparked a downward spiral because she couldn’t speak Korean and didn’t even know what kimchee was; her new Korean friends commented in their native language about her and she felt awkward, rejected.

She was drawn to the hip hop culture of Tupac at the time and learned to party, take drugs and sleep around, according to her lyrics and an interview.

“I remember there was a point in my life when I was just completely lost. I didn’t know where I was going. I didn’t know who I was,” she says on a Jahrockn video of her “I’m Supposed to Be” song.

At about the same time, she got introduced to Christianity when her grandmother, to whom she was very close, declined in health. A friend invited her to church.

“Once my grandma became sick I thought I’d find comfort in going,” she says. “It completely changed my life. I found God — I found my purpose.”

But her journey toward God wasn’t all smooth sailing. She stumbled.

“Through it all though, God was always with me,” she says. “He was just distant. But He kept me. He reminded me He was there for me. Finally I just realized, this is wrong. This is not where I’m supposed to be. So I just cried out to God.”

In college she could have gone either way — the world beckoned but God was fighting for her. Ultimately, she chose Jesus, marriage, and a family.

“When I started rapping, I wanted to rap about my own experiences, what I go through,” HeeSun says on a Korean American Story video. “I couldn’t picture myself rapping half naked and talking about sex. I mean, I partied and stuff, but that just wasn’t me. That wasn’t my character. At that time I was in and out of church. I believed in God. He was always helping me in some way. I was struggling. My songs are about my experience” coming to God.

That is how HeeSun became the Christian hip-hop artist who, perhaps, gets the most double takes.

Female Christian rappers are few and far between. So are Asian rappers, not to mention Christian Asians rappers. She’s even rapped while pregnant.

HeeSun married a New York police officer, and the couple have two girls.

Her first album in 2008 was Re:Defined on the Jahrock’n label. She found the definition of her identity in Christ, she says.

“I used to think I was unfortunate, unfortunate to live a life that could never tell me the origins of my story,” she raps in one song. “Most people know how they were born. Unfortunately, I was never given those details on my adoptions papers… I don’t know if I was a mistake” 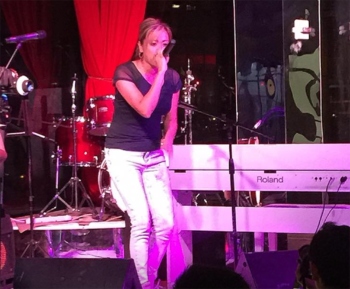 In 2014, she dismantled the expectations people imposed on her because of her race and gender with Stereotypes. It was her breakthrough album, ranking with Billboard ratings and Top Gospel Albums chart.

Her latest production in 2015 was Beauty for Ashes.

By definition of genre, hip-hop projects a hard-edged antipathy for social norms. So it seems (stereotypically) odd to see her in videos as a loving, doting wife and mother.

But HeeSun raps tenderly about her fears for her husband’s safety on patrol and her little girls — which bring her great joy. Her daughters are a healing “full circle” to the hurt initiated by her own rejection from her biological parents at birth.

“It’s an amazing feeling now for me to know that I have a bloodline through my children,” she says, “because being adopted, you don’t have that.”