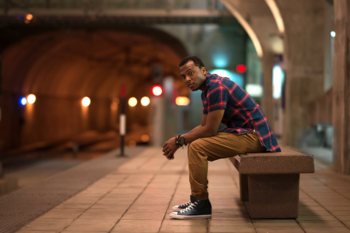 Marcus Tyrone Gray took care of his schizophrenic mom while his dad was in the streets, binging on drugs in the projects of St. Louis.

“I had the responsibility of really overseeing my mom,” Marcus told CBN. “There would be times where she wouldn’t even recognize me. She could curse me out or call me names or just start treating me as if I’m her enemy or something like that. My dad would be gone days on end, blowing time, you know, getting high. Everything was just unstable.”

Until her death, his grandmother was the only solid foundation in his life. But with her untimely passing, 16-year-old Marcus began acting out, picking fights at school. It was a way of asserting control over a reality that was out of control.

It got him arrested and expelled.

“When (Grandma) passed away, I felt like I lost a part of my own soul, a part of my being had been cut off. Because she was my everything. I just remember trying to be strong, but not having the ability to. My natural bent was to check out and to retreat, you know, stay in the clubs, do whatever would distract me, block me, numb me from reality.”

His life was spiraling quickly toward becoming a hardened criminal and drug user, a pariah of no use to society. 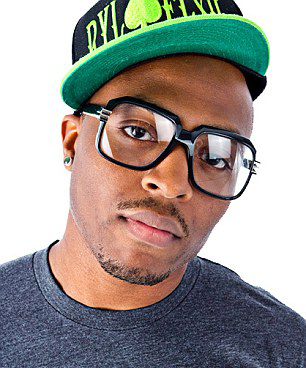 Then he developed a crush on a girl, and she invited him to church.

“I decided to go because of the hopelessness. I felt like I’m trying all of these different things to bring about what I actually want,” he says. “I was overwhelmed with the Gospel message of Jesus’ love. Jesus loves you. And I was so overwhelmed with this love, you know, Jesus’ love, and I remember thinking like, he does love a bad person. And it sounded exactly like the things that my grandmother would tell me.”

As the Word and Spirit touched his heart, he was born again.

The next thing you know, Marcus was on fire for God. He would take his Bible to school and stand up on the desk in middle of class and preach to his fellow students (for this he wound up in the principal’s office). He would invite people to church incessantly and fill up a whole pew of 15 needy kids headed towards a life of crime if Jesus didn’t intervene. 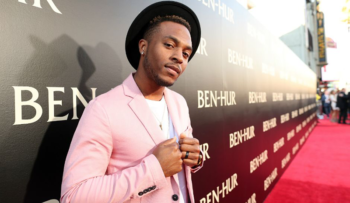 From death and destruction, his life became an intense flame. So that’s his stage name today, Flame.

A Billboard topper and Grammy nominee who launched Clear Sight Music, Flame has nine albums. He was offered a million dollar contract from a secular label, with only one condition: no mentioning Christ. He turned it down.

Flame does outreach in the streets of St. Louis constantly. After a shooting on the dangerous west side, Flame was praying with sinners and handing out Bibles when he met gang member Travis Tremayne Tyler. The hardened criminal wound up accepting Jesus and became a fellow Christian rapper star, Thi’sl.

“Satan has done a fine job of finding these pockets and these different ways to divide us, and racism is one of those things,” Flame told the Billy Graham news. “This is a fallen world. There’s racism here, there’s corruption here, there’s hatred here on both sides. And unless God works in us, there’s always going to be chaos.” 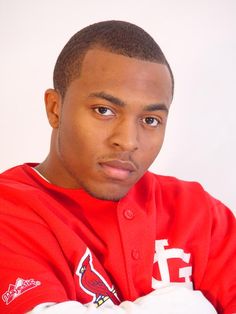 His fight against racism led him in a song to call out rapper Kendrick Lamar, who appeared to give the nod to the African-American Hebrew Israelite movement in his latest album. The “Hebrew Israelite” movement claims to be the legitimate chosen people of God and, among some radical proponents, promotes racism.

In “Absolute Truth,” Flame challenges their interpretation of the Bible – their questionable use of context – which he says led to wrong conclusions.

In an important suit to win respect for Christian Hip Hop, Flame sued pop queen Katy Perry in 2015 because the beat line from her “Dark Horse” appeared to be lifted almost unaltered from his “Joyful Noise.”

CHH has been panned for being an insipid knockoff of secular rap. But this suit may prove to the contrary that CHH is a source of creativity admired and imitated by the greatest players in the game. Flame’s video “Start Over” with fellow Christian rapper NF has racked up 26 million views.

“My heart is really to walk with people throughout the long haul, side by side, helping them process what has happened in their life, so I take my life experiences, I take my theological training, and I get to smash it all together and make it rhyme,” he says. “He’s loved on me in a unique way by dying for the world and the church, but in particular, for Marcus Gray. And when I think about that and he’ll invite me to his heaven, that’s what really rocks me about the Lord.”

And secular rappers who have come to Christ (at least to some degree): Chance the Rapper – Kendrick Lamar – No Malice — Snoop Dogg — Kanye West.