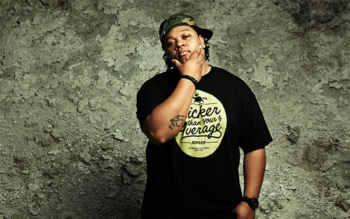 Tedashii Lavoy Anderson was out to make his mark at Baylor University. He strove to be responsible and do the right thing, to be well-liked in school, in sports and on the social scene.

Then this random guy walked up to him three months into his freshman year.

“Hey, I heard you talk about yourself,” he told Tedashii. “I heard the jokes you made, the things you laughed about, the stories you told about the weekend.

Tedashii’s competitive side flared, and he launched into a tirade insisting no one should judge him, especially someone who knew nothing about his struggles and background.

“I kind of shoved him down out of the way. I didn’t mean to put him on his back, but I did unintentionally,” Tedashii recounted in a YouTube video. “I kind of stepped over him and went to class angry because here’s this guy telling me I’m not good enough.”

Weeks later Tedashii was kicked off the football team due to injury, lost his scholarship, lost his girlfriend, and saw his parents separate. As a result, he couldn’t pay for college anymore.

Then the same random guy approached him and shared the gospel with him again. “God wants to have a relationship with you,” he told him.

This time, there was a completely different response. “A light bulb came on. I felt like I got a hug from the Father. I just dropped to my knees on campus and prayed to God. ‘I get it. God, I need a Savior.’”

The random guy became Tedashii’s best friend, and later became the best man in his wedding.

He suggested Tedashii rap for the Lord, and the now-famous Christian rapper initially laughed if off. Only after the Spirit dealt with Tedashii did he whip up a terrible rap that evoked only laughter at a campus talent show.

It was a flop, but the infection had started, and Tedashii was intrigued by the possibility of spreading the gospel through the popular medium of hip hop. He’s now recorded five projects with Reach Records and hit #1 on Billboard’s Gospel Music. He’s on Lecrae’s Reach Record label. Tedashii also appears in videos with Trip Lee, KB and Andy Mineo from 116 Clique.

Also known as T Dot, Tedashii lives in Denton, Texas, with his wife. He eventually did graduate from college with a degree in sociology.

In March of 2013, he lost his youngest son, a one-year-old, to a sickness the hospital couldn’t treat, and the untimely death triggered a crisis of faith that led to substance abuse and jeopardized his marriage. 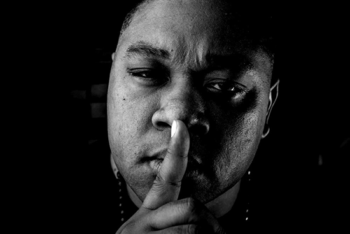 He learned about the tragedy on a flight returning from a concert. “I literally broke — from punching the wall on the side of me to crying and not being able to control myself to a point.”

A little old lady on the plane rubbed his back and continually assured him he would be OK as he processed the initial shock and grief. “She didn’t know. No one knew,” Tedashii says. “But that was the worst day in my life.” The grief over the loss of his child produced a strain on his marriage.

Afterward, Tedashii produced 14 tracks under the album title “Below Paradise” to chronicle his journey through the grieving process.

“The loss of my son changed me forever. I experienced grief and sorrow to the depth of my soul. The veil was lifted, the smoke cleared and all I had was pain,” he says on UK Crossover. “Instantly phrases like, ‘It’s all good’ or ‘It’ll be ok’ were cliché and, at best, empty promises. The comfort of life with no pain was gone and I saw the world in an entirely new way.

“I felt forsaken, alone and in a place of darkness that has been kept masked by a focus on only the good side of this life. The reality of being a Christian and suffering so harsh a thing was hard for me to grasp.”

A friend encouraged him to grieve with his wife, instead of alone, and ultimately, the piece of advice helped him pull out of his tailspin.

“We just fought to keep focused on what we vowed,” he told the Christian Post. “And then also the reality that I really am grateful to have you here with me going through this.”

The story of John the Baptist encouraged him at an opportune moment. Despite doing everything right, the precursor to Jesus was unjustly beheaded in jail.

“Looking at the life of John The Baptist was huge. This brother was faithful to proclaim the gospel of who Jesus is, to make disciples, to baptize … he was doing everything he was prophesying he would do but if you look at the end of his life, it doesn’t seem like he was able to ride off into the sunset,” he says. “After the glory days, it was really tragic and gruesome. And so I looked at John and said, ‘In what ways can I learn from what he’s experienced?’”