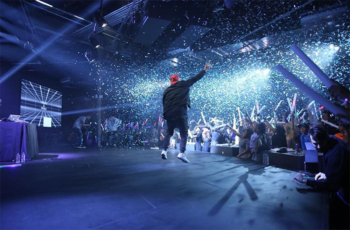 Life is a box of chocolates, but I’m allergic to chocolate. — Social Club Misfits

They were bullied in school hallways and cut from teams. They went unnoticed, until they tried to get attention, and then they stuck out like sore thumbs. Girls weren’t content to just say no to a date: “Get out of my face or I’ll scream very loudly.”

Now, Fernando Miranda and Martin Santiago have turned all those moments of embarrassment and loneliness into gold.

As a rap duo, they’ve capitalized on their woes to build a huge following of awkward, shy and unpopular people. Their group, Social Club Misfits, is a Revenge of the Nerds 2.0, and they signed with Capitol Records CMG in 2016. 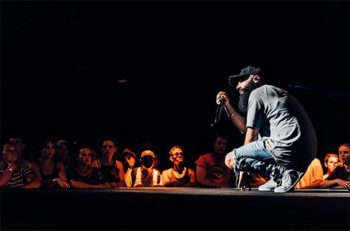 While the rest of America — and notably the rap world — was busy putting down others, Social Club Misfits was gathering all the outcasts into a massive group of friends, followers and family.

“I think God is about people and as Christians we should be about people and known for our love,” Martin told Rapzilla. “We wanted to have a band that was honest and real with people. It’s a safe zone. We wanted to share from our life and give you a Christian perspective on everything we do.”

Both Marty and Fern — as they prefer to call themselves — started as church dropouts.

Fern was born in Puerto Rico. When his parents immigrated to Hollywood, Florida, he was a pastor’s son banging on the drums and the congas. 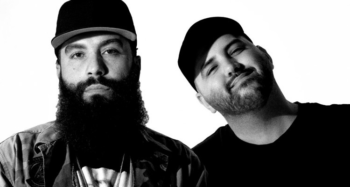 He was doing music and had generated some buzz in the local radio stations. So when he turned 18, he moved out, stopped going to church and dedicated himself full time to worldly rap. He was sleeping on friends’ couches and fell into the party scene that always seems to accompany the world music scene.

“That was the start of what I call the lost decade — ten years of being out there and mom wondering and crying and praying,” Fern says on a testimony video. “I wouldn’t tell my parents where I was. My mom would call me and say, ‘Where are you? I just want to bring you $20.’ And I would say, ‘Mom I can’t tell you where I am. I’ll meet you at the drug store, and I’ll give you my laundry and could you wash it for me?’ She would cry and say, ‘Your dad wants to see you.’

“But I was being prideful. I never wanted him to see me like that, being broken down.” 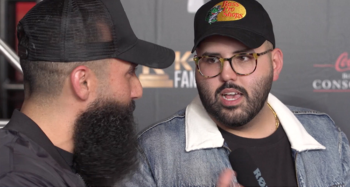 He was messing around with drugs and started hustling to make ends meet. One night some enemies burst into his apartment and held a gun at his face while they ransacked the apartment. The problem wasn’t with Fern, so he was allowed to live.

“The Lord spared me,” Fern says. “Ironically enough, that was just the beginnings of the lost decade. I would go on and pursue regardless of what that was. I had a gun in my face another time after that. It was a repetitive cycle. It’s called insanity. You just do the same things over and over trying to look for a different result.“

The lowest point came when he very nearly threw himself from a hotel balcony when he panicked during an overdose.

“Jump!” a voice told him as he leaned over the railing. “Just go ahead. You did too much. You gotta go now.”

He drank milk to neutralize the drugs.

“That was one of the lowest points in my life,” he remembers. “You would think, Oh man you were having fun.’ But really you can only go so far living like that before something tragic happens.”

But Fern didn’t repent yet. He kept rapping and very nearly signed for Sony Latin Music. He was about to “make it big” but cocaine remained a stumbling block.

“I needed to have it around always, so I started selling it,” he says. “It was only a matter of time before I got caught. They gave trafficking. I got three years.”

In his second week, he went to chapel.

“The first thing I wanted to do was run to the pulpit and I threw myself on the floor face first and I started weeping,” he remembers. “During this time, I would ask God during that if He would spare me, I would give him my life forever.” 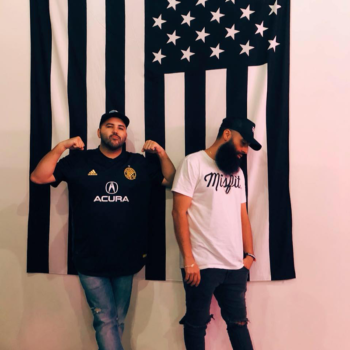 His family visited him every weekend. When he was released, his fiancée — who had waited for him through three years of jail — drove him home. His boss gave him his old job back. He married his fiancée. (They now have two kids.)

His father’s church gave a banquet for him. During Sunday service, he was called to the front. His father gave him a ring and a purple robe — just like the story of the Prodigal Son in the Bible.

“They just honored me,” Fern says. “The whole church prayed for me and welcomed me back to the family. It was one of the most amazing days of my life because I thought my life was over. I didn’t think I could really bounce back because I brought so much shame. Your mind plays with you, Nah they’re not going to receive you. On the contrary, they received me.

Meanwhile, Marty’s family was attending Brooklyn Tabernacle in New York City. His parents were leaders in the church. When they caught the pastor cheating on his wife, the demanded he seek counseling. Instead, they were kicked out of the church and humiliated in front of everyone, Marty says.

He started sinning. But there were guys who always reached out to him lovingly.

“I had friends that stuck with me when I did not stick with God,” he says. “They did not give up on me. They helped me find my way to come back to church, to come back to God. I grew up in the church, and I left. So I have a heart for people who are finding their way.

Marty moved to South Florida, where he was pursuing his passion of hip hop. He met Fern, and the two joined forces. In 2013, they released an EP, Misfits, that garnered critical acclaim and notched #9 on Billboard’s Gospel Albums.

After two free albums, their third, Misfits 2, charted #59 on the Billboard 200 in 2014. Then came Us, followed by The Misadventures of Fern & Marty, which showed they could consistently write and rap with success.

They were finding their niche: to empower all the losers for the world through their foibles and underdog exploits.

Finally, Capitol Records signed them, and they released Into the Night with a star-studded cast of featured artists in 2018. It’s #2 on ITunes. Their manager was landing them profitable deals. “War Cry” became a theme song of the World Wrestling Entertainment. They were nominated for three Dove Awards.

They have diverse music and even use Spanish. In their videos, they act goofy and dress like fashion-challenged tourists at Disney World. They don’t seem to have a care in the world. They’re just having fun, not bragging about how great they are or worrying about success.

“When I came home” from jail, Fern says, “I made a pact that I would never waste time again.”