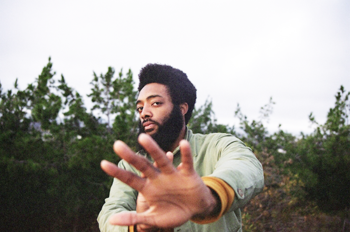 By Ryan Zepeda and Michael Ashcraft —

After “coming out” as homosexual in June, Jeremiah Givens, a gifted lyricist who stormed Christian Hip Hop, just announced he has HIV.

“As a man living with HIV, I’m taken aback right now,” tweeted the man whose Twitter handle is @pray4jgivens. In response, his peers in the industry have shown him love. “You are in my prayers bro,” responded DJ Wade-O, for example.

This is not a tidy gutter-to-glory story. This is a Christian drama in five acts, which includes the latest doctrinal assault on 2000 years of church teaching. Some may debate whether this story ends in glory or tragedy, but most will be praying a redemptive thread prevails.

Jeremiah Timothy Givens was born on May 27, 1987 in Los Angeles, California, but his mom moved to Las Vegas, Nevada, so that their son wouldn’t get ensnared in gangs. His cousins were Crips.

Givens was pursuing a bachelor’s degree in mechanical engineering from USC when he was introduced to drugs. Despite hailing from a family of Missionary Baptists of five generations, there were struggles of drugs in his family, he told LA Hip Hop. 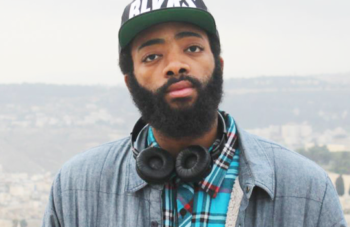 He partied on weekends, but followed a pattern of cleaning up his mess so he could return to school on Monday. A friend introduced him to crystal meth, a potent and deadly drug, and it became nine-year battle to finally get free.

Towards the end, Givens was lying on a bathroom floor, not caring if he died. He walked away from that near overdose and eventually stumbled across the hip hop of Jackie Hill-Perry. She was a Christian rapper who had turned her back on lesbianism.

Because of her music, Givens started attending church again. Eventually, he met Propaganda, a CHH sensation, and Prop helped him get signed on his then-label Humble Beast Records in 2014. His album Fly Exam, a takeoff of the Icarus myth, was an examination of the fallacies and enticements of drug addiction.

“It’s about being dope and struggling with doing dope while being dope in Hip Hop,” Givens told HipHopDX. “It’s kind of a chronicle of my life in that time period of writing it. It’s sad that the older generation can’t forewarn these teenagers about the comedown part” after getting high. 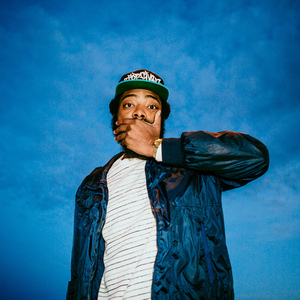 Fly Exam peaked at number 19 on BillBoard in the category of Top Christian Rap Albums.

After erupting in CHH, Givens broke the Internet when he announced his homosexuality in June 2018. He responded to a Twitter follower who said, “You gay bro. Instead of hearing form others, imma (sic) just ask.”

CHH colleagues were quick to express love towards him and suggest fans pray for him, but other commenters resorted to a more confrontational approach: “He just needs to get delivered,” one said.

Givens retorted with a flurry of blistering responses until 5:00 a.m., according to Jay from The Crew who monitors CHH.

“Y’all are in a cult and calling me the devil,” he retorted. “Zealots are insane.”

Again: “I see why people have disgust for self righteous. They’re so fragile & full of false piety… They can curse you to hell, attack your business, defame your character, while secretly jerking off to incognito browser tabs.”

Givens response contained some valid points: Most Christians would be wise to remember that Jesus says the one without sin should be the first to cast the stone.

But behind the conflagration is an even bigger issue: Should homosexuals be accepted in evangelical churches and doctrine revised to no longer see it as a sin? Intentionally or not, Givens became a beacon for those pushing for a major revision of the Bible.

“Emerging” church pastors such as Rob Bell have endorsed gay marriage. Christian musician Lauren Daigle created a stir when she said on The Ellen Show she “doesn’t know” if homosexuality is a sin in October.

Pro-gay Biblical scholars expend great effort crusading for a re-evaluation. The sinners of Sodom, they say, were judged for rape, not homosexuality. The interpretation of the words in Hebrew and Greek should be translated differently, they contend. In a strained exegesis using a non-traditional hermeneutic, they are able to create a cloud of confusion about the relevant scriptures.

Where they stumble is in Romans 1:26-27, where Paul nails down the semantics with clear description.

Hence, the “affirming” movement, which seeks to include homosexuals in the fold, often undermines traditional interpretation – the plain meaning of Scripture.

Still, a Christian response towards Givens should be moderated with love. Jackie Hill-Perry wisely counseled praying for Givens as a brother in need, not condemning his as an advocate for the overthrow of Scripture.

Eight months after he ignited a brouhaha by espousing homosexuality, Givens detonated another bomb when he acknowledged he had somewhere, somehow contracted the HIV virus, which if left untreated can develop into AIDS.

The outpouring of sympathy was overwhelming on Twitter. There were 120 responses, all showing love and offering support and prayers. Lecrae sounded in, as did Datin. The next day, Givens thanked everyone for their support and hit an upbeat note.

“I’ve been a patient for some years now. I greatly appreciate the love and kind words, but I’m not dying,” he responded. “Cheer up.”

With proper care, Givens may live a full life. No doubt he will continue producing hip hop, although it’s uncertain if he’ll migrate out of the “Christian” sector. Almost at the same time as his announcement of being homosexual, Givens left Humble Beast for other ventures.

The last act of his life remains to be written. With prayer and love from the Christian community, we trust the Holy Spirit to guide our brother and provide the solace he needs.

And secular rappers who have come to Christ (at least to some degree): Chance the Rapper— Kanye West — Kendrick Lamar – No Malice — Snoop Dogg Revolutionize your kitchen with a bamboo steamer. Ancient Chinese cooking ware keeps in nutrients and flavors. Call it organic cookware. Click on the picture to purchase on Amazon.