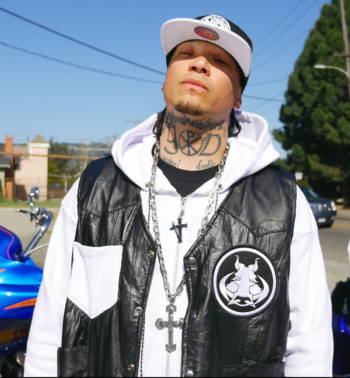 Sevin was a rising star in Christian hip hop, and he was homeless.

Marques Adams, his real name, was born in San Jose but grew up in Sacramento. His parents, Tracy and Debra Adams, raised him in a church that emphasized rules to the point of excluding God from the picture.

“I didn’t understand God as personal,” he says on a Next Step film. “I looked at Him how you look at a police officer in your community: somebody who enforces rules, but he’s not somebody you really wanna ‘kick it’ with.”

His parents moved a lot, cutting him off from friends and always putting him into the awkward situation of having to make new friends sometimes with a rough crowd that rejected him.

“All I ever wanted was love and people to accept me,” he says. “I was being treated like evil, and over time it wound up hardening my heart.”

At age 13, one of his few friends died, and he reacted with self-mutilation and suicidal thoughts.

“I was always angry and hurting, and it was growing worse and worse and worse,” Sevin says. “I just kind of let go of any care for life or my future or anything. I fell into an abyss. I started self-medicating really young, 12, 13 years old stealing bottles of Nyquil out of the store.”

He discovered marijuana and prescription pills, “just anything to try to numb myself,” he says.

Because he longed for acceptance, he started hanging with gang members. The Oak Park Bloods took him and “treated me like their version of family,” he says.

“Not understanding what true love or God’s love actually looks like, the world was able to lie to me,” he says. “The streets was able to suck me in with that false sense of brotherhood and fellowship.”

His parents were oblivious to the signs that their son was getting lost. He went to the wrong people for advice, who pulled him “deeper and deeper into my own destruction,” he says. 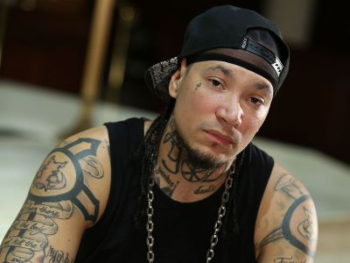 Because of his depression, he went so far as to deny God to his father.

“I felt like if God is so good, then why are we suffering?” he says. “At that point I was so beat up and at that point so demonically influenced that I walked into my room and I ended up putting my gun to my head.”

“The Holy Spirit ended up falling on me, and I felt this overwhelming sense of love and peace and acceptance that I couldn’t deny,” he remembers. “It literally reached through my body and touched my heart and changed me. The God of the Bible that I always thought was this impersonal, fake entity that either wasn’t real or didn’t care about us, that God came off of these pages and jumped into my real life.”

The previous week, he went to school, as was his custom, with a gun. The next week, he went with a Bible and told all the “homies” at the lunch table that they needed to study with him.

“In my past I felt like I was in this black hole, isolated and alone,” he says. “Now I don’t feel that way. God’s in me, with me, around me everywhere I go.”

Being born-again, he had a burning desire to use his musical talents for the Lord. Having made a name for himself as a rising rapper on the streets, he wanted to dedicate to the Lord the talent he had used for Satan.

He almost immediately got involved in music, but he hadn’t completely left the world and wound up with charges related to drugs. Now he thinks he was put on a platform too early in his baby Christian faith. He should have concentrated first on his growth in the Lord without launching straight into leadership ministry.

But hindsight is 20/20. When he wound up in jail with a felony, the same people who embraced his turn to Christianity now turned their back on him and reviled him for his “hypocrisy.” It stung Sevin deeply that apparently nobody would stand with him in his court case.

The sting ran deep and formed the foundations of his current ministry. Now, Sevin says he doesn’t allow anyone to advance in ministry until they have served for a year. And he reaches out to those who backslide and fall into jail. When fellow Christian rapper PyRexx got locked up, Sevin visited and offered to pay his bills and watch over his wife.

In the meantime, his heart was growing hard due to what he felt was betrayal. When he was young, he was molested at church. Church people, he believed, would hurt you but not stand with you when you were hurt.

While he continued with that thought, he was still drinking and using drugs, even while he put out Christian music, he said.

“I was betrayed by people who were claiming to be the people of God,” Sevin says. “I had one foot in because I knew the truth, but I had no fellowship and didn’t have a real deep understanding of the gospel.” 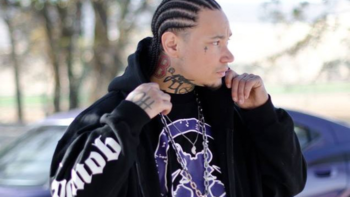 He was “stuck in limbo.” His music included anguish that was meant to point people to Christ; he deflected any attention to himself because he knew he wasn’t right.

He started the HOGMOB — Hooked on God, Ministry Ova Business — and began winning all sorts of gang bangers and drug addicts to Christ.

The terrible cycle of secret sin lasted 10 years and ended when his twin sons died in uterus when his girlfriend had a car accident, and his little brother died gangbanging — all on three on the same day, he says.

“Three days earlier I was with my little bro, and God told me to preach the gospel to him. But I had so much secret sin in my life, I didn’t do it,” Sevin says. “I failed him miserably. I thought we had more time. In my mind I thought I would go and live a little bit better so I could be a better example, and in a few weeks when I got some ‘good time’ underneath me, then I’ll come back and I’ll share the gospel with him. We didn’t have three weeks. We didn’t have three days.

“The same day that my kids died in that car accident, later on that night my little brother got his brain knocked out of his head gangbanging,” Sevin says. “I live with that every day of my life. The last thing I told him was a lie because I told him I loved him, but I didn’t because if I would have really loved him, I would have told him about Jesus Christ.”

Not only did Sevin straighten up, he preached more earnestly, begging and urging people to accept Jesus as if it were their last moments on the planet. 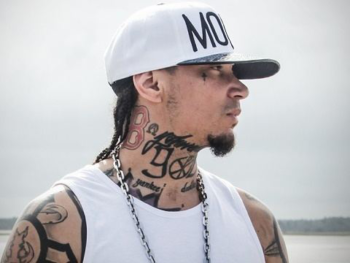 HOGMOB went from a ragtag group of people saved from the streets to an international ministry. Today, Sevin recounts that he was homeless during 13 years of making hip hop music and still having one foot in the world.

“I worked my way out of that by the grace of God,” Sevin says on a Rapzilla video. “I got sober and got off the BS. I renounced my gang affiliations. God, renewing my mind and renewing my heart, was able to bless me with certain things. He showed me another side of life that I used to think that you had to rob, steal and kill to get.”

His music belongs to the genre of hip hop known as gangsta rap, meaning that it is graphic and unapologetic with its brazen usage of street words and street scenes. His presentation of the gospel is equally unapologetic. He doesn’t cultivate the clean-cut and tie image at all.

After his album Commissary charted #22 on Billboard Gospel Music, he was signed for Bizzle’s label God Over Money in 2016. His album Purple Heart charted on four separate Billboard charts.

His music would probably be even more popular if he wouldn’t use the N-word, which he uses as an African American himself to describe “affectionately” his fellow gang-bangers. But Sevin is not interested in generating more success for himself because his ministry is first and foremost to the hood. In fact, he reviles rappers who forget their roots and leave behind their childhood neighbors, as they strive for success and money.

“How are you taking (hip hop) that is tailor made for this culture and then taking it from (the hood) and then going and using it to poach it for your own benefit,” Sevin says. “The streets need this thing. Give it back to them. My whole thing is if we not gonna be in the hood, I don’t even want a be a part of it. I’m a missionary not a rapper. I’m a missionary that raps sometimes.”

In 2016, he did 75 concerts, only five of which were in churches. The rest were in clubs and in the streets, in places where the greatest concentration of sinners would be so as to reach more people for Christ.

“I thank God that Christ came and met me where I was at,” Sevin says. “I met God for real face to face.”