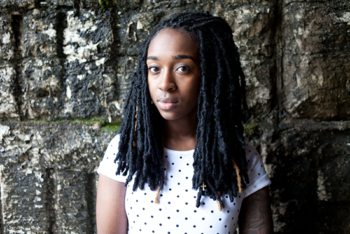 One of Jackie Hill-Perry’s first gender confusion memories occurred when was she was in the 1st or 2nd grade.

“I just distinctly remember wanting to be a boy, wanting to be the dominant role in any type of relationship,” she recounts on a CBN video.

When she was little, she went to church with her aunt every Sunday growing up. Seeing her aunt’s life and always hearing about Jesus, Jackie formed early convictions about who He was. But she also suffered sexual abuse as a child, and this contributed to her gender confusion, according to Wikipedia. 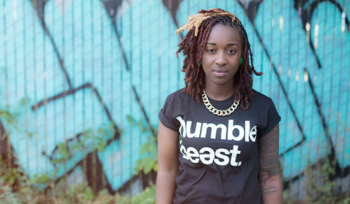 Jackie was always attracted to women. “It was just underlying temptation,” she says.

At age 17, she finally decided to act on the same-sex attraction.

She went to a homecoming dance at a different school than hers and it was the first time that a female was flirting with her. “It felt natural.”

She attended gay pride parades and went to gay bars. She enjoyed it, but never felt a “deep soul” satisfaction. Every time she had a girlfriend she would tell them they were sinners.

“I know this is not right to know so much about the truth about God and then to continue to live contrary to it.”

When she was 19 and alone in her room, she felt as if God was showing her that the sins that she loved would kill her and she’d die and go to hell.

“It’s a heavy weight to know that you’re a sinner and God is holy.” As she began to relate to biblical truth, she recognized she needed to initiate a relationship with God through simple faith and belief.

She had a conversation one night with God and told him she had no desire to be straight. God told her he would be able to change her desires.

She started thinking about all her bad habits: stealing, drugs, pride, anger, arrogance, and drunkenness.

But all the “fun” in the world couldn’t outweigh the punishment of hell. “Everything was not worth it.”

God was offering her life and she knew she needed to take it or else she’d face death.

“I told God, ‘What you’re calling me to do I cannot do on my own. I’ve tried before to try to live holy and it didn’t work but I know enough about You to know that You’ll help me,’” she remembers.

After that realization, she broke up with her girlfriend a day or two later. That was one of the hardest decisions she had to make, but after that everything was relatively easy.

She changed her cloths and joined a church after two weeks. She enjoyed her return and acknowledged that people were very loving — like family.

Her transition was difficult during the first two years, but she felt God’s grip because of the community of Christians around her.

“If I did not have Christians around me to help, important to me and encourage me, I would have been doomed for the most part.”

She discovered her true identity in Christ, even though she may face temptations and struggles. The enticements of sin became less powerful over time.

Jackie grew in knowing and loving Jesus, but she didn’t want a relationship with a man at first. Then after three years she became attracted to a man named Preston.

Amazingly, she began to love him and his masculinity.

Jackie and Preston married and five weeks after their honeymoon she found out she was pregnant.

“I thought to myself if I chose to stay in the lifestyle I was in I would never have her.”

She cried and thanked God she was able to have this experience.

“God changed me by showing me Himself.”