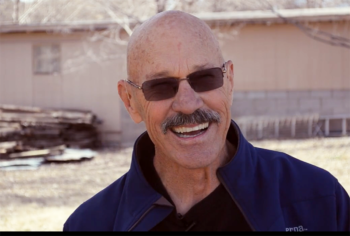 By Rudee Becerra and Joey Catalano —

As a young man, Bill Hunt could not wait to move out of his parents’ house. They were strict, “which was good for me but I wanted out of their house,” Bill says on a church video produced by the Potter’s House in Prescott, Arizona.

Once he moved out, he attended Mesa Community College in Arizona. There he was influenced by “friends” to start drinking alcohol and smoking marijuana.

He dropped out after one year in college. Then he moved back to Prescott and made new friends who swept him into a party lifestyle that involved harder drugs. “That’s about all I could ever think of,” he says. “That was the ruling of my life.” 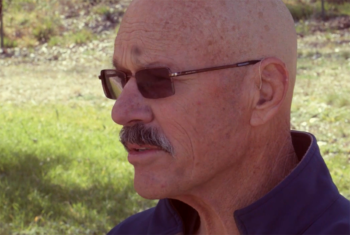 Bill grew out his beard and hair and became a full-fledged hippie. He was rude and liked getting into peoples faces. He thought he was cool, “the man”.

As he got older, he analyzed his life. “I was experiencing some things in my life that made me begin to see that my life was not together one bit,” he says.

One day in January he was driving to Chino Valley and a downpour hit. It was coming down so fast it was incredibly hard to see through the windshield. “It’d get so bad that my wipers weren’t wiping.”

He pulled to the side of the road and started sobbing, realizing that there are no real answers in the world. He thought there ought to be an answer somewhere.

That’s when Bill remembered his friend and co-worker Roger Fisher, who was a follower of Jesus. “He would tell me what God had done in his life.” 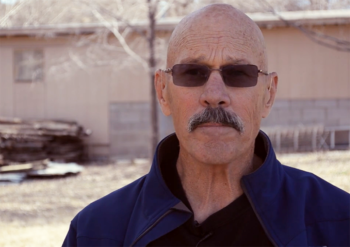 Bill was fascinated by his message. Roger told him to pray and ask Jesus into his life and to turn it around.

That night a spirit of repentance fell on Bill. He pulled to the side of the road and exclaimed, “God help me, help me! I’m just a mess. I don’t have any answers to life. Please come into my life.”

At that moment he felt the presence of God come into his life in a powerful way and he was born again.

“I felt something take over my life,” he says. “I can’t readily explain it but I knew God had touched me.”

Today, Bill is persevering in his faith, growing at the Potter’s House Church in Prescott. God changed his life forever.