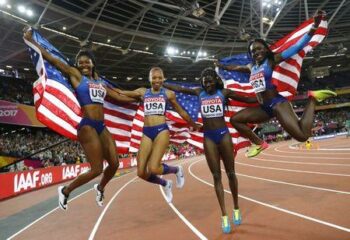 The end of her running — the end of her very identity — came when Olympian Morolake Akinosun hit a wall at the end of a race in 2018 and ruptured her Achilles tendon.

“The Achilles is the strongest tendon in the human body, and you need it to do literally everything: walk, jump, crawl, climb stairs, stand up, sit down,” Morolake says on an I am Second video. “I had it surgically repaired but I was being told, ‘Hey, you might never be the same runner that you were ever again. This may be a career-ending injury for you.’”

What rescued Morolake was her spiritual community. 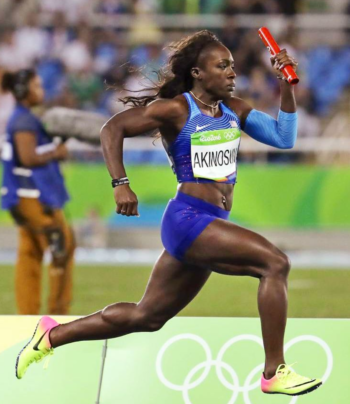 “For the first time I realized that I was surrounded by people who believed in me and not only did they believe in me, they believed that God had a plan for my life and that He was still going to be faithful through it all,” she says.

Morolake Akinosun was born in Lagos, Nigeria, to parents who were Christian pastors. The family immigrated to America when she was two years old, and she flourished at track and field at the University of Texas at Austin, where she won consistently.

“Every training cycle is about figuring out how can I break my body,” she says. “We push ourselves to the limit, breaking your body apart and coming back the next day and doing it over and over again.”

In prelims for the 2016 Rio de Janeiro Olympics, her teammates dropped the baton in between the 2nd and 3rd leg of the relay race. Morolake, who stood waiting at the 4th spot, was stunned. 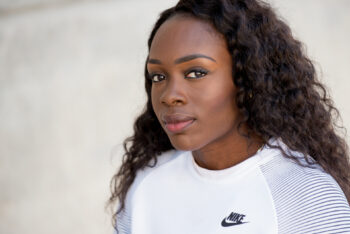 “In that moment I had that thought of like, ‘Wow, I’ve trained what feels like your whole life for a moment that now seemed to be gone and stripped from me within the blink of an eye,’” she remembers.

As it turns out, the American women’s team was allowed to re-run the qualifying race. In the final competition, they took gold.

But everything she trained for her entire life was stripped away when she crashed into the wall on that fateful day in 2018. 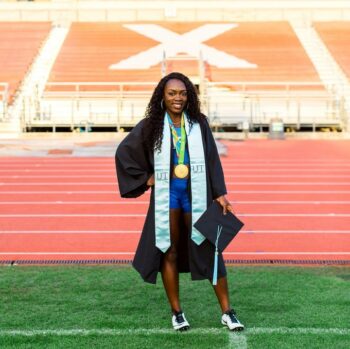 That’s when a group of Christian friends came through for her. She had been invited by them to a game night and was impressed by the diverse group. People didn’t have much in common, except for their love of Jesus and for each other.

They were “exactly what I needed,” Morolake says. “I was surrounded by people who believed in me and not only did they believe in me, they believed that God had a plan for my life and that he was still going to be faithful through it all.”

Morolake had always been fiercely independent, but now she needed the support of her Christian brothers and sisters.

“I’d never been in a place where every single one of my people that I hung out with and talked to were someone that I could also be like, ‘Hey, I need you to pray for this.’ And they actually would,” she says.

“It also made me realize that this is why we’re supposed to live our lives together like this so that when one person in your community is hurting or has fallen or can’t fight their battle on their own, that you have 10 or 15 or five or three or 25 people there who will step up and fight the battle for them that they can’t fight for themselves.”

Incredibly, Morolake returned to track, recovering from her injury.

“Prior to my injury I was always focused on breaking my body down,” she recalls. “Now I had to focus on putting my body back together. When I get on the track it’s like, ‘You did not wake up today to be mediocre.’”

Jesus — and her Christian community — came to her aid.

“The sweetest part of community is the ability to be vulnerable with people and let them see your true self and who you really are,” Morolake says.