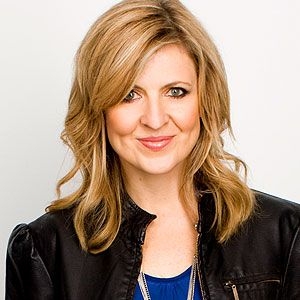 Hillsong worship leader Darlene Zschech had spent her life lifting spirits, but when breast cancer struck in 2013, she needed her own spirit lifted.

“What I found in my ‘valley of the shadow of death’ is the presence of God,” she says on a CBN video. “I realized you can only have shadow if there is light. It’s just a fact that God doesn’t leave us.”

Famous for her 1993 song “Shout to the Lord,” Darlene led worship at Hillsong Church from 1996 to 2007, after which she and her husband founded Hope Unlimited Church in 2011 in New South Wales Australia.

Amazingly, it is estimated that “Shout to the Lord” gets sung by 30 million church-goers every Sunday.

A television star from childhood, Darlene developed insecurities after her parents divorced when she was 13. As a result, she fell into bulimia for about four years.

“It took a long time for that (the wounds from the divorce) to heal,” Darlene says on SWCS Australia. “But now, I have got a real compassion for kids in that situation. It is now the rule, not the exception. Our next generation is definitely going to need answers. Divorce can definitely leave scars.”

When her dad returned to church, he took Darlene, who at 15 accepted Christ. She met and married Mark, and the couple worked as youth pastors in Brisbane. Mark felt called to Sydney, while Darlene didn’t want to go because she had just rekindled her relationship with her mom.

To resolve their conflicting sense of direction they prayed. The next morning in a small church, the guest preacher interrupted his sermon to call out Mark and Darlene prophetically: “I don’t normally do this when I preach, but whatever it is you two prayed last night, God says do it now.” 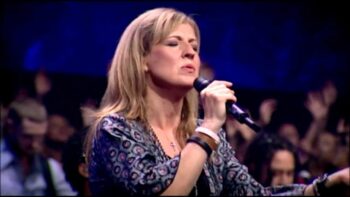 In Sydney they attended Hills Christian Life Centre, which at the time had only 100 or so congregants. They joined the worship team, and today the church, now called Hillsong, claims 150,000 members at campuses in 23 nations.

Not long after the couple launched out on their own to establish Hope Unlimited Church, Darlene developed breast cancer.

“I had to go to a deeper place with God,” she says. “God says: troubles are, going to come, but take heart, I’ve overcome the world.’ God’s presence can be found in every season, not just on your good days but also in moments of weakness.”

Still, she says, there were days she didn’t feel victorious. She thanks a friend who came to visit her and basically forced her to listen to a Bethel Worship song “Make Me Brave” that stirred her to faith and hope.

“I did not feel brave but she was like, ‘No, you will listen to this song and you will sing this song until you believe it,’” Darlene remembers. “So we played that Bethel song over and over until I really got it in my spirit that actually in Christ, I can do all things.”

Two years after detecting cancer, Darlene got the “cancer-free” diagnosis from the doctor who said, “This is quite miraculous, Darlene,” according to her blog (now offline). Darlene details her struggles in a 2018 book, The Golden Thread: Experiencing God’s Presence in Every Season of Life.

“The cancer has changed me,” Darlene says. “My kids are like, ‘Who are you mum?’ I’m not as hard on myself. I don’t work as hard. I know to rest more, I say what I think more. My value system has just tightened up a little, and I guess I know that I want to live for the praise of God.”