A gaggle of girls besieged him for his autograph at Great America because they thought he was Lil Bow Wow. Miles Minnick was 14, and that’s how he realized hip hop was his calling.

“If this is the kind of attention rappers get, let me go ahead and start rapping,” he thought at the time, as he relates on a Testimony Stories video. “It was crazy.”

He immediately started free-styling inside the theme park. He rapped at school and won talent contests. He got chances to rap in the booth. Chockful of talent, he got noticed by big name San Francisco Bay area rappers and got invited to collaborate.

Miles’ trajectory moved assuredly toward success. But then he got saved and decided to dedicate his talent to God, and now he is one of the hottest new stars in Christian Hip Hop (CHH).

Miles Minnick grew up in Pittsburg, CA, with a polar opposite older brother, who “killed it” in athletics while Miles killed it in video games. In middle school he sported dyed-tip dreads and gold teeth. 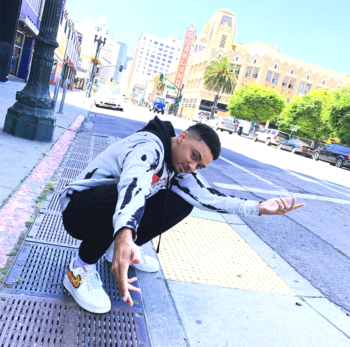 His father prayed nightly with his sons but drove them to school in the morning with gangsta rap blaring: “F— the police!”

When Miles turned 12, his brother went to a church camp and came home on fire for God.

He got a girl pregnant when he was 15, and he and his girlfriend brought the baby to class. The teacher often held the infant while teaching at the board.

“We were the school sweethearts. Everybody wanted to support us. Even though I was a knucklehead,” he admits. “I was trying to be a good dad, and I was a kid myself. The streets wouldn’t let me go.” 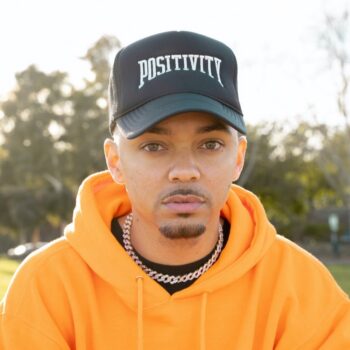 At age 16, Miles had his encounter with Christ. Ironically, it came when he was selling and smoking weed.

As he was getting high one day, a friend blurted out: “Hey bro, we should go to church!”

“Go to church? Right now?” he asked his buddy, who was also smoking marijuana. “We are high like nobody’s business. What are you talking about?”

The friend responded that there were pretty girls at the youth group. “I didn’t want to go, but they drug (sic) in there,” he says.

But youth group was closed, so they went into the main service at New Birth Church, Pittsburg.

“I was the one who didn’t want to go, but I wound up sitting on the edge of my seat, reading the songs off the projector, singing the songs,” he remembers. “It captivated me. I was feeling something I never felt before. I was fresh off the street, fresh off a smoking session. At the end of the service, the pastor pulled an altar call. I didn’t even know what that meant. I just knew I wanted it. I went up to the front, and the pastor laid his hands on me and prayed for me, and I fell out under the Spirit of God.

“I was on the ground weeping, crying my eyes out,” he adds. “I got up, and God took away one high and gave me a new one. A lot of people think they can’t go to church dirty. I came in under the influence, high, and God changed me. That day after church, the street life began to leave me.”

He immediately began attending faithfully. Five years later, he became the youth pastor. He married Tina — not the mother of his little girl — at age 18; now they have a “Covid” daughter. (The mother of his daughter cheated on him, he says.)

While Miles was going to church, he was blowing up on the secular rap scene, rapping with the hottest gangsta rappers in the Bay Area. DSB Click wanted to sign him. He did pass up the blunts and bottles though.

But something happened to change that direction. God brought him in line.

At a high school rap contest during his senior year, he realized the judges were Christians, so he quickly devised some Christian lyrics which he drew from his newly born-again experience. The place erupted with applause and cheers, and he won the contest by a landslide.

The triumph contained God’s signature: Miles should do Christian, not secular, rap henceforth.

A career was born. He linked up with a Christian organization performing in high schools. He rapped in Los Angeles at a gig where he was paid based on the tickets he sold. It was his day off (Thursday) from his 40-hour-a-week job. His group drove down to L.A. — five hours — performed and drove home to be at work. He made only $8, enough for KitKats, he says.

He wasn’t discouraged. To the contrary, he thanked God for it and took it to be a seed for greater things.

“God, we thank You for this $8 because we know where we’re going is much greater than this,” he and his buddies prayed. “But as a seed of faith to show you we appreciate it and we believe we’re going higher, we put this on the altar.”

There was church down the street that was closing up after service and he pushed his way in to lay the dollar bills on the altar.

A month later, his career exploded in California. He was booked everywhere. He wondered if he should quit his job, so he prayed intensely that night. The next morning, he got fired.

He performed in London, Los Angeles, Atlanta, and Texas.

He has performed with Hulvey, Lecrae, Wande and with nobigdyl. There’s rumors he may be signed by Reach Records.