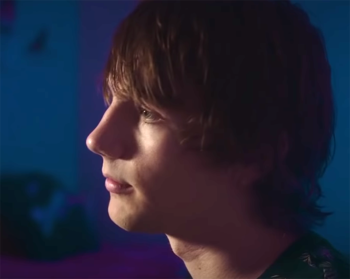 Chris Hulvey’s family was poor in finances but rich in faith. So when they found themselves without soap and lacking the money for more soap, they prayed.

“I remember my mom back when we were living in a trailer in Brunswick (Georgia),” Hulvey recounts on a This is Me TV video. “She didn’t have no soap, and so she literally prayed to God for some soap, and then soap showed up in the mailbox.”

Excuse the pun, but God came CLEAN through with the answer.

Today Chris Hulvey is the latest signing on Reach Records, Lecrae’s label. Subsistence is no longer his problem. His life now involves many opportunities for performing on stage.

As a kid in Brunswick, Georgia, he actually liked going to church. When you’re poor, free Sunday school snacks are a draw. 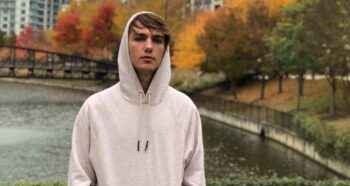 “What I really liked about it was we had snacks,” he says. “They were just always busting every time, getting some goldfish (crackers). You can’t beat that.”

He accepted Jesus at age four.

Of course, he didn’t fully comprehend everything.

In the 9th grade, Hulvey went on a mission trip and saw undeniable healing miracles. One was a man whose six fused vertebrae got “unfused.” The tangible move of God challenged his experience of “church as usual.”

“When i got home, it was just like, man, what are we doing?” he says. He felt he should contend for more of God.

As a result, he turned into a Pharisee, he says.

“I had a lot of judgmental tendencies. My friend felt judged by me,” he says. “I basically told my best friend that he was going to hell. I had conviction, but I wasn’t carrying discernment.”

As he matured through high school, he learned that his friends were lost because of confusion. They needed love, not condemnation. So he went back and asked them for forgiveness and patiently loved on them.

“In college people are doing the same things, but my whole approach was different,” he says. “I would just be there for them. God helped me to become a care-taker instead of judgement-giver.”

Drawn to hip hop, he participated in and won battle raps. He uploaded music to SoundCloud, and he started gaining traction with the listens. But since it was secular, God told him to delete it. “I was like dang,” he remembers.

What? Kill the momentum? 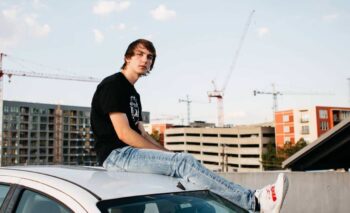 In obedience, Hulvey deleted it.

He began sending music to Ace Harris, senior director of A&R, at Reach Records. He’s the motor behind the creativity at America’s top Christian rap label.

At first, Ace encouraged Hulvey, who considered moving to Atlanta to further his desired career. But right before the move, Ace stopped communicating entirely. He went dark.

And Hulvey questioned his move. “Nothing was guaranteed,” he says.

Hulvey took a stock boy job at Publix Super Market in Atlanta. It was discouraging. The hard work paid little and left him almost too tired to creatively produce beats and lyrics when he got home. He mopped and cleaned toilets, wondering what had happened to God’s promise that he would “be a missionary to the four corners of the Earth.”

After a stretch through the spiritual desert, Hulvey signed with Reach Records.

His music has been an eruption. His rap is heavily musical.

“I want people to know Him personally,” Hulvey says. “I want to give people an opportunity to believe that God loves them. If you truly believe that He died for you, you’ll find freedom. It won’t look like anxiety and stress. You’ll have a life of peace and love and joy. I’m a Christ-bearer.”