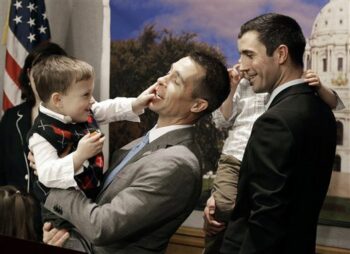 Decades of research have only confirmed that kids suffer when they lose a biological parent, whether it be through divorce, death, adoption, abandonment or third-party reproduction.

“Losing a parent is physically, mentally, and emotionally detrimental for kids,” says Katy Faust in her book Them Before Us. “Sociologists overwhelmingly agree outcomes for children are best when the children are raised by their married mother and father, a consensus backed by decades of research on marriage and family.”

This was well-established science until the Dawn of the Enlightened Era of Marriage Equality. People’s hearts melted with compassion as they listened to the stories of same-sex parents wishing for a child.

All of a sudden, a barrage of studies emerged reputedly demonstrating that kids raised by same-sex parents came out just as well as children raised by their biological parents, a mother and a father. The only thing that matters, we were told, was the stability of two loving parents. 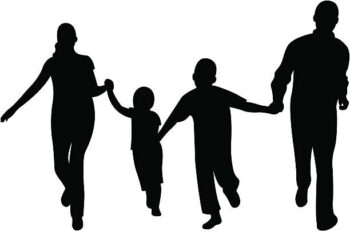 And just like that, decades of research was suddenly upended overnight.

Because the media hype went into full swing and social scientists pushed the story it was a slogan that caught on quickly and was adopted widely. Even the Supreme Court was swayed by the “science.”

“The pain in my life did not stem from the state not recognizing the relationship between my two moms,” wrote Heather Barwick in a Supreme Court amicus brief. “It stemmed from the turmoil of desperately wanting a father. I love my mom deeply, fiercely, and unconditionally. She is an incredible woman, but I also love my absent father. I ached for a father I knew I would never have.” 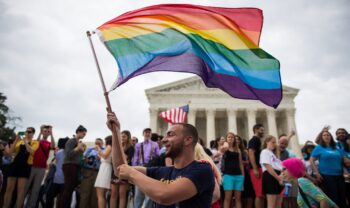 Actually, there was another problem. The “science” supporting same-sex parenting was baked. Methodology was flawed: participants were NOT selected randomly, sample sizes were small and NOT representative, reporting methods (such as same-sex parents answering on behalf of their children) were NOT reliable, according to an evaluation by the Heritage Foundation in 2015.

When Mark Regenerus conducted a legit study in 2012 – not perfect, but better than anything conducted previously – he demonstrated what family research has basically pointed out all along: parental loss hurts kids over the long run, even under the new rubric of same-sex parenting.

The equal sign was a cute logo. But the math was not equal.

“On 25 out of 40 outcomes evaluated, there were statistically significant differences between children from intact biological families and those of mothers in lesbian relationships in many areas that are unambiguously suboptimal, such as receiving welfare, need for therapy, infidelity, STIs, sexual victimization, educational attainment, safety of the family of origin, depression, attachments and dependencies, marijuana use, frequency of smoking, and criminal behavior,” the study says.

His conclusions detonated an atomic bomb of political fury.

An army of 200 social scientists arose and trumpeted in a signed complaint that Regnerus had doctored his conclusions based on his religious ideology. Leading the charge was UCLA’s demographer Gary Cates. If he accused Regnerus of being partisan, there were three fingers pointing back at him. Cates is gay.

In the ensuing bruhaha, Regnerus almost got fired from his job as Associate Professor at the University of Texas at Austin.

The message was ominous: Anyone who dares to break ranks with the current political ideology will be canceled.

As social scientists dug through his study to unearth defects, Regnerus responded in a twofold manner: 1) no study supporting same-sex parenting had been subjected to similar scrutiny, and 2) keep doing studies (but legit ones).

Two things happened since his 2012 watershed study. More social scientists worked unafraid of the woke mob. And kids started posting the cries of their heart online. They still had a longing for the biological parent that was not present.

Culling from 12,000 participants in the National Longitudinal Study of Adolescent Health, Paul Sullins found and studied 20 randomly selected children growing up in same-sex parent household. They were twice as likely to suffer depression later as adults, along with suicidal thoughts and obesity when compared to peers raised by biological parents.

Sullins followed up the study with even deeper research. Digging deeper in his data, he identified 512 same-sex parents’ homes and found the kids were three times more likely to experience severe emotional problems and twice as likely to suffer from ADHD. They also languished with learning disabilities and disproportionately needed special education and mental health services.

“No difference” is a fantasy.

While the political mob seeks to control the narrative and squelch true science, another problem has arisen for the gay parent agenda.

Kids are starting to voice their hurt.

The premise of listening to previously unheard voices led us to pay attention to same-sex parents. But would we listen to their children with the same care and concern?

Samantha Wiessing grew up with two gay dads until she was eight. 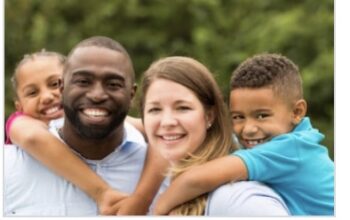 “I didn’t even know that there was such a thing as a mother until I watched The Land Before Time at School,” she says. “My five-year-old brain could not understand why I didn’t have the mom that I suddenly desperately wanted. I felt the loss. I felt the hole.

“As I grew, I tried to fill that hole with aunts, my dads’ lesbian friends, and teachers,” Wiessing adds. “I remember asking my first-grade teacher if I could call her Mom. I asked that question of any woman who showed me any amount of love and affection. It was instinctive. I craved a mother’s love even though I was well loved by my two gay dads.”

Today, Samantha works as director of development for Them Before Us. She hopes to help other kids avoid the devastation she felt as a child.

Others fear to speak out openly because they don’t want to be doxed, threatened, targeted or accused of being a bigot. For them, there is AnonymousUs.org. You can hear the plaintive cry of father/mother hunger.

“I’m a 15-year-old girl and I have two moms. They’re wonderful and the best parents my sister and I could have asked for,” writes one. “But still, I want a dad. I’m not saying that I’m against gay marriage or gay parenting. I just want a dad, and I feel bad for saying that.”

“Father’s Day sucks,” writes another. “My mom thinks its society when really it’s just her. I love her but yeesh. She talks about genders like they don’t matter when raising kids. I want to know who my dad is. I need to KNOW him. I need to bond with him and do daddy-daughter things. He’s half of who I am. We’re flesh and blood. He’s literally IN my DNA. Why don’t people get that?”

As John grew up, his dad became transgender and his mom declared himself lesbian. His cry is that everyone expects him to shush his feelings and affirm his parents’ feelings.

“One of the harshest realities of all of this is – though I love my mom and dad – it’s not enough to accept their choices and do the best to love them where they are at,” John says. “Instead, I’ve been too often scorned for not adapting to and even celebrating my parent’s new sexual identities. Acceptance isn’t enough; I have to ‘be good with,’ even happy, about Mom identifying as a lesbian and Dad as trans.

“It’s like being asked to praise the knife that hurt you.”

The overflow of pain is why Faust named her organization and her book Them Before Us. Before we cater to parents’ wishes to have and raise some kids of their own, we need to cater to the children’s needs and rights to have their own biological parents.

If the biological parent abdicates his/her role, we do the best we can for the kid.

BUT we should not turn baby-making into an industry (a profitable industry called surrogacy) and not give a fig about the fruits of that industry, Faust says.

“When the voices of the children cut through the noise-making adults, it was painfully obvious ‘marriage equality ‘ for adults would result in childhood inequality,” Faust says.

All the information for this article was adapted and edited from Chapter 6 of Them Before Us.