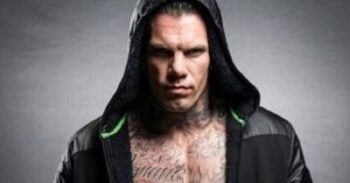 Without a supportive, loving family behind him and virtually without friends, Cody Bates came to even hate himself.

“I spent my whole life being bullied. I spent my whole life clawing my way, desperate for people to show me affection, desperate for people to treat me like an equal and I never got it,” he says on a The Meeting House video. “When I was in prison, all of a sudden for the first time in my life, guys that were cool guys in the institution that liked me and wanted to be around me. So I decided I would do anything for them.”

Cody Bates grew up with three different dads in Calgary, Alberta. “At a very young age I learned that loving people is dangerous,” he says.

He acted up in school, got into trouble and went to juvenile hall. When he was 15, he was taken to an institution for high-risk youth jail, Calgary Young Offenders Center. 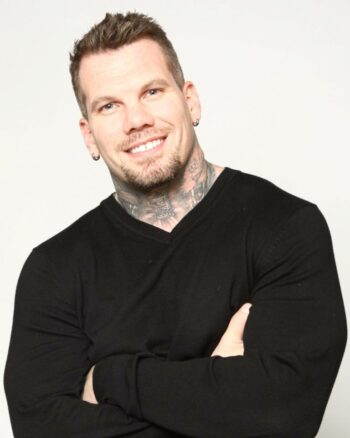 That’s where he finally made friends. While they were the worst kind of friends, they were the only friends he’d ever made. Acceptance from gangbangers made him want to become a gangbanger.

Once he was released, he sold narcotics, participated in home invasions, and got involved in kidnappings — all for his “friends.”

At the age of 22, he killed a rival over drug turf. It was a natural progression of violence in his life. But it was also a terrible milestone. It detonated an immense explosion of darkness in his mind and heart.

“Something happened inside of me after murdering someone that just shut off completely,” he says. “It was a very evil day. The darkness that took my life over that day was all-consuming.” 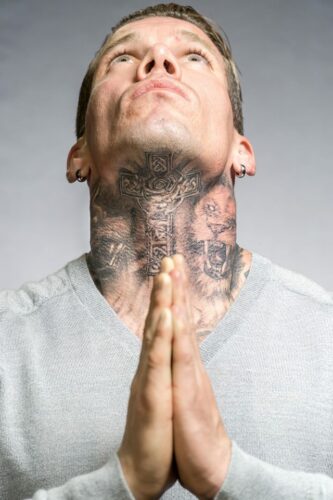 Police caught up with Cody and arrested him. He was charged with first degree murder, sentenced to 25 years, and taken to Calgary Remand Centre, a maximum security facility. “I was looking at spending the rest of my life in jail,” he says. “My heart just went black.

“Every time I went into a cell with somebody, it was always coupled with a masked statement that I wanted to move up within the ranks of the gang,” he remembers.

Cody says he rose within six months to the highest-ranking gang member in the prison.

His gang was at war with the largest prison gang in Alberta.

“It was literally 24/7, a gladiator school and knife fight,” he says.

Because he became so dangerous, he was confined to super max classification and placed in solitary confinement. He had belly shackles and private escorts to court.

Then he was transferred to Edmonton Institution, the most violent prison in Canada. Of the 150 inmates, they’re all “violent brutal killers, everybody,” Cody says.

“Any weakness you have, you have to just destroy before you get there, because those guys are well-versed in people reading, and they can smell fear a mile away,” Cody relates. “When you walk into that place, you gotta walk into there void of emotion, otherwise they’ll eat you alive.”

In 2009, his murder charge was dropped after he worked out a deal with prosecutors in which he pleaded guilty to manslaughter. He was released after six and a half years.

Cody wanted to put the gang life behind him so he went into car sales.

“I made lots of money,” he says. But being sober was an agony for him and he fell back into cocaine.

“My goal was to stay high until I died,” Cody says.

To support his habit, he built a cocaine distribution apparatus that grew from a 100 or so to more than 1,000 customers. Dozens of dealers worked for Cody.

His own addiction exploded to $1,500 a day. He only slept once every six days, the rest of the time he spent getting high. 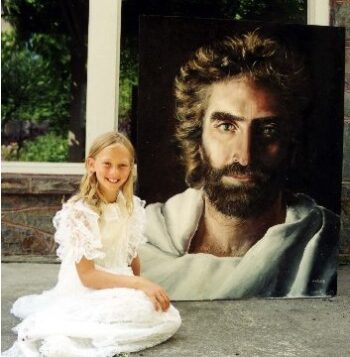 One day a customer showed her the portrait of Jesus painted by Akiane Kramarik, a seven-year-old artist prodigy. Cody was captivated by the one named “Prince of Peace.”

“I remember looking at this painting and looking into his eyes, and for the first time in my life I believed that God was real,” Cody says.

But he didn’t immediately throw himself at the feet of Jesus. He believed there were too many barriers. He didn’t understand that he could be forgiven and freed of his sin. He thought the onus was on him to do it all. 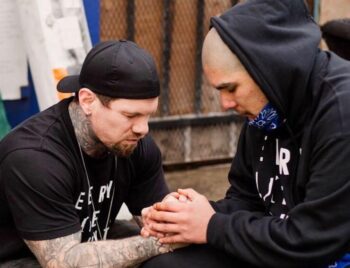 He had sinned so much. “What would Jesus want with someone like me?” he asked, disqualifying himself. “Up to this point, I was a convicted killer, a diagnosed sociopath, a gang member and drug dealer.”

So instead, he plunged deeper into sin and hopelessness. Predictably, it led him to think suicide was the only answer. 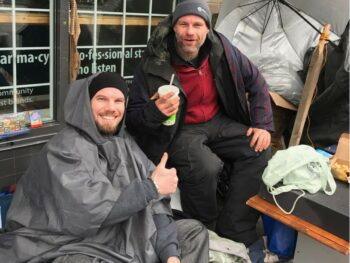 “I was just so filled with pain, with shame, guilt and hurt,” he recalls. “It felt like the world was on my shoulders.

But as he looked at the ceiling with blood all over the place, something remarkable happened.

He heard a voice from Heaven announce: It’s over. It’s over. Your suffering has come to an end.

Cody had never attended church. He had never even opened a Bible.

But somehow, he recognized the voice of Jesus.

To be sure, it was a rough detox.

“But I found myself in pursuit of Jesus,” he says. “I knew that he saved me.”

He was also confused by so many names. Was he Catholic or Protestant or Jehovah’s Witness or even Mormon?

To answer this question, he googled Akiane Kramarik.

His uncle was a Christian, so he accompanied him to the Black Diamond Gospel Chapel.

“At the end of the service, I get up and go running out,” he says. “The pastor chased me out and put a Bible in my hands.

God spoke to him through the Bible. His mind started to clear as weeks turned into months. “It was all Jesus,” he says.