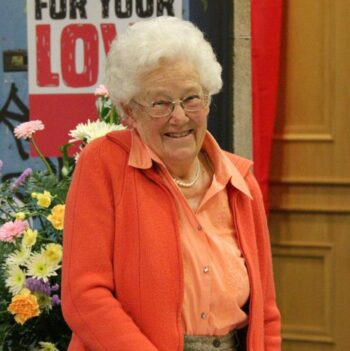 “Why, God?” Helen Roseveare asked after being brutally beaten and raped by Congo rebels for five months while she served as a missionary doctor in 1964.

Can you thank me for trusting you with this experience even if I never tell you why? was the answer she received.

It was a strange answer.

But also, God gave her a striking revelation about surviving a dungeon of torture.

“It’s external! You’re sinned against. It’s not your sin. It can’t touch your spirit,” she explained on a 100 Huntley Street video. “It’s only your body. But it can’t get into my mind or soul.”

Helen has used her captivity to encourage others who feel powerless to defend themselves against unimaginable acts of evil.

Helen Roseveare became one of the first females to graduate as a medical doctor from Newnham College, Cambridge in 1945. She became a Christian because of the testimony of some of the girls in her school and almost immediately set off to the mission field in the “Heart of Darkness.” 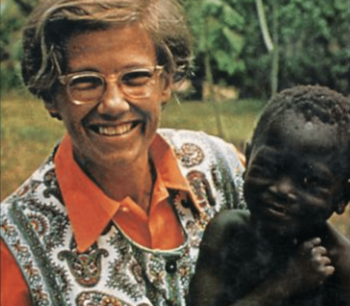 She tended to patients, built hospitals and trained Africans in medical science indefatigably. While serving the population she was taken captive in the Congo during the tumultuous 1960s along with other foreigners. As was always the case, she turned into the leader, even in captivity.

“When the awful moments came in the rebellion you almost felt, no, this has gone too far. I can’t accept it. It seemed that the price was too high to pay,” she says. “And then God seemed to say, Change the question from ‘Is it worth it?’ to ‘Is He worthy?’”

During her captivity, she helped aid medically 80 Greek Cypriots, workers abducted by the rebels. Especially one lady was in pain, seven months pregnant, so Mama Luca — as she was known — was called upon to attend to her.

With rebel guards on either side of her, she stepped among the cowering Cypriots until she found the needy lady. She didn’t speak Greek, so she went through the languages she knew one by one to ask if she was hurt: English, French, Swahili, Lingala.

Finally, she found someone who could translate into Greek and eventually led not only the lady but the whole prison hall of captives in a sinner’s prayer. As the only area doctor, she had attended to the Cypriots for years but had made no headway in evangelizing them. 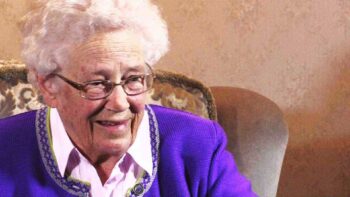 But suffering brought a new openness to the Gospel.

“When I eventually left the house, they’re all looking up and smiling and they want to shake my hands,” she remembers. “It was wonderful. God, you are marvelous.”

As was their custom, the rebels subjected Mama Luca to a mock trial. The people in the area were orchestrated to participate in the judgement of “colonial, imperial crimes” committed by foreigners. Under the threat to the rebels’ guns, the locals had to join their voice in a chorus of condemnation, calling for the death sentence.

Responding to the beating of the drums, 800 locals came to her trial. You didn’t dare ignore the calls of the rebels because only they had guns. At a certain signal, they all shouted, as was the custom in these roughshod trials: “She’s a liar! She’s a liar!”

Then they would shout “Mateco! Mateco!” which meant “Crucify her! Crucify her!”

“You knew you would die. You didn’t know how,” Mama Luca recalls. “There came the moment in the trial scene when they must have been given the sign. Suddenly these 800 men suddenly, instead of seeing me as the hated white foreigner, they saw me as their doctor and they rushed forward. 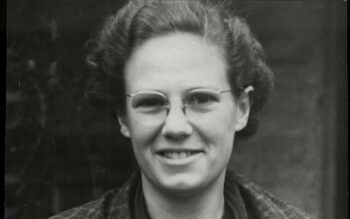 “They pushed the rebel soldiers out of the way and they took me in their arms. In that wonderful moment the black-white barrier had gone and they said, “She’s ours.” They used a word in Kibbutu, which really meant, “She’s blood of our blood and bone of our bone.” The rift between dark skin and pale skin was driven away and we were reunited as one.”

“God used so many things that He’s working out his own wonderful purposes,” she says. “Many, many came to the Lord through those days of suffering. The walls of division were broken down, and the kingdom was expanded.”

Helen had refused to read Foxe’s Book of Martyrs assigned by her missionary field director. “I said if God ever asks me to be burned at the stake, I’ll say yes, but I won’t be singing,” she remembers. “I just couldn’t take it all.”

But then she and her missionary cohorts were indeed taken out to be executed by firing squad. Contrary to what she had anticipated, she found herself singing.

“We were singing every song and chorus we could think of with the name of Jesus,” she says.

“We were singing in English, French, Swahili, anything, so the last word that these rebel soldiers would hear before they shot us was the name of Jesus.

“We weren’t singing to impress our captors. Something else was very real in that moment when you thought you were about to die, and that was the presence of Jesus. Jesus was there. He was so wonderfully there and it was a privilege. It was just this wonderful certain knowledge. I was going to go to be with Jesus, and really at that minute nothing else counted.”

Ultimately, Helen was spared. She was released by her captors and returned to England to recover for more than a year.

In 1965, she returned to the Congo to help with rebuilding the nation and to continue as a missionary, where she continued to see miracles.

One miracle has gone viral: the story of the rubber hot water bottle.

A baby was born prematurely in the middle of the night. The mother had died in delivery.

They needed a hot water bottle to sustain its life. Dr. Helen knew the grim reality: their last bottles were deteriorated; the chances of this baby’s survival were realistically nil.

But she told her group of orphan girls to pray.

“I told the children of this tiny baby and asked them to pray for the nurses that they would stay awake all night to keep that baby warm,” she remembers. “One little 10-year-old girl, Ruth, prayed in the usual blunt way of our African children, ‘Please, God, send us a hot water bottle. My God, it’ll be no good tomorrow! Send it this afternoon. If it comes tomorrow, the baby would be dead.’”

Dr. Helen didn’t know if she should encourage such futile hopes in the orphan. “I was sort of swallowing hard.”

Ruth continued unabashedly, “While You’re about it, God, would You send a dolly for the little two-year-old sister, so she should know that Jesus really loves her.”

No parcel had ever come to Dr. Helen in that region for four years.

“That afternoon the parcel came,” she said. “t was the first parcel from home. Despite the fact I live on the Equator, somebody packing that parcel had been prompted by God to put in a hot water bottle. And a child from my bible class at home had put in a dolly for the little girl.

“That parcel had been on the way five months to get to us!”