Most people won’t entertain the notion of donating a kidney — even though it’s kind of like a spare tire.

But I did just that — and I did so in an underdeveloped country where surgical standards and hospital cleanliness are subpar.

What led me, a long-term missionary in Guatemala, to want to give up a part of my body to a mere acquaintance?

It started with a long Sunday article in an American newspaper. The author spoke about her own need for a kidney donor and the near impossibility of finding one. She was a public speaker who traveled, so dialysis wasn’t viable.

None of her family members were a match, and acquaintances who were a match demurred. When she’d lost all hope, an almost total stranger offered their kidney.

For reasons I ignore, U.S. law does nothing to encourage kidney donation. You can sell plasma but selling a body part is considered inherently abhorrent. Never mind that the recipient really needs a kidney and the donor could get by with one and probably needs the money. It’s just taboo.

America’s Social Security system is crushed by the national dialysis bill of $100 billion, but the U.S. government offers no tax incentives for donors. Recipients could become again productive members of society and tax-payers but have to wait on interminable lists for vehicular accident donors. 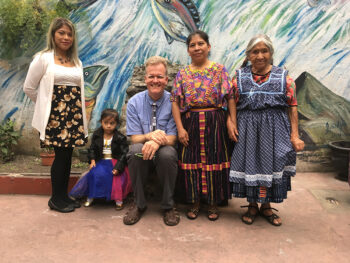 The article stirred me deeply. Here was a way to be like Christ, to give above and beyond to help a needy human selflessly.

I’d been a church planter and school planter for eight years in one of Guatemala’s roughest neighborhoods. We had started with street kids and had worked with gangbangers, drunks, prostitutes and their children. It was an adventure and taking on new challenges turned me on.

It wasn’t long before my desire, which I kept to myself, found an opportunity. Brother Alfredo (not pictured in this article for his privacy) was newly attending our church. Doing ministerial visitation one night, I learned that he had been suspended from work because of kidney failure. The dialysis left him exhausted. He had a strict diet and couldn’t do much. The wait for a donor was years. 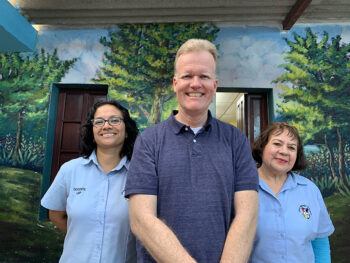 How about if I give you my kidney? I asked undramatically.

I don’t know if Alfredo thought I was serious. We would have to make sure the kidney was the right shape, along with the correct blood type. There was a very strong chance I wouldn’t be an adequate match; I’d be off the hook.

As the days of testing in government hospitals drew on, the implications of my commitment began to hit me. I had a wife and three kids to worry about. I also knew that I was on my own on this one: I hadn’t consulted my pastor stateside. But I felt like my offer, given all too easily, maybe even flippantly, was a promise that I couldn’t’ take back. I had to face up to all the potential fallout alone. Part of me hoped I wouldn’t be a match.

But after days of testing at the government hospitals, everything lined up. It was green light. With somber joy and a little trepidation, I knew I was going through with it. Alfredo and I interviewed with doctors, support staff and psychologists. 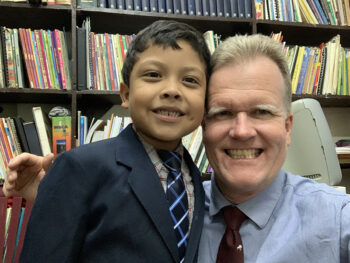 I wasn’t too enthusiastic to learn that the surgery wouldn’t be laparoscopic, through inches-long incisions with sophisticated instrumentation guided by microscopic cameras. That’s the way it’s done in the United States, and you’re released quickly afterward to resume life. In Guatemala, they had that technology, but the donated machine had broken and they were not yet able to get it repaired, I was told.

The surgery would be old school, a cut around half of the waist. I felt like I would be a half-chopped tree trunk. Recovery would be much longer and more painful, I surmised grimly.

Still I remained steadfast in resolve.

I was interned at a government hospital for days. There was black mold on the opposite wall where the rainwater had drained through. It hadn’t been repaired and wasn’t cleaned up. Lower medical standards generally prevail in the developing world. What I knew about spores unnerved me, but still I stayed. 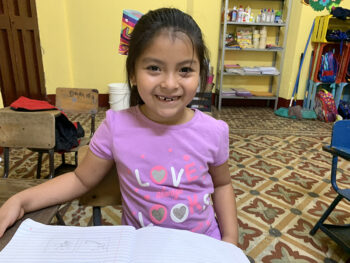 There was a friendly man in the bed next to me, and we got to talking. His toe was black, as if charred by fire. It was gangrene which gathered strength through his type 2 diabetes. He had been a Christian but backslid and fell into drinking regularly, which gave rise to the diabetes. Now, he was repentant and sober. He talked optimistically about losing only the toe. But when he was asleep, I overheard doctors talking about amputating the entire leg. I didn’t have the heart to inform him.

In public hospitals in the developing world, you’re surrounded by death. It makes you want out as quickly as possibly, as if you needed to escape the black-robed, scythe-bearing figure before he notices you and swipes your life away. 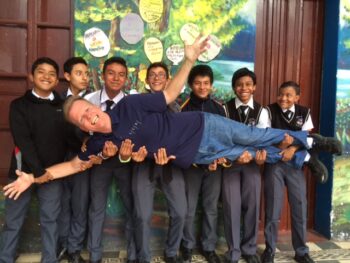 The day came finally came when I was wheeled into the hyper-hygienic operating room where transplants were performed. I remained optimistic and conversed in a friendly way with everyone. Alfredo was super-excited.

The last thing I remember was the anesthesiologist. As he put the mask over my mouth, he was sniffling. I asked him if he was sick and worried about infection. He seemed annoyed. He responded that he had already come out of the contagious phase. Everything went black.

I didn’t know what a catheter was, but I found out. It was a burning pain when they removed it.

Previously, I had an operation on my ankle to screw a bone chip into place, and my recovery involved 24 hours of excruciating pain. Because I was cut all around my torso on this surgery, I braced myself for worse pain. As it turned out, the pain was negligible. The operation on the bone was far more painful because leaving metal parts in the bone exacerbates the pain.

My torso had an impressive railroad track of staples halfway around the world. But those would slip out painlessly when the time came.

I was really excited about the prospects of Alfredo starting a new life. He was down the hallway with the recipients, and we would yell friendly jests back and forth.

Alfredo would be a special friend, I thought. Part of me was in him. He had learned about the giving side of Christianity and, out of gratitude, would serve Jesus forever.

My expectations were disappointed. After weeks of trying to get the kidney to work for Alfredo, the transplant failed. My donation — with all the risk I’d affronted — was in vain. Either I had proceeded presumptuously and had not consulted God or something else was afoot.

The failure of the kidney donation brought some soul-searching. All for nothing? I thought. But then I remembered that all Jesus did on the cross is for nothing with many people who spurn Him.

Then, Alfredo backslid. He stopped attending church. I was doubly confounded. But I wasn’t mad that he “took my kidney and ran.” I couldn’t be mad. Part of me was in him. I loved him still. It made me realized that even when people receive a gift from God and turn their backs on Him, He still loves them.

To be honest, I couldn’t completely rule out that I was simply laying hold of any justification for my rash and unwise decision to donate.

When a doctor in my sending church in the U.S. found out about my donation, he asked about the “pastor” to whom I had given the kidney. He assumed it must have been a dear brother in the Lord. I didn’t have the courage to correct his mistake and tell him the recipient was a guy I barely knew and was currently backslidden. He might rebuke me, I feared.

I did get rebuked by the church board, who were none-too-pleased that I had failed to notify them of my hopes to be a donor. Apparently, they thought I was being a loose cannon rashly jeopardizing the ministry and my family.

Of course, they were right, but I felt disconsolate and abandoned. I had believed I was being Christ-like. The results were failure and my friends got mad at me.

If anything in Guatemala, I learned to slog on, to trudge through mire and keep putting one foot in front of another. There were highs and disappointments, there was success and failures. I witnessed dehumanizing moments that wore me down. I tried to be a hero for poor kids in our school, and I stubbed my toe constantly because of my surging humanity.

The Guatemala adventure came abruptly to an end after 15-and-a-half years. After changing a sizable check for cash at the bank, four gunmen on two bullet bikes caught us at a stoplight with a car in front and a car in back. They got the cash, our passports and all our papers.

The crime was traumatic. I went numb and dumb all that day. 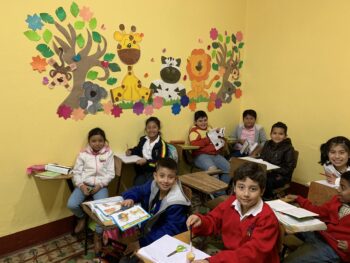 At night as I kept thinking about it, I realized the criminals, not your average street hoods, were highly organized. They’d return for a kidnapping.

Terrified, I moved the next day to another missionary’s house. I decide this was God’s way of telling us that it was time to move on, to return to the United States, which we did as soon as our temporary passports came through.

I came back into the Lighthouse Church in Santa Monica and got involved in teaching in the school. I was on the cleanup crew and started writing for God Reports, reviving a journalism gift from my college days. After six years, I was launched as a pastor to the San Fernando Valley.

I don’t think about my missing kidney. The scar is negligible now, and I keep myself in pretty good health. I wear a necklace always with information for ER doctors in case I get into an accident. Surgeons need to make instant decisions in cases of trauma; they’ll let a kidney go to save another organ because usually a person has two functioning kidneys.

He can lose one.

Do you know how much suffering patients with kidney failure go through?

I’d do it again if I had another one, and I’d bet there’d be a much better chance for success here in the United States. But when my adolescent daughter told me she would donate when she got older, my protective side rose up.