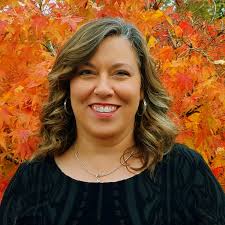 The day after being exposed to pornography and being molested, 3-year-old Anne Paulk started dressing like a Tomboy.

“I was no longer interested in dolls,” she says on a CBN video. “It was everything to do with throwing off the feminine because it was unsafe.”

Anne was raised in a Christian home, but the seeds for lesbianism had been planted right there.

“I felt responsible for what an older person did to me,” she says. “I felt uncomfortable in my own body. I felt unsafe.”

When she was six, a little girl “made a pass at” her and kissed her.

“What I realized right then is I felt like I had power as opposed to being powerless in the other circumstance,” she says. “And that ignited a lesbian desire later on in life. That was really the starting point of that turning of my feelings.” 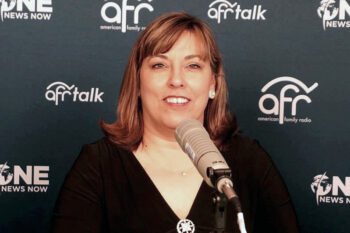 Up until college, she pretty much suppressed the lesbian inclination. But when she entered the university, a libertine environment and substance abuse created the perfect cocktail to carry out her curiosities and cloud her confusion even more.

“I found myself quickly getting involved in alcohol and drugs on campus. They were everywhere. And that also gave me room to explore my sexual desires.”

She sought counseling, but her advisor told her “the Bible and homosexuality go just fine together.”

Nevertheless, “I just sensed that there was something off about that,” she admits.

Even though she had been raised in a Christian home, Anne had only heard about God; she had never known Him personally.

She began attending gay support groups and hoped to find a partner to marry and live happily ever after.

The Holy Spirit had other things in mind. One day right in the middle of the gay support meeting, he spoke to her heart: The love that you’re seeking, you’re not going to find here.

“It felt like a ray of light from heaven hit me right in the middle of this gay meeting,” says Anne. 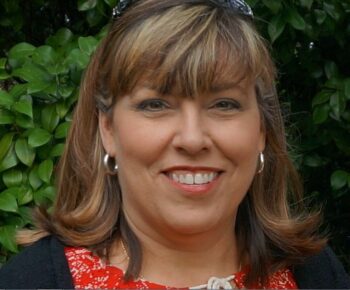 She left the meeting and went home and prayed. “If You are the Christian God, which I hope you’re not, here are the things I need to see happen. Boom, boom, boom, boom.”

She rattled off a list of signs she wanted to see in order for God to prove Himself to her.

“He answered all of them,” she marvels.

She changed her crowd and hung out with Christians. “These were Christians who actually knew Him, and those led to conversations where He became really apparent.”

Once in a Bible study she was trying to pray like everyone else.

“I was pretending, you know, this is what you do. You put your hands together, you bow your head,” she remembers.

But the pretending was cut short.

“There was a person in that room, a person who was full of grace and kindness, and full of authority,” she remembers. “He just revealed Himself to me that He was in the room weaving in and out amongst the prayers of the saints.

“But around me, there was such a gap. There was a hole. It was void. And I knew that night.”

She surrendered to Jesus as her Lord and Savior and felt an immediate change. “I literally felt like God had filled me, energized me, filled me up with joy in a way that was hard to describe.”

For four years, she walked with Jesus. Then she fell back into entanglements from the past.

Broken and frantic for transformation, she connected with a ministry in California that pastors to the explicitly broken.

“It gave me an example of people who are actually walking out faithfulness to Jesus while facing same-sex attraction,” she says. “It gave some examples of really far down the line of some people who were now married to people of the opposite sex, who had kids and were thriving in that relationship.”

Through years of seeking Jesus and ministering to her broken heart, she forgave the people who had perpetrated evil against her. And she discovered an attraction for men that culminated in getting married and having three kids.

“I never would have guessed that,” Anne says. “And then having three children, I was given a bounty of beauty in place of my struggles by the King of kings and the Lord of lords.”

Today Anne leads Restored Hope Network, a ministry that assists people who want out of their same-sex attraction.

“I am so grateful that the Lord raised me up to be a leader in this movement of helping people leave homosexuality. That is joy,” she says. “It is absolute joy for me.”