By Amber Varela and Michael Ashcraft —

While Covid’s quarantines have been a downer for most, Israelis have begun binge-watching videos about Jesus, an outreach group reports.

One For Israel, which posts videos refuting the Israeli rabbis’ denial of Jesus, reported in May 2020 a 40% increase of viewing on their channel. Many viewers requesting more information say they “binge-watch” about Yeshua (the Hebrew name for Jesus).

“I’ve watched video after video and started investigating for myself and soon I was binge-watching your videos non-stop,” a viewer from Beersheba wrote. “I was very interested to know what really goes on in Rabbinic Judaism and the contrast with New Testament faith. Can you connect me with a congregation nearby?”

Because of the efforts of the rabbis to control the media in Israel, there are Israelis who know virtually nothing about the man from Galilee who ministered throughout Judea and Jerusalem.

One For Israel — which boasts the world’s only Hebrew Bible college in Netanya, Israel — has challenged the rabbis’ stranglehold on religious thought through a means the rabbis cannot limit: the Internet. One For Israel posted a series of videos backing Yeshua’s messianic claims that upset many of the nation’s rabbis, their videos say.

“This is a most significant awakening that we see happening, the impact that Christ is doing through bringing the gospel out,” says Dr. Eitan Bar. “We see how ready many hearts are to receive Him once they hear in a way and in a manner that is relevant and understandable.”

The revival via internet has been brought about in large part by Covid. On the one hand, people forced to stay home are bored. On the other, they are confronted with a dangerous disease that makes them think about eternity, says Dr. Erez Soref, president of One For Israel.

“During the Corona, I received Yeshua into my life,” one viewer said. “I realized that I believe in Him and what He did for me. I want to investigate what a believing community looks like and what it’s like to pray with other believers in Yeshua in Israel.” 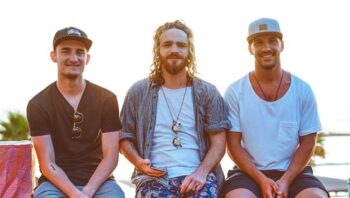 In April 2020, One For Israel reported 4.7 million views of their videos.

“This is pretty awesome stuff. We are getting more and more those kinds of things,” says Dr. Eitan. “I think the crisis is causing people to rethink their faith.”

An orthodox Jew wrote in April, “I thought the Messiah would come this Passover and suddenly I came across your video and told myself to look at it to test you. Fortunately — but maybe unfortunately — I realized you speak the truth.

“I have to confess I started looking at your site on a daily basis, even until I fall asleep. Everything changed. I don’t know what is going to happen with my life.”

Dr. Eitan, director of media outreach at One For Israel, says revival has started among the Jews in Israel. “This is only the tip of the iceberg,” he says.

One For Israel hosts discipleship videos for those who are still too shy to join a local congregation until they “come out” as Messianic Jews.