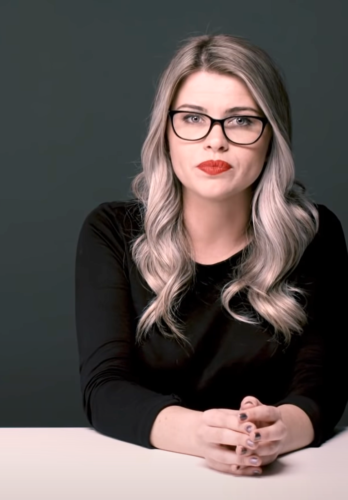 Anastasia Ohkrimenko grew up knowing the terror of Palestinian attacks in a small Jewish settlement on the West Bank.

“The thing that scared me the most was the Arab language when I heard it,” she says on a One For Israel video. “It reminded me of shootings and rocks flying and people I knew who got killed.”

But then she was led by Isaiah 53 to enroll in the One For Israel Bible College. On her first day in Chapel, they played a worship song to Yeshua — in Arabic.

“Every note that they played took off layers and layers of fear, hate, pain, war, everything that was just choking me,” she says. “Every word that they said in that same language — that terrified me to death a few years before — sounded like the most beautiful thing in the world to me.

“And that is the power of the Gospel. It has the power to clean and heal and make us new again.” 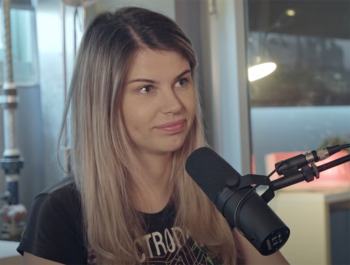 Anastasia Ohkrimenko (also spelled Ohrimenco) was born into a Jewish immigrant family from Moscow in the milieu of conflict on the West Bank, the area of longstanding dispute between Palestinians and Jews, which contains many Israeli settlements.

As a kindergartner, Anastasia had no idea about the enduring conflicts between Israelis and Palestinians, who still claim the Holy Land is theirs from before the foundation of modern Israel in 1948.

All she knew was that at any moment, an angry Arab might kill her, her family or her friends. The Jews would repeat often: “The Arabs are the enemy.”

Unlike some of her friends, she wasn’t attacked. As she became a teenager, she noted a dissonance between the loving God of the Bible and the description by the rabbis of a vengeful sovereign who would inflict punishment if you violated Sabbath. 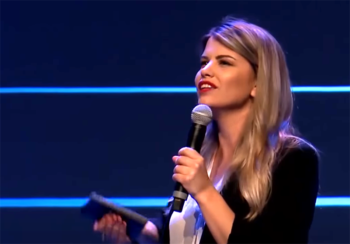 For a time, she decided to walk away from God, but God never walked away from her.

The return to vibrant faith ignited when she dared to open the Bible and read “the forbidden chapter,” Isaiah 53, which Christians view prophetically about the suffering Messiah. Jews, she said, skip that chapter and must never ask about it.

So when Anastasia ventured to read Isaiah 53 for herself, the truth that it speaks about Jesus the Messiah was revealed to her in an epiphany.

“The first time I read it, something happened. I recognized Him. I saw Him. All my questions were answered at that same second. I realized that He knew what it was like to be a human, and He made a way for us to get to Him because we couldn’t do it by ourselves.”

Then she saw the world through Jesus’ eyes. Among the changes of perspective was a love for Arabs, replacing the fear.

Anastasia produces videos on the One For Israel video team in Netanya, Israel.