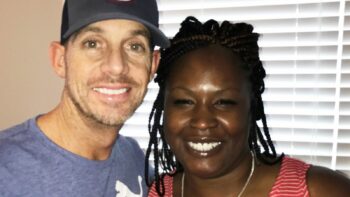 After dropping his family off at church, Chris Wright circled back to pick up a lady walking down the side of the road with a gas can that he had seen on his way to Sunday morning service.

“She was down on her luck,” Chris said on the Today Show. “She had only $ 5 in a purse and was worried about feeding her child. I filled her gas can and drove the woman back to her car. As I started to leave, I felt a nudge to give her what I had in my wallet $40.”

The act of kindness toward TunDe Hector came at her neediest moment, and tears welled up in her eyes.

Three years later, Chris’s mom suffered a life-threatening disease and was hospitalized. After days, she was released but needed a nurse’s aide to monitor her at home. 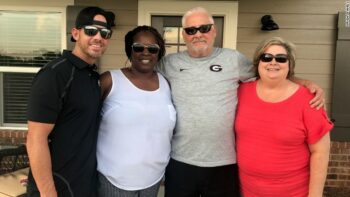 The nurse’s aide turned out to be the same woman he helped at the side of the road – TunDe. At first, Chris didn’t recognize her and TunDe didn’t recognize Chris because the day he popped by he was wearing sweatpants and a cap on backwards.

But they did get to talking, and TunDe found out that Chris attended Cornerstone Church in Athens, Georgia. That’s when she brightened and recounted the story of how “a young man” from that church had performed an act of kindness to her three years earlier.

“My jaw dropped,” Chris says.” I couldn’t believe it. I saw myself three years earlier being tugged to help a stranger.”

“That was me,” he blurted out. 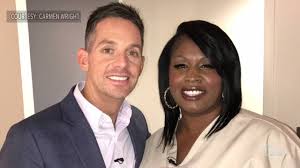 “She was flabbergasted,” Chris remembers.

As they spent moments jointly marveling at the “strange coincidences” that had brought them together again, TunDe said she believed she had been “divinely aligned” to return favors by giving Chris’s mom the best care possible.

As the days passed into weeks, the bond between TunDe and Chris’s mom became profound. She was more than just an acquaintance. She was a part of the family.

When Chris’s mom passed, he thought about how he could bless TunDe once more. She had talked about studying to become a full-fledged nurse for 20 years, but time and limited resources had never permitted her to pursue her dream.

Chris started a Go-Fundme campaign that raised $37,000 for her to take time off from work and complete nursing school.

“I was raised in a family of faith, so my mom always taught me to treat others the way you want to be treated,” Chris says.

“That meant the world to me,” TunDe says. “It was crazy.”