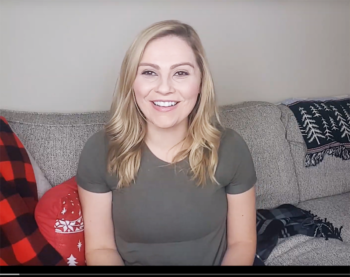 Ashley Johnson’s struggles with drugs began when her mother was four-years-old in a barn being raped. That was the beginning of the cycle of destruction, depression and despondency.

Years later, when mom was pregnant with Ashley, the devil tormented her with suicidal thoughts, Ashley says on a YouTube video. Eventually, Mom got saved and kicked the devil out of her life.

But before that, mom was an alcoholic and left little Ashley to stay with grandma, who took her to church.

Her first touch from God came when she was nine. After participating in an evangelistic play as one the main actors, she answered the call to the altar.

“I realized Jesus was real,” she says. “I remember being super excited and standing outside of the church and telling everybody how good God is.”

Nevertheless, she says, she didn’t accept Jesus yet. She only felt God.

“I didn’t pray that prayer” of salvation, she says. “Everybody prayed it for me. But I did not make Jesus Lord over my life. He did not save me, but He did call me.” 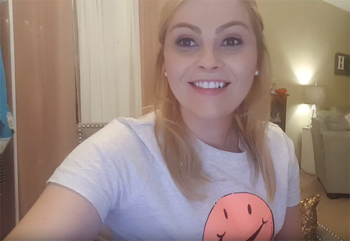 As she grew up, she felt insecurities; especially that she was the only child who didn’t have a mom actively involved in her life. Unlike the other kids brought to church by their moms and dads, Ashley was brought by her grandmother.

“I grew to hate church,” she says. “I became very embarrassed. I was very insecure about a lot of things. I was a very shy and timid kid.”

Evil things started happening in her life, and in response, she rebelled. It came to the point that grandma couldn’t handle her, so Ashley was sent to her parents to live.

“I didn’t want to go live with my parents,” she says.

Her parents were alcoholics, and Ashley fell out of church attendance.

At a party at age 11, Ashley got drunk and high for the first time.

“When it kicked in, I was like whoa whoa whoa. I didn’t know what it was like to be drunk,” she says. “That night, I almost got eaten by a dog because I tried to leave. I almost got shot by a gun. I woke up the next morning, and I was wearing this guy’s boxers. He had to be in his 30s at the time. He had his arm wrapped around me.” 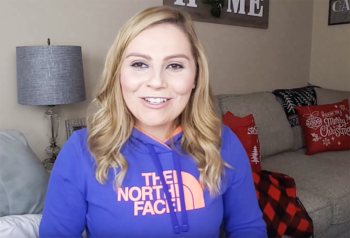 Depression overtook her by the time she entered junior high.

“I would look out the window and imagine dying. I was so depressed and suicidal,” she says. “I was just a very miserable kid.”

The world’s answers — partying, experimenting with drugs, skipping school — did nothing to help the fundamental reason for the agony in her heart.

“I was a pretty wild child by the time junior high rolls around,” she says.

In high school, she dated a drug dealer.

“I had access to any of the drugs that I wanted,” she says. “My partying became obsessive. It started out with pot and alcohol and then it turned into more. It turned into ‘I’m gonna try this pill. I’m gonna try acid. I’m gonna try shrooms.’ It got to the point where I was experimenting with all different kinds of drugs.”

But her favorite was crack — and oxycontin, which she and friends stole from an 80-year-old.

“In high school, I became absolutely out of control,” Ashley remembers. “I didn’t care about anything. My depression became even worse. I had slit my wrist really bad trying to kill myself. I grabbed a gun one night and I swear on everything that I was going to kill myself if they had not taken that gun away from me.”

As she graduated high school, she got a job at A&W Root Beer and Long John Silver’s restaurants.

“We would snort and take pills in the back because that was the only place they didn’t have cameras,” she says.

She began to have run-ins with the law.

“It was a huge mess, and I just fell more into depression,” she says.

Eventually she realized she needed help, so she reached out to her mom, who enrolled her in a rehab program.

“I absolutely hated rehab,” she says. “Every day I was there I was bawling my eyes out. I was crying.”

On her first night, her roommate snuck a knife in, and Ashley — who doesn’t remember anything because she arrived high on 15 different drugs — reportedly tried to stab her roommate.

Rehab didn’t work for her.

Once outside rehab, Ashley moved into a motel room that her mom got for her. Unbeknownst to mom and totally by chance, it was the very same room in which Ashley had spent five hours smoking crack just before going into rehab. This brought back memories of torment and temptation.

“Crack was like nothing else for me,” she says. “You would take a hit and all of a sudden, boom, you would lay back on the bed and it would be the most relaxing. You would go to la-la land. Crack was absolutely insane. It was an escape from reality for me.”

She determined to end it all. She was her mother’s. She drank an entire bottle of Robitussin PM, swallowed eight Tylenol PM pills, with an assortment of some other pills. 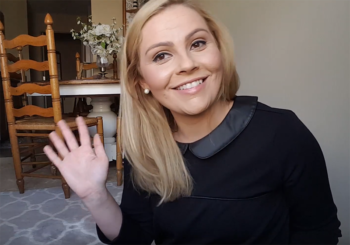 She spent a week in the hospital taking medication to save her liver and kidneys from the overdose.

When she got out, she tried, in her own power, to straighten up. She left all her druggie friends and instead was confronted with loneliness.

“When you start drugs, you lose friends,” she says. “When you get off of drugs, you have no friends.”

After so many years, she started thinking about God. When compared with some of the life-threatening events in her life, the tipping point was anti-climatic. At 2:00 a.m., she saw a dark, caped statue, and fear gripped her heart. She cried out to God and begged for mercy.

“I was bawling my eyes out,” she remembers. “From that moment of my life, Jesus saved me! I prayed that prayer, and He came into my life. He changed me. I didn’t change overnight, but it was night and day from where I was.”

She still made mistakes as she started to grown in God, but the decisive, life-changing moment had come and she embarked on an entirely different journey, one that led her to peace and happiness.

“God has brought me through so many different situations,” she says. “It’s been a process. I fight Him every time. I’ve messed everything up, but Jesus comes along. He doesn’t leave me. He picks me up. He doesn’t love me any less when I mess up.”

Today, Ashley is 30, a Sunday school teacher and works with youth in her church.

“I should be in prison,” she says. “I fought people. I was a bully, especially in school; I was just all the time fighting people. I was just a miserable person who had never known any happiness. I will shout the name of Jesus always.”