After his father succumbed to cancer, David Silva Jr. was “eaten up with guilt” because he hadn’t been there for his dad through the chemotherapy and hospitalizations.

So he tried to commit suicide. When his girlfriend left, he tied a noose around his neck, fastened it to the bar in a closet, took a bunch of pills and let himself fall.

But his girlfriend came back in suddenly and rescued him, marking the beginning of David’s turnaround from meth abuser to Christ follower, now 31-years-old. Nearly half his life had been consumed by addiction.

“I never thought it would be so easy for me to quit. It had to have been God. I didn’t have no withdrawals or anything,” says David, who hasn’t been sober for a year yet. “I felt I was on fire for Jesus.”

David first got into trouble because of the kids he was hanging with in Pacoima, part of Los Angeles, where he grew up. They took drugs, so he eventually tried them in the 10th grade. Very quickly he transitioned from marijuana to crystal meth. 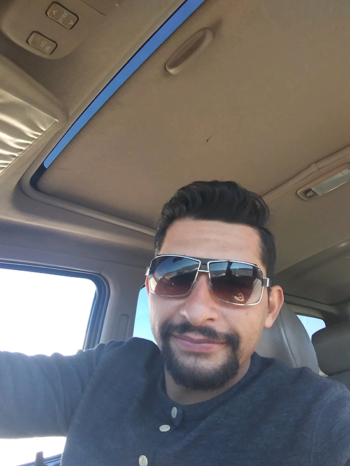 “I’ve always been upity up. So I liked meth because the feeling you get is you’re alert. It’s a stimulant, but eventually you start losing control of your own mind,” David says. “Because of the lack of sleep you start hallucinating, hearing things and seeing things. When you open your mind up to that much evil, you’re actually seeing things that are actually there.”

David did construction work with his dad, but since the two of them argued constantly on the job site, he eventually left home. He “screwed up” some really good employments because of his drug use.

“Me and my dad had a big blowout,” he says. “We always bumped heads. We had a really bad relationship on the job site. We always wanted to be in control. We had ups and downs. We had a love-hate relationship with me.”

He was sleeping in his truck but eventually found favor with a drug dealer to sleep on his couch. Fixing a car for a friend of his dealer, he met the girl who would become his girlfriend. He fell asleep on the patio at a barbecue at her house and just stayed there.

He would do handyman jobs and install security systems and cameras and home entertainment units. Sometimes, he would be at police officer’s houses installing systems — and he would be high while he was doing it.

By many accounts, methamphetamines are second only to opioids in popularity on the mean streets of America. The drug triggers a jolting release of dopamine, the happy hormone. Users go for days without sleeping or eating as the drug becomes their single focus in life. David stuffed toilet paper in his cheeks for his driver’s license photo so he wouldn’t look so gaunt.

“You can do $300 of meth and it won’t hit you because your body is so exhausted. They call it the burn out,” David says. “No matter what amount of meth you do, it won’t hit you.”

Towards the end, David starting hanging out in underground casinos, “getting involved in some really heavy things, with some really gnarly gang members who were notorious” in the criminal world, he says. “I was involved in all kinds of illegal activities.”

Meanwhile his mom and dad were praying for him. Even when he was high, he would remember God and even talk to other users about God.

“God had purpose for me,” he says. “Smoking with 20 guys I was still talking about God and get into debates about good and evil. I would wonder how I could debate about God while I was high. God never leaves us.”

David’s parents hadn’t heard from him in nine months when his dad was diagnosed with stage four cancer. Mom was afraid to tell her son the complete diagnosis for fear it might make him spin out of control with the drugs, but she sent word that dad was in the hospital through some friends.

David came home and made peace with his father. Eventually he found out he was dying of cancer, and he began to spin out of control.

“I lost it. I started using drugs really really badly, even worse than before,” he says. “I became reckless. I didn’t care.”

When his dad was in the hospital for the last time with liquids oozing out of his mouth and nose, David was there to help.

“I love you,” he told his father, who stared back with eyes of fear, unable to speak himself.

“It was too late,” David says. “It ate me up so bad. I was afraid he didn’t hear me when I told him I love you. We didn’t really make that peace. The guilt was so much. I wasn’t there for my dad like I should’ve been. I was too busy getting high. I got in a really dark place, and I lost sense of everything.”

Two days after his father (a born-again Christian) died, David was overcome with guilt and grief and tried to commit suicide but was interrupted by his girlfriend.

With no sense of closure or peace, David threw himself into rabid drug use with a fury. This time, not even his girlfriend knew where he was, in a tent underneath an overpass bridge. He dropped from 188 to 140 pounds when an acquaintance brought him a message.

“Finally one of my friends came looking for me and said, ‘Dude, your mom is really worried about you she wants you to come home,” he recalls.

He agreed to go with mom to church in the San Fernando Valley where he met a fellow former user, Eric Pagan, who encouraged him in God. Especially important was that Eric told David his father was proud of him. That made him feel good, but also guilty because he wasn’t living a life to be proud of. So he decided to give it a try.

And then came the radical change in his life: a church camping trip.

It’s funny how the church has advanced to streamed sermons, devotional apps and seeker-friendly sermons, but the old methodology for Christian camping is still one of the most powerful discipleship tools.

David went to the Sequoia National Forest. He had always loved camping, and he made himself useful helping set up tents and doing most of the cooking. He led hikes into the mountains and helped chop wood for the campfires. He fellowshipped with Eric and grew strong in the camaraderie.

But it was the last night that broke his heart and solidified his decision to serve Jesus. At a campfire his younger brother Elijah publicly thanked God for giving him back his older brother.

“I’m sorry for being a screw-up all those years,” David responded through tears.

When Moses came down Mount Sinai, his face glowed from the glory of God. Something similar happened to David.

He didn’t suffer the usual physical symptoms of withdrawal. But at night, he saw demons. This was strange to him because he’d never hallucinated while taking meth. It was when he quit meth that he saw the fiendish beings mocking him at night.

“I couldn’t sleep. I’d be afraid to fall asleep because I was afraid I would see more demons. They were imps,” David says. “It was like an out of body experience, like I was watching myself sleeping, and these gnarly hairy creatures, imps with lots of teeth, were moving around harassing my brother as if they were saying, ‘If we can’t have you, we’re going to take your brother.’”

After several weeks of terrible nights, he sought his pastor, who prayed for him, and the nightmarish visions ceased.

David was baptized last year on Sept. 23, his father’s birthday. Dozens of family members came to witness the act, which culminated in the astonishing recovery of the black sheep of the family.

“A lot of my family are all shocked because they thought I was lost,” he says. “They’re surprised that I’m really doing it, even though I’m just a baby Christian still. But once I got baptized, the wheels were in motion. I just started hitting church full bore.”

One of the things that makes David happiest now is that he is being the father to his son that he never was.

“I’ve spent more time with my son in the last 10 months than in the last three years,” he says. “I’m actually being a father figure now. I’m enjoying his company.”

“I got a great job. They’re really taking care of me,” David says. “I got medical benefits, something I never had.”

He’s working long hours. During his free time, he works out and drinks healthy green juice of blended broccoli, spinach, kale and pineapple.

“I got my routine. I work like crazy. I go to the gym. I run. I go on hikes,” David says. “Doors immediately opened for me left and right. I really felt like it was through the grace of God.”