In the late 1800s, when cotton was undisputed king of the South, every cotton plantation in Coffee County, Alabama, was wiped out by the boll weevil. The economic fallout was disastrous, causing the Christians in the little town of Enterprise to meet together and pray, “We thank You, Lord, that you have blessed us for so many years with cotton. Now it’s gone, but we know You work all things together for good. So we trust You.” 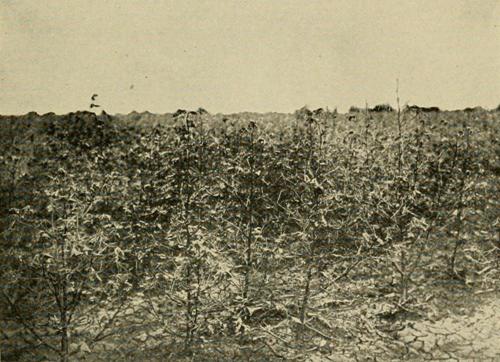 Following their prayer meeting, the town of Enterprise decided to change crops from cotton to peanuts. Now, although peanuts at the time were virtually unknown, there was a man of exceptional intelligence – one of the greatest thinkers in our country’s history – who in the same year the folks of Enterprise felt the Lord nudging them to plant peanuts, was also talking to the Lord. A wonderful believer, with a deep interest in astronomy, he prayed, “Father, teach me the secrets of the universe.” Then he hung his head and said, “Lord, I know that’s too presumptuous to ask. Just teach me about the peanut.”

The man’s name, of course, was George Washington Carver – and how the Lord answered his prayer! Beginning in 1895, Carver developed over three hundred products from the lowly peanut – of which the primary discovery, as far as I’m concerned, was peanut butter!

As a result of George Washington Carver’s discoveries, suddenly there was an unexpected, unprecedented demand for peanuts. And Coffee County began to prosper beyond belief. What had been a disaster became a blessing. What had been adversity became prosperity – all because instead of being eaten up by the worm of negativity, the people of Enterprise glorified God.

If you go to Enterprise today, you will see a monument in the town square with a boll weevil on top and this inscription below:

In profound appreciation for the boll weevil and what he has done as the herald of prosperity the monument is erected by the grateful citizens of Coffee County, Alabama. “All things work together for good” (see Romans 8:28).