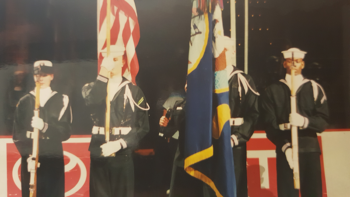 After years of being vague about his past sins, Pastor Jason Glasscock finally spoke clearly from the pulpit about the time he cheated on his wife. His vulnerability saved a marriage.

“I would always say, ‘When I messed up.’ I would never give the details,” Jason says on a Virginia Beach Potter’s House podcast. “But a couple years ago, I preached at a Harvester’s (Bible conference) and said it. Right after, this couple comes up and they’re going through it. We talked about it. They’re still in the church today. It really helped them.”

Jason’s story shows how being real in church can help others who are struggling. Christian forgiveness, healing and restoration contrasts with the world’s options of having an “open marriage,” getting revenge, getting a divorce or going off the deep end with perversion. 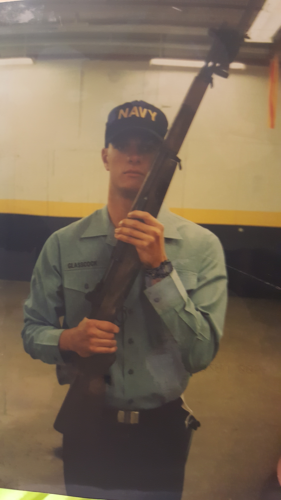 The anatomy of adultery, for Jason, started not with physical attraction but with pride. A young female Navy sailor flattered Jason because he was good at his job. Meanwhile, he felt useless at home.

“Pride was the root,” he says. “This girl stroked my ego. My wife didn’t understand my job. When you come home and bills aren’t paid, you don’t feel significant. You feel irrelevant. The devil knows how to stroke your ego. It’s pride that led up to that.”

Forgiveness is the answer, but it doesn’t make it easy or wipe away the wounds to marital infidelity. The sequels to unfaithfulness are lingering suspicion and lack of trust. Once, his wife drove by a business with the same name as the girl, and it triggered painful memories. Jason and his wife have had to work through the issue for years.

Jason Glasscock grew up in Jacksonville, Florida, to teenage parents. Dad joined the Navy and they moved up to Norfolk, but he passed away when Jason was four years old. The other men Mom had were unfaithful to her, and none of them adopted Jason. They moved back to Florida to a small town called Lake City. 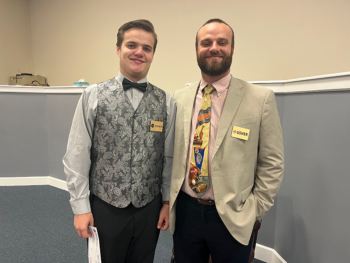 In high school, Jason liked football and sports but also “nerdy” games like Dungeons & Dragons. Due to laziness, he barely graduated high school. “Homework didn’t go in my vocabulary,” he quips. “The only reason I graduated is because the teachers gave me grace because I had signed up for the military.”

In the Navy, Jason’s first assignment was with the presidential honor guard as a colors bearer. Carrying the flag, he participated in more than 1,000 funerals and went to George Bush’s presidential inauguration.

“It was fun and interesting,” he says. “But it wasn’t the best place for a young man because it was treated like a college dorm. There was a lot of alcohol. You weren’t supposed to have it, but we did. There was a lot of underage drinking and fooling around with women.”

At age 20, he received training in Pensacola for rescue swimming and got his high school sweetheart pregnant. He proposed marriage. “I wanted to do the right thing,” he says. They were married by a justice of the peace in Virginia Beach, just after he graduated from another Navy training.

When he got back from deployment at sea, he had a two-month-old daughter. Marriage was rough, and he was worried – mostly for the good of his daughter – that his nuptials wouldn’t last.

“We were young and irresponsible,” he says. “My wife grew up in a household where they don’t trust men. So, she had to be the leader. She was strong and stern.”

Finally, a former drinking buddy in the Navy got saved and invited him to church in 2004. “Rocky comes over and for the first time ever, no beer,” Jason says. What is really going on with this guy? Something is wrong, he wondered.

Jason attended with his wife. He was unimpressed; she was enthused.

When he returned, things weren’t as bad as feared, but his wife did go to church regularly. Jason attended with her from time to time.

Eventually Jason chose to receive Jesus when he watched a “corny Christian movie.” He surrendered his life to Jesus Christ as his Lord and Savior and was born again. 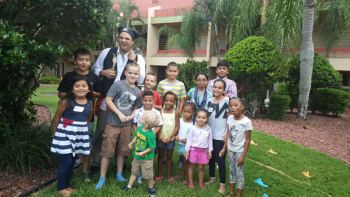 His marriage started improving, and he got involved in the drama team.

Jason says he “was saved but didn’t get converted” because in 2006 he started a relationship with a girl on the ship for a couple months. He wanted to stop attending church.

“My wife found an email, and that’s how I got caught,” Jason says.

His buddy, Rocky, who had been discipling him, came over and wanted to talk. At the door, Jason asked, “Are you going to hit me?”

“What are you doing, bro? You’re throwing your marriage away,” Rocky said.

In the ensuing days, Jason went to church and broke down at the altar.

His conversion finally took hold as he surrendered fully to God. “I was radically changed,” he says.

Jason’s wife somehow was able to work through the tears and feeling of betrayal and save her marriage. God worked to bring them together closer.

“My wife and I both say we hate that it happened,” Jason says. “But also, we wouldn’t be who we are today if it had not happened. It sucks that we went through it. But we both wouldn’t be the same today if we hadn’t gone through it. Not only do you feel guilty, you feel dumb and stupid.”

Today, Jason is a pastor at Fort Myers, Florida.