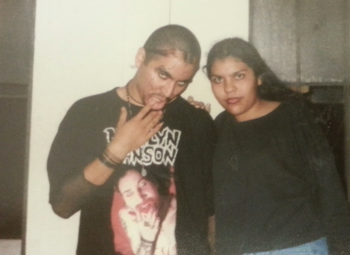 He dressed in all black, wore long dark hair, and had one blue contact lens – 90s Goth style. When a church-goer saw him at the store, he freaked and thought: This guy will never get saved.

Genaro Nava showed up at church the following Sunday, and the Christian guy felt rebuked internally for judging people: “It was like God just slapped me across the face. It blew my mind.”

Today, Genaro is not just rescued from the darkness of underage clubbing across the border in Mexico, he’s a pastor in Brownsville, Texas, his third pastoral assignment. 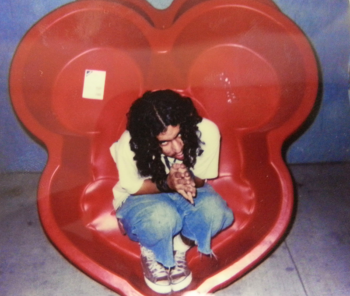 Genaro came with his family to America to start the 1st grade. When his mom got divorced, she fell into a deep depression. Genaro and his sisters fell into drugs and partying in high school. Genaro’s room was painted black, covered with worldly posters.

One night he left a club, and there were Christian street preachers from the Door Church declaring the love of Jesus. Genaro joked to his girlfriend: “One day, I’m going to do that.”

The next night after a movie, there were the street evangelists again, passing out fliers. Genaro said he wasn’t interested but accepted the flier and pinned it to his wall (where there was a clutter of things on display). 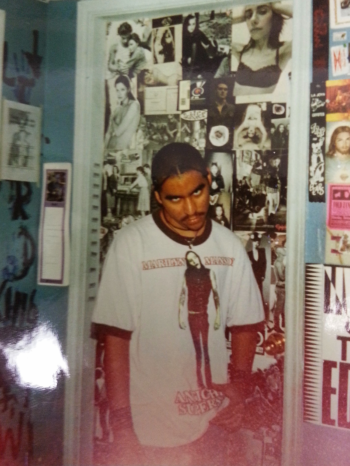 The street evangelist said: “You can’t go to Heaven if you don’t have Jesus in your heart.” Those words haunted Genaro.

Years later, his sister got saved and invited him to church. It was, startlingly, the same Door Church whose flier was still on his wall. It seemed more than coincidental, so Genaro, then 19, agreed to go.

Bit by bit, he began attending church more and leaving his sin behind. At one point, he had to break up with his girlfriend of the time because she vowed to continue using drugs while he wanted to get clean. He left his old friends for the same reason.

“We would do drugs there in my house,” he says. “They would be there drinking and say, ‘Hey come on, join us.’ I had to make a stand.”

Eventually, he needed to read them the riot act: either come to church or stop coming over.

“I invited my friends to church,” he says. “They all went once and never came back. It’s not like you’re cutting them off; you’re just choosing different paths.”

People at church were really nice, and they threw him a small birthday party just a month after showing up at church. That made quite an impression.

“I was asking myself, how could you have a good time without drugs? I had this idea of church people being boring,” he says on a Virginia Beach Potter’s House podcast. But he was burned out on drugs. The thrill ended when the party was over, and the drug wore off.

As he listened to testimonies of the brethren, he kept thinking, “God can do that in me!”

At 21, he married the girl who went on every outreach, every impact team, giving rides to church with. Because he believed in God, he didn’t fear the curse of divorce that ran through his family, even though it wasn’t easy early on. They got into credit card debt, which prolonged their plans to get into ministry about seven years. They employed the snowball and envelopes method to tame the monster of overspending.

“I was just a selfish person,” he now admits. “That’s how marriage works. You take two selfish people and you work out all the kinks.”

His first pioneer church was Edinburg, TX. His little son would be the usher and personally ask people to put money in the offering plate. Sometimes he dropped the plate and spilled the money all over the floor.

One day, a mean-looking man with his face covered in tattoos walked in. Pastor Genaro extended the same acceptance to him that he had received when he originally walked into the church as a young Goth.

He pastored for four years and was experiencing revival; his first service was attended by 40 people. Then the guy who declared, “I never wanted to be a missionary,” got called to Brazil. Of course, the call came simultaneously to a job promotion with mega-benefits.

“I had a dream about Brazil before conference, and I was preaching and lots of people were getting saved,” he says.

He spoke Spanish already, and Portuguese is significantly similar. They arrived in Belo Horizonte, and half their luggage was lost. Genaro struggled unsuccessfully to explain in Spanish to the Portuguese-speaking airline personnel. After some time, an English teacher who overheard the conversation offered to help. Genaro’s wife started witnessing to her, and she got saved. Not only did she become the first person in their church, she invited them to stay at her house.

God brought strategic people and built his church. After five years in Brazil, God brought Genaro and his family back to the States.