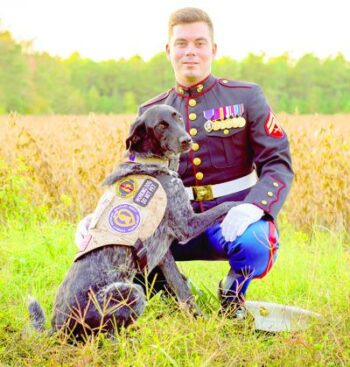 Pierced by a 7.62 mm sniper’s round in his chest cavity, Brandon Blair lay on the sands of Fallujah unable to be evacuated because of a sandstorm and remembered the New Testament in his coat pocket that a Gideon-man gave him when he shipped out.

It was the perfect size, and the U.S. Marine had at the time thought it was a “pretty cool” good luck token. But now he pleaded with the God of that New Testament to let him live.

“All I could do was look up, and I begged God right there that he would spare my life because I knew I wasn’t ready to stand before God and I knew I needed to get some things in order,” Brandon says on a LifeChange video on YouTube. “As any military personnel knows, I am a walking miracle. I had no internal bleeding.”

Today he is pastor of the Langston Baptist Church in South Carolina.

When Brandon saw the terrorist attacks on the World Trade Center Sept. 11th while at college, he called his mom. “I’m going to enlist,” he told her. 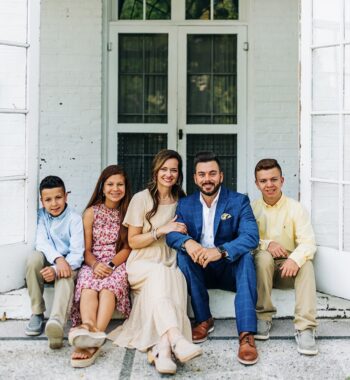 “No, you’re not,” Mom tried to dissuade him.

Enlisting in the “first to fight” Marines, he became a machine gunner at Parris Island and was assigned to a Mobile Assault Platoon, which means they would be their own base.

Before he shipped out, an old man with a cane was handing out Gideons’ New Testaments when he boarded the bus with the guys.

He didn’t read it, however. 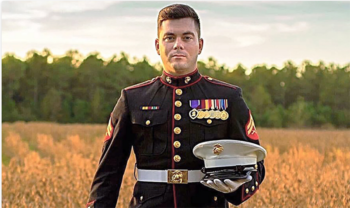 The streets of Fallujah, Iraq were a bloodbath. It was so bad, their food was dropped by helicopter, and the one time a chaplain showed up to minister to the men, his vehicle hit an improvised explosive and they never came again.

“My chances of coming home were very slim,” Brandon says. “But honestly, I never thought it would get hurt or injured.”

In August of 2006, a sniper’s bullet penetrated his chest.

Sandstorms made evacuation by helicopter impossible, so he had to wait for a ground medevac to pick him up.

“I was shot in the chest, and I was laying there in the sands of Iraq,” he recounts. “All I could do was look up, and I begged God right there that he would spare my life. 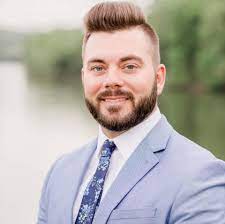 “They began to work on me when they finally got me to Fallujah Hospital, and I remember that one of the officers said, ‘This man’s a miracle’ because even though I had sustained the injuries to my chest, I had no internal bleeding. The Lord had certainly heard my prayer.”

It was as if an angelic MASH unit staunched the flow of blood.

Fallujah Hospital was little more than a makeshift tent.

As he recovered, he was visited by a fellow Marine who brought a watermelon they shared together.

“He was a good old country boy from Tennessee, so he bought a good old watermelon,” Brandon explains. “He wanted to put a smile on my face.

“I’ll never forget his words to me,” Brandon adds. “He said man you are so lucky to be alive.”

Unfortunately, that Marine who gave the watermelon wasn’t so lucky. After he returned to the MAP, he was shot and killed by a sniper the next week.

“My heart was broken. I entered into the lowest point of my life. I’m in a hospital room with no one to talk to. There was no one there in isolation. My fellow marines are out fighting, getting injured and dying. And I can do nothing about it. At that point in my life, I had never experienced depression, but I was in a pit of depression and didn’t care if I lived or died.”

He remembered the New Testament, stowed safely in his left breast pocket.

Every page he turned ministered to his circumstances. He received Jesus into his heart right there in the hospital room and was born again.

“The Marine Corps gave me a purple heart” for his war wound, he says. “But God gave me a brand-new heart.”

About the writer of this article: Pastor Mike Ashcraft is also a financial professional in California