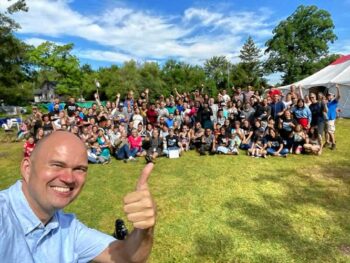 Friends are expressing dismay that a Danish man who works tirelessly spreading the gospel around the world has been arrested in America over charges of smuggling arms from Mexico into America.

“Today Torben (Søndergaard) is sitting in jail because somebody made a false accusation against him, something that is not true,” says Jón Bjarnastein on a Facebook post on The Last Reformation page. “It’s because he’s preaching the gospel. This is nothing new under the sun. The Bible says that everyone who wants to live a godly life will experience persecution.”

Torben Søndergaard fled Denmark in 2019 after repeated attacks by the government to discredit his street ministry, which riled secularists by casting out demons in public places. If you don’t believe in the supernatural, much less demons, then one might think Torben is a manipulative charlatan. He applied for asylum in America and now is being detained by Immigration and Customs Enforcement.

“I was invited to a meeting with Homeland Security who wanted to talk about my asylum case – a case where I, in Denmark three years ago, was accused of doing many things I had not done, and where I ended up fleeing to America seeking asylum,” he wrote on Facebook. “But then, they suddenly said that the real reason I was there was because they had been notified that I was smuggling weapons from Mexico to America.

The accusation of arms running is strange because the illegal flow of weapons is generally southward, from America to Mexico. America is a manufacturer of arms, not an importer. What America imports illegally from Mexico is drugs, not weapons. CBN says the Department of Homeland Security had no comment on the case. 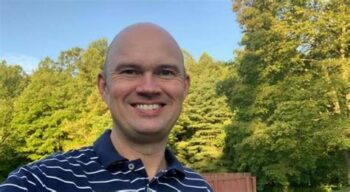 But authorities in secularist Denmark didn’t like him and, starting in 2016, launched investigations from six separate Danish ministries into everything from food safety to unpaid taxes. They found nothing wrong, CBN reports.

The persecution continued when Søndergaard decided to homeschool his daughter. Seeking an abatement from the persecution, Sondergaard re-enrolled her in public school. But the attacks continued. 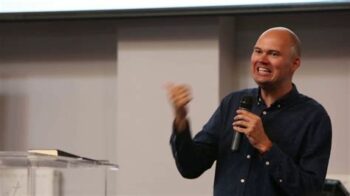 Danish TV approached him about doing a profile on his ministry. Having nothing to hide and thinking it might be positive, Søndergaard cooperated.

Søndergaard was depicted on national TV as an abuser of children, of mentally instability and as a quack who takes medicine away from sick people. The “documentary” was called “God’s Best Children,” painted Søndergaard as yet another errant minister in the long line of religious leaders who had failed ethically or morally in the past.

“I’m finished,” Søndergaard thought when he saw the video. “No one will ever trust me again.”

His reputation irreparably harmed, Søndergaard moved to America in 2019 and applied for asylum.

He never expected the persecution to follow him. Søndergaard’s hands and feet were shackled as he was questioned about the supposed arms smuggling. Living in California, he had traveled into Mexico to set up a Bible school, he says. He also has a Bible school in Florida.

Søndergaard is being held in ICE’s Baker County Detention Center in MacClenny, FL. At last word from The Last Reformation’s Facebook page, Søndergaard had retained legal counsel and will meet with him soon.

Fellow Danish street preacher René Celinder has no doubt the allegations against his friend Søndergaard are patently false.

“I have known him for more than 15 years. We have been on the street together. He is preaching the gospel,” Cylinder vouched. “The accusations are not true. No, never. He don’t (sic) know how to use a gun. He is only giving the gospel.”

Editor’s Note: Perhaps because of so many unusual elements to this story, a significant number of Christian sources are questioning the supposed charge of smuggling arms into America. They allege that Torben falsified the charge, being in prison for some other reason.

About the reporter of this article: Michael Ashcraft is also a financial professional in California.