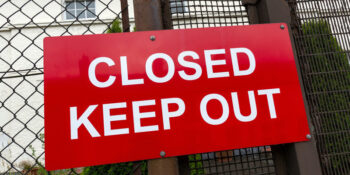 According to Operation Rescue’s first-hand investigation, over 49 abortion clinics have either halted abortions or have been forced to close their doors altogether since last Friday when the U.S. Supreme Court released its decision in the Dobbs v. Jackson Women’s Health Organization case. The decision effectively overturned Roe v. Wade (1973) and its companion case Casey v. Planned Parenthood (1992), placing the issue of abortion in the hands of the states.

More abortion mills will close in the coming days and weeks as state laws go into effect. Although efforts are being made in some states to block pro-life laws, the U.S. Supreme Court has already begun to bring correction to the methods used for years by the abortion industry to nullify state laws that protect life in the womb.

Thursday, the U.S. Supreme Court threw out three cases wherein lower courts had ruled to block enforcement of state pro-life laws passed in Arkansas, Arizona, and Indiana. The lower courts were instructed to reconsider those decisions in light of Roe’s overturn.

On top of the 49 plus abortion mills that have shut down, nine states are now completely abortion free. Since Roe and Casey decriminalized abortion in all 50 states, we are seeing an unprecedented number of states becoming abortion free.

“This has been our plan all along, and we will continue to work until all states are free from the stranglehold of the abortion cartel,” said Troy Newman, President of Operation Rescue.

“Without a doubt, the abortion cartel is losing ground,” said Newman. “This is a new day! Praise Jesus! We are so grateful for His faithfulness and so many faithful supporters for standing by us for such a time as this – we have much more work ahead of us. Let’s keep praying and working together to finally bring an end to abortion in our nation.” — Operation Rescue