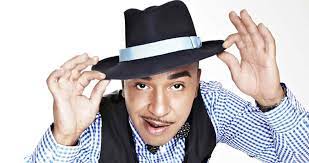 David Lou Bega, the Berlin mamba singer whose catchy tune “Mamba #5” set the world dancing, has turned himself over to Christ after reading the Bible in a bungalow in the Maldives when unending rain wouldn’t let him, his wife and daughter out for sun and snorkeling.

“In depression, I found a bible and started to read. After a few pages, I started to realize this was the truth that I was always looking for,” he says in The Last Reformation documentary. “I’ve looked into different sets of religions before, everything that was trendy and cool, like Buddhism and some New Age stuff.

“But I had passed over Jesus Christ for so many years, to my regret,” he adds. “There he was calling me, giving me the opportunity. I started reading and I felt so convicted. I broke down, started crying. That was the Holy Spirit.”

He had seen Torben Sondergaard’s miraculous street evangelism ministry on YouTube and called him to baptize him in 2018. Sondergaard filmed the meeting at which he baptized and prayed for David and his extended family.

“I felt like a baby,” David says. “I felt like a newborn. That’s why the term born-again is really fitting. You’re fresh. Your transgressions, your iniquities are gone. I was so joyful and clean.”

David Lubega Balemezi hit #1 in many European cities in his 1999 remake of Mamba #5 “A Little Bit of Monika in my life.” For it, he earned a Grammy nomination. The pinnacle of his career pales compared to his simple encounter with Christ.

“Even in the days I was rebellious and didn’t listen to you (Jesus), didn’t obey you, you never dropped me, you gave me a family, you gave me love, you gave me everything I have,” he says. “It’s weird; you want to sing; you want to dance. It was the best moment of my life. It was way better than winning a Grammy nomination.” 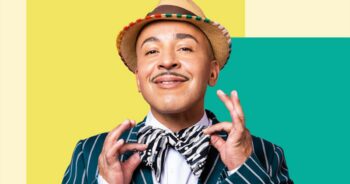 David grew up in Bavaria. His mother Nicole was Sicilian, and his father Charlese was a Ugandan who moved to Germany to study biology at the Ludwig Maximilian University at Munich.

As a youngster, he was drawn to rap, but when he lived in Miami, FL, he found his true love in Latin music. His trajectory was established, and he achieved triple platinum honors.

But success in the world was ultimately unsatisfying. Living with the Holy Spirit is now what motivates him, he says.

“The biggest difference in my life, in our household, is that the Holy Spirit sits with us,” Bega told the Christian Post. “When we have breakfast, when we go to bed, He’s here. We are in constant conversation with the Creator of the Universe, which is Jesus. This is a big change. 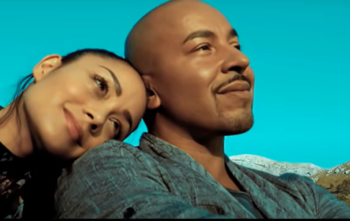 Almost immediately, David and his singer wife Jenieva produced the “When Jesus comes around” in and “Walk to the River.”

“We need to walk to the river,” the later song says. “We need to die in the water. And when we rise with the Lord, every sin will be washed away.”

Perhaps Mambo No. 5 could be re-written this way:

Ladies and gentlemen
This is Mambo No. 7!
One, two, three, four, five, six, seven
Everybody in the car, so come on let’s ride
To the little church around the corner
The boys say they want some bread and wine
But I really don’t wanna
Beer bust, like I had last week
I must stay deep, ’cause talk is cheap
I like Matthew, Mark, Luke, and John
And as I continue you know they’re getting sweeter
So what can I do? I really beg you, my Lord
To me loving you is all that matters
If it’s not from You, let me dump it
Please set in the trumpet

About the reporter of this article: Michael Ashcraft is also a financial professional in California.