Justices Breyer, Sotomayor, and Kagan included a thoroughly debunked statistic in their 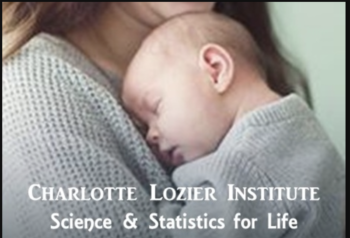 dissent of the Supreme Court’s decision to reverse Roe, claiming that “an American woman is 14 times more likely to die by carrying a pregnancy to term than by having an abortion.”

“Anyone who takes that figure seriously has never looked at a statistics book in his or her life,” asserted Dr. James Studnicki, Sc.D., M.P.H., who serves as vice president of data analytics at the Charlotte Lozier Institute (CLI).

U.S. maternal mortality data is seriously flawed.  Several states don’t report abortion statistics at all, and in many of the states which do report, the data is inconsistent.

“In countries with comprehensive data on all pregnancy outcomes, study after study has shown that women who get abortions have much higher mortality rates than women who give birth.  In some of these studies based on comprehensive, real-world data, each abortion is linked to a 50 percent increase in the risk of a woman’s premature death.”

One example is from the Finnish government’s National Research and Development Centre for Welfare and Health, which found that women who had abortions were 3.5 times more likely to die in the subsequent year compared to women who gave birth.

“The reality is that medical care in America is now so advanced, even in high-risk pregnancies, that the usual result is the safe delivery of a healthy baby alongside a healthy mother.  There are rare cases where it’s necessary to deliver a baby pre-term to save the life of the mother, and sometimes the baby doesn’t survive.  But that’s not an abortion, where the intent is to take the life of a baby.

More information is available in CLI’s “Medical Indications for Separating a Mother and Her Unborn Child” fact sheet. Charlotte Lozier Institute was launched in 2011 as the education and research arm of Susan B. Anthony Pro-Life America.