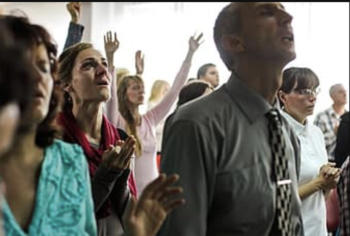 Alarming alliances are being strengthened as the world appears to be moving rapidly towards Armageddon.

At least that is a possible scenario for what we are beginning to witness. Under much pressure from the West following her ill-advised invasion of Ukraine, Russia is forging a closer bond with Islamic rogue state Iran as well as the increasingly fundamental Turkish regime of Recip Erdogan, set on reconquering the Middle East for a would-be resurgent Ottoman Empire.

It just so happens that all three nations – admittedly under their supposed ancient names, though Persia (modern Iran) is more easily identified – are mentioned by the prophet Ezekiel as forming a military alliance from the north set on attacking Israel, ultimately leading to the mother of all battles at Armageddon in northern Israel. (And it doesn’t end well for Israel’s enemies).

This in turn would precipitate the Second Coming of our Lord Jesus Christ, in fulfillment of Zechariah and other prophecies, in the opinion of many Bible scholars. Interestingly enough, this very bloody end-time battle is mentioned in chapter 16 of the Book of Revelation, the same chapter describing the seven plagues (or bowls) of God’s wrath being poured out on the earth – including the bowl of extreme heat such as we have experienced here in the UK in recent days. Here is the relevant passage: “The fourth angel poured out his bowl on the sun, and the sun was allowed to scorch people with fire. They were seared by the intense heat and they cursed the name of God, who had control over these plagues, but they refused to repent and glorify him.” (Rev 16:8f)

I grew up in sunny South Africa and don’t recall ever facing the fury of the sort of 40C heat that scorched Doncaster yesterday (hotter than the Sahara Desert), and burnt down several homes in the London area as fire spread from the fields. This is not the result of man-made climate change or global warming – it’s more like a global warning that we are in the last days before Christ returns, when every knee will bow and every tongue confess that Jesus is Lord (Phil 2:10f), and we need to be ready. Will we be found wanting or waiting?

It’s significant that the prophecy of the northern alliance attacking Israel, which incidentally will be severely thwarted through divine intervention (Zech 12:9), was recorded some 2,600 years ago. The prophet was obviously unaware that the land of Israel would be virtually deserted for nigh on 2,000 years (although he knew his people would face exile before finally returning from all the nations to which they were to be banished). And so, because God is faithful and his word is true, the Jewish people would once more be back in the land, now a sovereign state, thus enabling this extraordinary prediction of a co-ordinated attack against them to be fulfilled.

The saber-rattling of Putin, Erdogan and the Ayatollahs of Iran could well lead to nuclear warfare. It is clear that Iran, which has repeatedly threatened to wipe Israel off the map, are very close to having the capability for producing a nuclear weapon. Many of the nations represented by the UN – as well as the UN itself – have repeatedly questioned Israel’s legitimacy, with doubts often cast, for example, on whether the British Mandate (approved by the League of Nations, the UN’s predecessor, in 1922) for preparing a national homeland for the Jewish people ever intended an actual state.

But a 1920 document (in Hebrew, English and Arabic) has recently come to light which emphatically confirms that this was its clear intention. Signed by no less a figure than King George V, this letter “to the people of Palestine” concludes unequivocally: “I realise profoundly the solemnity of the trust involved in the government of a country which is sacred alike to Christian, Mohammedan, and Jew, and I shall watch with deep interest and warm sympathy the future progress and development of a state whose history has been of such tremendous import to the world.”