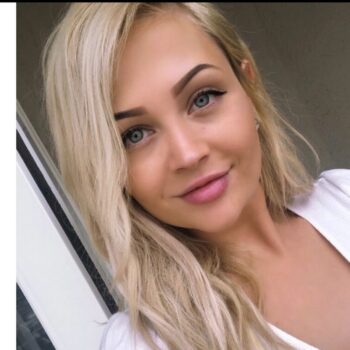 “I did not believe in God,” Mariah says on a 2019 video on her YouTube channel. “I didn’t believe in spirituality at all. I thought believing in such things was silly. Basically I was just a strong believer in science.”

Right after high school, Mariah joined the Navy in 2013. It was in the Navy that she developed anorexia and bulimia.

“It grew more and more aggressive as the years went by,” she says.

Once out of the Navy, she enrolled in college, and she positively relished the science classes which at first affirmed her belief in nothing.

“I used to enjoy when people would bring up God so that I could try and destroy their argument with science.” she admits. “I would ask them impossible questions that would put them in this awkward position and make it pretty much impossible for them to answer.

“I hated when people would talk about Jesus.”

Her distaste for Christianity was extreme, fueled by the grip of the evil one in her life. 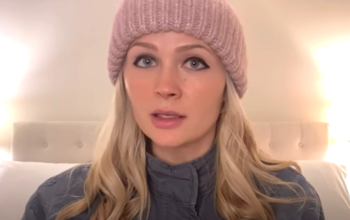 “My mentality towards Christians and anyone who was religious was like, You’re wasting your entire life trying to live by these impossible standards and these rules that supposedly God created just to go to a place after you die,” she says. “I thought religion was a man-made construct that was harmful to people.”

Specifically, how could biological molecules with astronomical number of atoms all sequenced with confunding minute precision have just come together by chance? she wondered.

So at first science contributed to her atheistic arrogance. Then, as the classes advanced, they deconstructed it.

“Having to accept that everything just formed on its own by itself on accident, it didn’t make sense to me,” Mariah admits. “It really started to bother me because deep down I didn’t want to believe something. I didn’t want to take that responsibility.” 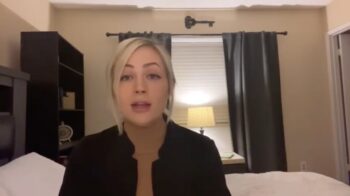 The professors were of no help with these befuddling questions. So, her mind wandered to the obvious: there had to be an outside agent guiding the process, an external agent with a purpose from another dimension.

Her progression bugged her. She had always felt sorry for those who saw the need to believe in God. But now science was leading her towards him.

“Eventually I recognized my biases and I knew that I was being closed-minded towards the alternative which was God,” she says.

As she pondered what she had vowed never to do, she prayed to God.

“I refused to call it a prayer at this time,” she recalls. “But I basically said, ‘God if you’re real and you really exist, would you not want me to know you? Would you want me to wonder forever about if you exist? I don’t want to be disrespectful to you. But I just if you’re there, I want you to give me a sign and I’ll believe.’”

Immediately… nothing happened. To be truthful, Mariah felt embarrassed and dumb.

But as the next six months unwound, things happened: vivid dreams that reflected Bible verses and scary events rattled her.

Mariah was disinclined towards Christianity. So she searched every other religion: Hinduism, Islam, Jainism, Buddhism, you name it, she researched it.

Finally, she looked into the character of Jesus in the Bible, and what she saw startled her.

“I started studying the Bible and learning about Jesus and the meaning of his life and death and what he claimed his purpose was,” Mariah says. “I ended up finding out that his purpose was essentially for me.”

Then in December 2017, her battles with anorexia and bulimia came to a head.

“I was trapped in this violent cycle that would never end, never, no matter what I did, no matter how hard I tried, I couldn’t break out of it,” she admits. “I remember being in the bathroom. I was in the bathtub and I was throwing up. I remember feeling like, How long will I keep doing this? I felt so enslaved by this disease, this addiction”

As the water was running, she broke down crying for the first time.

Without any forethought, she cried out: “Jesus, please help me.”

This time the response was immediate.

“I can’t explain the feeling what it was. It was love. Someone loved me. I felt stillness, peace,” she explains. “Within seconds the crying stopped, not on my own. Something had come over my entire being. There are no words. The entire room was filled with Jesus.”

The anorexia and bulimia simply disappeared from her life.

“I felt healed,” she thinks. “It felt almost like I never had an addiction to begin with. This darkness, this heaviness that was over me for four years, gone completely. I went to bed that night shocked – in a good way. I just could not believe what happened to me. I still can’t fathom what he did to me.”

A few days later, she received Jesus Christ into her heart.

Initially, Mariah was reluctant to share her testimony online because she feared a blowback from her atheist friends.

“I know what I’m going to face. I know people will probably make fun of me. I’ve accepted it,” Mariah says. “I know who I used to be. I would have laughed at me. But I don’t care. I will never forget what he did for me. I will always be in his debt. This is just a small, small portion of my gratitude for what he did for me.”