After being handed a bloody bag of personal items of their dead son, Myron Leavitt was informed that his other son had a 5% chance of surviving surgery and that – if he lived – he would probably be charged with vehicular manslaughter.

“The other kids were 18 years old and were drunk out of their minds, but the state trooper said, ‘We have a witness that thinks that your sons ran the red light,’” Myron says on a Virginia Beach Potter’s House podcast.

Talk about Job being informed of calamity after calamity.

“Over 75% of marriages that have a tragedy like this in their lives, their marriage does not survive because people grieve differently, people process things differently,” Myron says. “But the grace of God, when he is the only answer you have, he is able to navigate you through these things.”

Not only did Myron’s marriage survive, they’re pastoring a church showing mercy, love, compassion and strength to others in Sanford, Florida – as incredible as Job’s recovery.

“I made a decision very early on that I’m going to choose forgiveness. I wasn’t out to hurt these kids,” Myron says. “I wanted, after everything is said and done, to be able to witness to these kids and to share the love of Christ with them.”

Myron’s journey with God began in the U.S. Navy. His girlfriend of the time took him to the recruiter’s office. They were both supposed to sign up so they could be together. But Myron found himself shipped out to Scotland, and his girlfriend never signed up.

His father had been a “Jack Mormon,” an insincere adherent. His violence and alcoholism turned Myron off to Mormonism. In Scotland, he met some on-fire Navy men who served Jesus on and off the ship and showed him an authentic relationship with the living Lord.

Back Stateside, Myron started attending a startup church in Jacksonville, Florida, where the pastor, after one month, asked him to be in a rap group for outreach. “Here I was a corn-fed country boy, what did I know about rap?” he quips. He grew up in Notus, Idaho.

But Myron already sensed a passion for Christ, so he was given a tambourine and went off to the local park to perform in the crowd-getting concert that members preached to. At that outreach, a woman got saved who ultimately became his wife (moral of the story: say yes to pastor).

Thirteen times, the Navy gave him orders to ship out. Thirteen times, Myron ignored them. He loved his pastor and wanted to continue growing in the Lord at the Victory Chapel.

“I don’t recommend to anyone they risk a court martial,” Myron cautions. “All I know is that I believed that God wanted me to stay in my church.”

Myron did indeed grow in the Lord, to the point that he was ordained and sent to launch a church, since his church believed launching new works is the most likely way to quickly fulfill the Great Commission. He has pastored a few churches.

Once when he was back in Jacksonville church, his wife, Jenny, got diagnosed with cancer. It was stage 4 Non-Hodgkin’s Lymphoma with less than 25% chance of survival, and the doctor didn’t give her much hope. “You may want to call your family in,” he told Myron at one point. “I don’t think we’ll be able to bring her back.”

With a 3-year-old and a 3-month-old, Myron felt that God would have to save her, so he told the doctor to do his duty while he prayed. Jenny survived, though she has suffered secondary diseases that resulted from the cancer treatment.

Years later, his sons crashed. They were closing the church after a drama and concert outreach close to midnight in the Jacksonville church. Caleb was 20, and Jacob was 17. Myron and Jenny left first.

Myron got the call as soon as he arrived at home. The pastor’s wife spotted a wrecked car, just like Caleb’s, on fire on the side of the road. Myron called and texted them, neither answered. So Myron drove to the wreck, while Mom stayed home in case they came home. He wasn’t sure it was his sons’ car.

When Myron got there, it was Caleb’s truck. A Chevy truck had rolled.

“Then I looked over and saw my son’s Ford Escape,” he relates. “The whole front end was just completely ripped off.”

Seeing a cop on scene, he hustled over and asked about his boys. The cop responded that there was only one boy in the vehicle, not two. He had been taken to the local hospital.

Myron insisted. Both his sons were in the vehicle, he told the cop.

“The whole time he’s pushing me back across the street,” Myron says. “I looked to the left. I don’t know how I missed it before, but I saw my 17-year-old son covered in a body bag.” 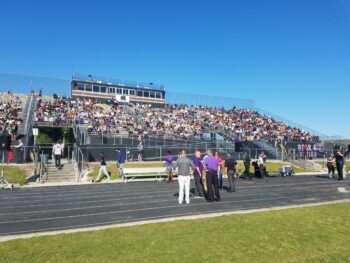 “That’s my son,” Myron told the cop. The police officer said that it was not his son. It was an active crime scene, the cop told him, and he couldn’t go over to the dead body on the road, not even to pray.

“I was just overwhelmed with grief,” Myron says. “People say that when you’re dying your life flashes before your memory. It wasn’t my life that flashed. It was all my failures as a dad. I curled up and was holding my head in my hands as this was assaulting my mind.”

Myron went to the hospital. Caleb was being rushed into the operating room. “If you want to see him, see him now, because there’s no guarantee he’ll make it out,” the doctor urged him. What he saw would make a man faint. 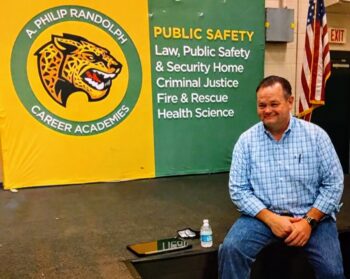 “He was bleeding out of his nose, his mouth, his ears. His face was smashed. His liver was lacerated and he’s bleeding out from the inside. He smashed every bone in his face,” Myron recalls. “They hit him at his driver’s door at 70 miles an hour in a Chevy 2500 pickup. It blew out both of his eardrums and broke every bone in his ears. He broke his left arm, his right femur, his pelvis in three areas. It broke his neck at the C7 vertebra, which slashed his jugular from the inside.”

While the surgeons were working, three state troopers came. Ushering Myron and Jenny into a small private room, they informed them that the dead body on the street was in fact Jacob.

“Basically they handed my wife a ziploc bag of bloody rings, a bloody wallet, stuff that was in his pockets just covered in blood,” Myron says.

Next they broke the news. “There’s a witness who thinks your sons ran the red lights, not the other kids,” the trooper said. “If that’s the case and if your son survives the surgery, there’s a very good chance we’re going to charge Caleb with vehicular manslaughter.”

On top of the grieving over Jacob’s death, on top of the agony of Caleb’s life-and-death surgery, add the anguish of a criminal court case.

It was all Myron could do to keep his head. “I need to know what I need to do,” he replied.

Caleb woke up from the coma. Having suffered traumatic brain injury in the accident, he needed to learn how to think again.

“When you have traumatic brain injuries, you never know what you’re going to get back,” Myron says grimly.

Caleb was in a wheelchair for two months and graduated to a walker. He was a fighter. He didn’t want to do nothing during his time of rehabilitation, so he bought ties from all around the world and sold them at church from his lap in the wheelchair.

He eventually returned to school and got his degree as a special education teacher. He’s still serving in the Jacksonville church, albeit with significant hearing loss, while Mryon is pastoring in Sanford.

And the vehicular manslaughter charge? The “witness” never showed up in court, so the charges were dropped. Myron always believed the fault was with the drunk teenagers. But he decided to forgive and not harbor bitterness. While his son lost his life for their fault, Myron wanted to love them and show them the love of God. 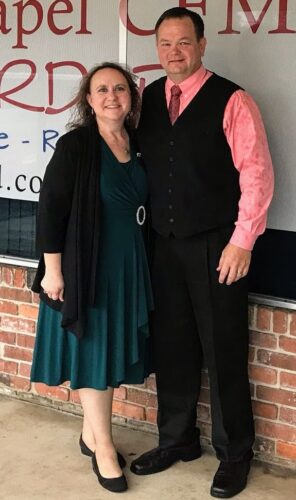 Myron recounts the horrors of the DUI at high schools in Seminole County in conjunction with the Sheriff’s Department to sober up kids to the reality of the risks of drinking and driving.

His advice to people who haven’t been struck by tragedy: “Cherish your family. We never know what tomorrow holds.”

He also has advice for people in dark times.

“It’s in the very darkest times of life that you find out who you really are,” Myron says. “You have to process correctly those difficult times of life. If you don’t, you’re going to go down a path that you’re not going to recover from.”