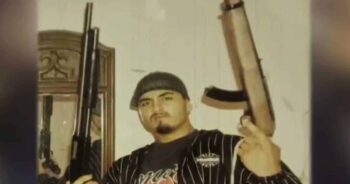 At 5 years old, Rene Level Martinez ran away scared, but his mom and the santería practitioner grabbed him, took him to the bathroom, where they slit the veins of a goat and poured its blood on his head.

The ritual was supposed to ward off evil and protect Level, but from that moment on, Level says he was possessed.

“I would see demons and hear these screams (of people) in agonizing pain, like screams from Hell,” Level recalls on his Soldier of Jesus Christ YouTube channel. “I would have horrible nightmares. I would see demons walking around the house. Pretty much my whole life, I was possessed by a giant demon.”

Today, Level is an extraordinary soul-winner, a convert from the fearsome Latin Syndicate gang that terrorized Miami during the 80s and 90s.

His descent into some of the most heinous crimes of violence began when his mother, Emiliana, an immigrant from Cuba, separated from his dad because the abusive womanizer went to see his ex-wife when Emiliana was giving birth to Level. 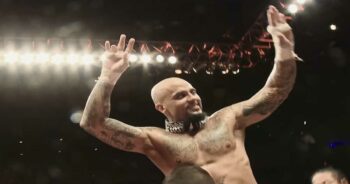 It was the days of the Cocaine Cowboys in Miami, and Emiliana was addicted to the white powder and was almost never home. Once he even found her overdosed in bed and called the ambulance.

“Rene had two parents that were so dysfunctional that he turned to the streets,” Emiliana admits.

As young as nine, Level broke into cars and houses and collected guns.

At 14, he was committing grand theft auto when the police began to pursue.

“We got into a high-speed chase,” Level says. “We were doing over a 100. We weren’t even thinking about it, we were flying through red lights.”

Jackson Memorial Hospital called to inform Emiliana that her son had been involved in a terrible accident and was in a coma with a 5% chance of survival. The man they hit died.

For the first time, Emiliana prayed to God instead of resorting to the witchcraft of Santeria.

“Take away everything I have, but give me my son’s life back,” she said, bargaining with the Almighty.

He woke up three weeks later from a coma in the hospital. He was placed in a full body cast and later had to undergo rehab to walk again.

“You thought I would’ve learned my lesson,” Level admits. “But no, I didn’t learn my lesson. As soon as I started walking again, I got right back into the streets, breaking in cars, stealing, breaking into houses.”

After not paying rent for a year and a half, Emiliana lost her home and moved into the back of a video store with her son. She fell into a deep depression and couldn’t even get out of bed. 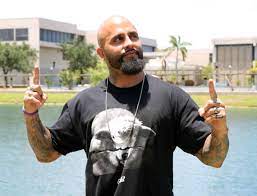 With a 9 mm, he assaulted men, forcing them to the ground. Sometimes, Level found food in dumpsters. One night he fought with his own homie and tried to kill him with a Glock. He didn’t come home for days at a time.

One night, his mother overdosed on pills and slashed her wrists in an attempted suicide. Level came home, found her, and rescued her. It happened a second time; again Level saved her life.

In her suicide note. Emiliana asked forgiveness from Level for her imperfections as a mother and she expressed a desire to be reconciled with her sister Myra, whom she hadn’t seen for five years.

At that time, Myra, was visiting at a friend’s house and heard about Jesus for the first time. Suddenly, the Lord placed on her heart the need to pray for Emiliana and she saw a vision of her being rescued by Jesus.

Myra visited Emiliana and shared the gospel with her. Remarkably, she received the Lord with great joy and stopped drinking and consuming drugs. God gave her money from a man who visited the video store, and she bought a little car, rented a place and started school. 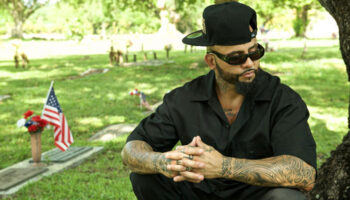 She was getting her life together. Level did not accompany her on the journey towards God.

“For me it was too late,” Level says. “All I knew was the streets. I had a demon of rage, a murderous gang demon. I had a legion.”

Level co-founded of Latin Syndicate gang of Miami and “caused havoc in the streets of Dade County,” he says. “I just got crazier and crazier. I started doing savage stuff. I was a menace to society.”

Level participated in backyard brawls and drove around looking for rivals to fight. More than once, guns were aimed at him, bullets grazed him. He is full of scars, witness to his many close brushes with death. He even dared to rob drug dealers. “We laid them down, tied them up, took all the drugs, showed no mercy,” Level recalls.

Level was arrested and charged several times. God performed miracles; he always got off with the lighter sentence. “I’m in and out of jail,” Level recounts. “Homeboys are dying left and right. It was a mess.”

Meanwhile, Emiliana interceded in prayer for her son. “She knew that if God pulled her out of the pit, he was going to pull Rene out too,” Myra recalls.

One day, she found a trunk full of guns hidden in the house. She took it and threw it into the ocean. The next day, the police raided her house. “They looked everywhere,” she says. “Had those guns been in there, Rene would have been doing time for a long time.”

The change began for Level when his daughter was born. “I saw her take her first breath,” Level says. “Wow. Something I’ll never forget. I wanted to do the right thing for my daughter.”

In 2014, a buddy hooked him up with Kimbo Slice, who staged bare-knuckle street fights that he filmed and posted online before becoming a Bellator MMA pro. Level knocked out a karate expert in seven seconds and then battled a a 6’3”, 250-pound monster for 27 minutes.

His gang fighting had trained him well. He was off the streets for his daughter.

From Kimbo, he fought for Dhafir “Dada 5000” Harris in the Back Yard Brawl and caught the attention of Telemundo Spanish TV who orchestrated for Level to go pro. In his first fight it took just one minute thirty seconds to destroy three-time World Champion Ricardo Mayorga.

At the same time, Level made money performing gangsta rap.

“It was a blessing, but I was still empty inside,” he recognizes. “I had the money, the fame. I had all that. But I was empty inside. I was mad at the world.”

One night in the studio while he was writing gangster lyrics, his demon started to overpower him, he says. “What’s going on?” he asked. “The air got thick.”

Then God spoke: “You either come with me now, or I’m going to take away my hedge of protection. And Satan is going to do what he’s gotta do with you.”

It was an epiphany, and Level wanted to change. He surrendered his life to Jesus Christ as his Savior and Lord, and was born again.

In 2016, following the death of six-year-old King Carter from a drive-by shooting, Level’s heart ached for the innocent kids swept up in gang violence. So he launched “Peace in the Hood” with Pastor Andy Rebirth, a Christian rapper from New Orleans. Together, they held an outreach in crime-ridden Carol City.

“Now I go from prison to prison, from project to project, preaching repentance and remission of sins in the mighty name of Jesus Christ,” he says. “God is so real. If God can do this for me, he can do this for anybody. God is raising up a remnant of end time warriors that are unashamed of the gospel.”

The converts he evangelizes in the streets he also baptizes, one of whom is now his wife. Level had the privilege to baptize his mother, Emiliana. “My mom prayed for me all those years, and now I got to baptize her,” he says. “God is good. God is real.

“I was the worst of the worst,” he adds. “I was the leader of one of the biggest gangs in Dade County, but now God is using me. He put me through that fire to refine and purify me.”