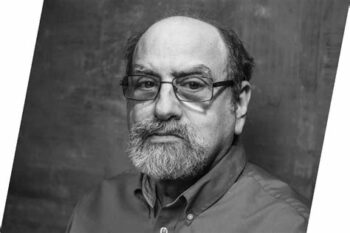 Natural selection is fine, but the theory of evolution collapses long before natural selection can even get started, says biochemist Sy Garte, PhD, on Capturing Christianity. It collapses at the molecular level.

Simply put, there’s no scientific basis for how complex, sophisticated molecules – called polymers — could have spontaneously generated to provide even the most primitive cells the building blocks necessary to start the evolutionary process.

The field of study searching for an explanation of how these molecules first developed is called abiogenesis, and its failure to account for “chemical evolution” is something of a secret in science.

“People who say that we’re almost there are just wrong,” Garte says on a YouTube video. “People who are not working in the field, many of them, will say, ‘Oh, yeah, we’re getting there. We’ve made a lot of progress.’ But the people who are actually the leaders in the field and know the details say… not a lot of progress has been made – in fact very little progress. And the numbers of problems just keep expanding.” 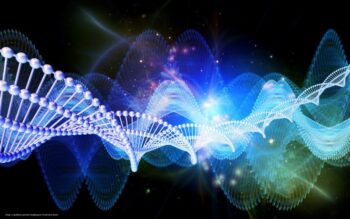 Born into a third generation of atheists, Sy Garte loved science because hard facts seemed dependable, a more solid basis for belief than faith in a God.

In graduate school, he was filled with wonder over the dizzying complexity of cells replicating with mind-boggling accuracy.

and the complexity is just incredible,” he notes. “I remember feeling like a chill going down my spine. It was like, ‘This is amazing. How did this get here?’ It was something that I couldn’t answer.”

But he was only in graduate school, so he shrugged it off. He would, or so he thought, get his answers later, as he progressed in the field. 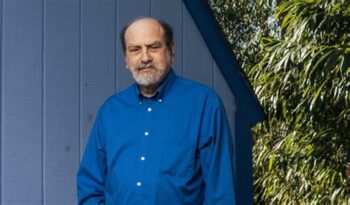 Instead, the sense of wonder only grew.

Indeed, chemicals do not produce offspring!

“But a living cell can make copies of itself that are 99.9999% accurate,” he adds. “That’s astonishing. How does that happen? It involves a tremendous number of really complex things, including the genetic code, including ribosomes, and DNA replication, and protein synthesis – things that are just too complicated to describe without slides or without a semester of biology or chemistry or whatever.”

His dad was a chemist, a hard science guy. He and Garte’s mother also happened to be communists and militant atheists. So Garte’s formational worldview was one of humans finding answers themselves and not depending on religious faith.

“At that time, I would have said ‘God’ was a lazy explanation,” he says. “But with what I was learning in biochemistry and about how life works right, it just seemed that saying ‘evolution explains everything in life’ was too glib, too easy. It didn’t seem to me to be enough.”

Nevertheless, the official version is that evolution accounts for the origin of life. For example, Wikipedia’s article on abiogenesis affirms optimistically: “Many proposals have been made for different stages of the process.” Wikipedia doesn’t deal with the many thorny issues besetting abiogenesis and pans a Christian outlook in the subtitle: “For non-scientific views on the origins of life, see Creation myth.” 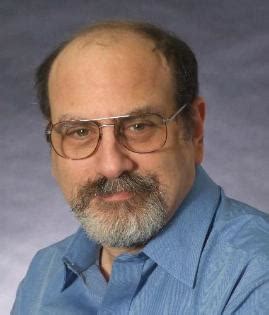 For the writers and editors of this article on Wikipedia, Christianity is a myth.

But for true scientists, the difficulties of abiogenesis are real.

Garte has published two articles himself on the subject in scientific journals.

“Abiogenesis is very active field of research and people are looking at very intensely in various ways,” he says.

His parents had inculcated the idea there was no God, could be no God. But as he peered into the micro universe of chemistry and quantum physics, Garte wondered if science really could explain everything and if science was the know-all, end-all for understanding existence.

“I just started wondering about whether science was really the only way to find any truth (but) I was not yet ready to believe in God,” he remembers. “It took a lot of other steps. It

A friend invited him to church, and he attended. He was surprised by what he saw and heard. He had been told he would hear a message about Hell and condemnation, filled with harsh judgements. But the priest spoke about love.

“I think I’ve been lied to,” he concluded about the experience.

The Holy Spirit moved on his heart in tandem with his growing understanding about the limits of biochemistry.

If science falls short on explaining the origins of the universe and of life, maybe God could be a viable alternative, he mused.

Today, Garte says biology needs to be revamped much the same way Einstein revamped physics with E=mc2. Garte suspects that answers may start to come from teleology, the study of finding purpose in the design of natural phenomena.

Evolution is also a poor explainer of what makes humans different than animals.

“There are other parts of biology that are incredibly suggestive of something way beyond anything we can understand, including consciousness, human behavior.” Garte says. “The idea that Darwinian evolution by natural selection explains why we have morality or why we’re creative or why we love music, that’s just nonsense.

“That’s not even scientific. What makes us human? What does it mean to be in the image of God? Human beings are not just animals who are smart.”

When the dust settles in the progress of scientific research in biology, one thing will remain clear, Garte says.

“Science and Christian faith are absolutely NOT in conflict,” Garte says. “I understand that people growing up in faith occasionally will lose it for various reasons. But one of those reasons should never be science because science is not anti-Christian. Science is not atheistic. Christianity was instrumental in the foundation of science.

“In the beginning of science all the original scientists were Christians. There are still many, many scientists who are Christians, despite the current atmosphere which is somewhat hostile to Christianity.”