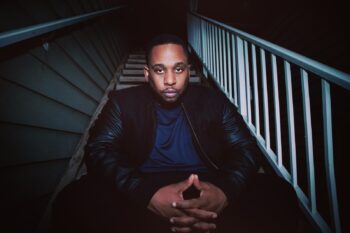 Everyone else he knew didn’t have a dad. So, the fact that he had a father should have been a blessing for Nathaniel Martinez, but he got picked on by envious boys and felt like an outsider. Still, he projected the proper pastor’s kid image until he could no longer stand it.

“When I was about 17 I just kind of blew up,” Nathaniel says on Testimony Stories YouTube channel. “I just was so angry. “I 100% rebelled against the church when I came of age.”

Today, Nathaniel is better known as Selah the Corner, a rising rapper on the God Over Money label. 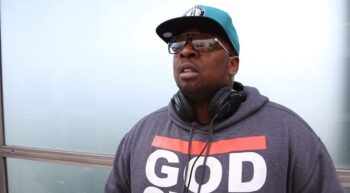 Born in the rough South Side of Yonkers, New York City in 1985, Nathaniel had to wend his way through the warzone of rival gangs and drug deals. First his mom got saved, then his dad. His parents became pastors.

Again, the blessing turned into a curse.

“I thought my parents were taken away from me by the church,” he confesses. “At 3:00 in the morning when I had a nightmare and I wanted to talk to my mom and my dad, sometimes mom and dad were on the phone with somebody who was dying in the hospital. You understand as a young child the ministry comes first, and that stops you from even asking your parents to choose between you and the ministry because you love them. But doing that 20-30 times, and you’re a grown man and you’re like, yo, I let these people take my family away from me. 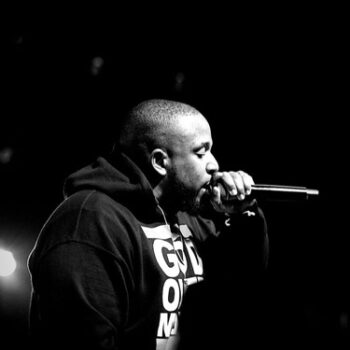 “That’s the negative way to look at it.”

When he got a car and didn’t have curfew anymore, he started indulging his flesh and only attended church on holidays.

At Stony Brook University where he always stayed on high honor roll, he took drugs and partied – in a highly “organized” way so that his parents wouldn’t find out.

“Being a pastor’s kid, you learn how to organize your sins because you realize how important it is that no one ever finds out anything,” he says. “I had everything on strict times. I was gonna be in the streets for this long. I was gonna do these amount of drugs and what time I would need to be sober. I had the Visine and the cologne.
“I just perfected my negative craft in that aspect.”

But behind the “organized” facade, his life was crumbling – to the point that he contemplated suicide.

“During my early sophomore year, I was asking myself, What is it all for?” he recalls. “I was at that dark place. I needed to have prayer on deck, but because I was so disconnected from my foundation, I didn’t have anywhere to turn and I was too prideful to tell my parents.”

So, he wrote God a resignation letter. He was not quitting God’s service. He had done that already.

He was quitting life.

It was Nathaniel’s version of a suicide note.

In it, he detailed all the reasons he hated life. 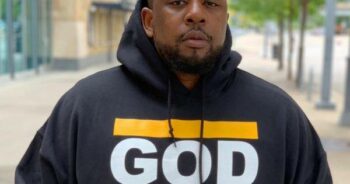 In “the resignation letter, I’m telling about all the things that that didn’t happen for me that should have happened,” he recounts. “But when you’re writing this down, at some point you have to acknowledge how good he’s been as well. I mean it’s just inevitable. So, in the letter, I’m saying even though you gave me two parents, they couldn’t be around because of the ministry. But then I sat back, and I’m like, wow, I forgot that he did give me two parents.

As he wrote, he unconvinced himself about the deathly dare and the path of destruction. He wound up realizing that he needed to count his blessings.

“It turned from a resignation letter to a cry for help,” Nathaniel says. “After I finished the letter, I felt a peace that I hadn’t felt since I was a child.”

Nathaniel continued writing letters to God – 15 of them.

Then he realized something. What he wanted to do in his life was not what he was studying at college. He wanted to write music because he was very good at expressing himself. A CHH career was born.

But how Selah the Corner got signed by God Over Money records is fraught with irony.

The label’s founder, Bizzle, snatched fame by recording a rap “dissing” Jay-Z. Nobody could believe that a then-no-name-rapper would have the guts to disrespect the man whose music was “flawless.”

Bizzle achieved overnight fame with the bold move. He called out Jay-Z for promoting violence and drugs to African American youth.

Selah, who was dropping Christian rhymes left and right, was incensed. How dare Bizzle offend Jay-Z? Wasn’t Jay-Z’s soul important enough for him to refrain from turning him off from Christianity?

Bizzle’s man found Selah one day and had a talk with him.

It was hypocritical, he told Selah, to fault Bizzle for dissing someone when he was himself dissing someone (Bizzle). They talked for two hours on a Brooklyn street. Selah explained all his reasoning.

But at the end, Selah deleted his dis.

Months later, Bizzle’s label called to congratulate him on his subsequent recordings.

“I apologized for everything, and he signed me,” Selah says. “The rest is history.”

Michael Ashcraft also is a financial professional in California.