Despite experiencing terrors of demonic oppression as a child, Apisit “Ide” Viriya didn’t abandon the syncretic Buddhism of his childhood when he began suffering clinical levels of obsessive-compulsive disorder with anxiety as a college student.

“Buddhism acknowledges suffering in the world,” says the Thai immigrant to America. “But for me it didn’t provide a solution. I fell into a survival mentality.”

Ide was raised in the Theravada tradition of Buddhism. Growing up in America, Ide was told by his parents to always double-down on the teachings of his family, as 95% of Thais are Buddhist.

So he hung on to Buddhism, even when the animism of his village opened him to demonic influences. His parents didn’t believe him or his brother when they were awakened by terrors or heard voices during the night, so they comforted each other.

“I felt like there were fingers touching my body,” he says on a Delafe video. “I could see two eyes looking down at me.”

At the University of Maryland in Baltimore, Ide first encountered an enthusiastic believer. He felt like she genuinely cared for him, but he was put off by her exclusive attitude, saying that Jesus was the only way to God.

He listened to her as she witnessed to him and even attended church, but he also shared Buddhism with her.

In his early 20s, he began to suffer from depression and OCD, believing that something bad would happen to his mom if he didn’t repeat a phrase a number of times. 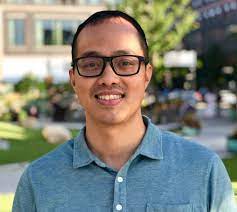 “I would keep having to repeat things as a thought in my head until I felt peace,” he says.

He sought help from university student psychological services and got referred off campus because the case was higher level than they could handle.

Thus began years of therapists, psychologists and psychiatrists. At the height, he was taking 12 pills a day to calm the irrational fears. He also dove deep into Buddhism, visiting the temple and praying with monks every evening.

While Buddhism teaches the way to peace is by not setting your hopes on the things in this world, it was completely at a loss for aiding with OCD.

Trying to manage his OCD, finish college, and hold down a job, was a daunting task.

Desperate at age 25, he saw a Christian psychologist, who asked if he could pray for him each time. “I was hurting, so lost, I said, that’s fine. I just didn’t care,” he says.

But occasionally, he continued to experience demons.

At 30 he went back to school to work on his master’s degree at the University of Maryland and stayed with his brother.

Once again, he spotted a shadowy figure, so real that he at first thought it was his dad in his brother’s room. It wasn’t his dad, and the figure disappeared.

He tried to return to study as best he could.

Next Saturday at the Buddhist temple, he asked the monk about the demons. “There are spirits in this world,” the monk told him. “Sometimes it’s because the spirit of the person couldn’t move on to their next life.

Go home and meditate and share your ‘merit’ with the spirit.”

The merit is goodness needed to progress to the next life.

As he was meditating at home, he felt a presence. He calmly offered to “share his merit.”

“Then suddenly I felt cold inside my body,” he recalls. “I knew something was wrong.”

For the next two weeks, he felt cold, and wearing a jacket, hat and mittens did nothing to take care of the cold. Nor did the heater. While his friends indoors wore T-shirts and shorts, he felt cold. 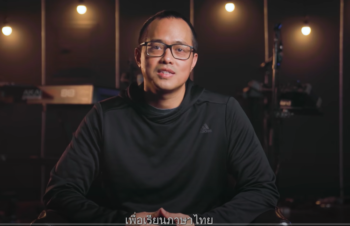 He continued to sense a spirit’s presence in his home, and he got scared enough to pack a bag and stay at a friend’s. The spirit followed him, hounded him, stalking him.

So he took refuge at the Buddhist temple. The monk did rituals and offerings of peace with him, but the spirit stalking him continued.

The monk gave up. “Some people just have a weaker mind,” he told Ide.

Ide felt like he had no hope. “Where’s the way forward?” he despaired.

One day in the car, he turned on the radio, and a preacher shared the Word – which was weird because he always listened to hip-hop, not Christian radio.

“Do you ever feel like you’re in the middle of the ocean and there’s waves hitting you from every direction?” the preacher asked.

His ears perked up.

“Yeah that’s kinda how I feel right now,’ he thought.

“Sometimes God will allow you to be in those situations so the waves push you closer to him,” the preacher said.

Immediately Ide felt the need to go back to church with his friend from 10 years ago.

“I sit in the back corner and as i’m sitting there they begin the worship,” he says. “I remember I just started tearing. I was bawling.”

The subject of the sermon? Demons.

As the pastor described demons and paranormal activity, Ide was visibly shaken, so much so his friend noticed and suggested he get prayer.

“The only way to be truly free is if you accept Jesus as your Lord and Savior,” the pastor told him.

Still the pastor prayed for him. “After the prayer I felt lighter,” he remembers.

Even though he turned down the chance to accept Jesus in the church, when he returned home Ide asked God if he was real.

His biggest fear was what would his parents think? After sharing with them his dilemma, they encouraged him to seek answers in Christianity.

It turns out that the pastor was his neighbor. Ide visited and asked for the gospel story again, and he wound up receiving Jesus into his heart.

A new power was dislodging the old resident evil – and there was a surge of paranormal activity until the demons were completely gone.

He felt a tingling of electricity in his foot. The lights in his night class flickered on and off three times. He drove over to his friend’s house, and as he passed under stoplights, some of them turned off and then on again.

At least he felt warm.

The friend had warned him that the power was out at his parents’ house, but when Ide showed up, the lights came back on.

The next morning, Ide experienced a new sensation.

“I felt like I had been wearing sunglasses my whole life,” he recalls. “Now it felt like the sunglasses had been lifted off. It was the most beautiful morning I’d ever seen”

“It clicked in me, my goodness, Jesus is real!”

He got rid of his Buddhis paraphernalia and started praying for his parents to get saved.

“God sent Jesus to take our punishment on that cross,” Ide says. “It wasn’t just that he died, but he rose again, defeating death and sin.”