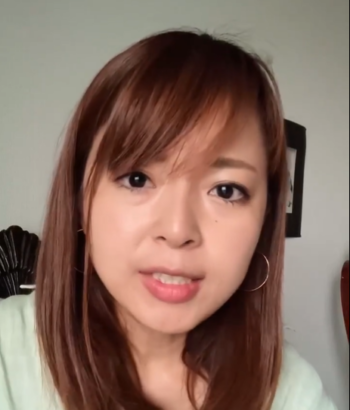 In a moment of extreme accumulated frustration, Chiaki Gadsden told her alcoholic mother during a fight: “Shut up and die!”

Chiaki’s childhood frustration and source of loneliness and abandonment was her mother’s alcoholism. Her father didn’t like to see his wife drunk, so he stayed away from home. Her older sister had become hardened and unfeeling, so she paid no heed to Chiaki’s pleas that they help Mother. 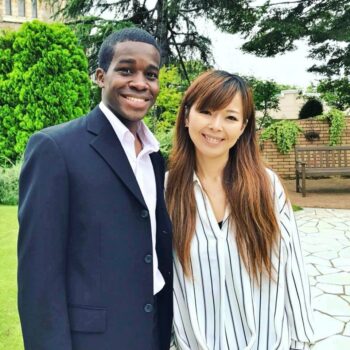 Meanwhile, she grew hard-hearted and distant from everyone.

That morning Chiaki and her mother fought, as they did many days. The sinister effects of alcoholism over many years reached a boiling point and Chiaki uttered the words she later regretted: “Shut up and die!”

She pronounced the awful words, but didn’t want the horrible result.

So when Mom died that day, Chiaki was staggered.

“I started to blame God: ‘Why didn’t you help me?’” she remembers. “I thought, What’s the point of this life? No one can help. My family didn’t help. God didn’t help. What is this life?” 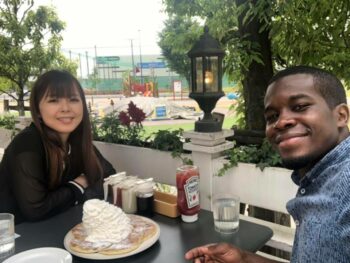 At a family meeting, Chiaki’s father made a terrible announcement to everyone.

“He said my mother’s death was my fault,” Chiaki says.

“I was shocked that he said that,” she says. “I could not understand why he would say that.”

“Oh, it’s my fault that my mother’s dead?” Chiaki thought. “My father said so. Then it is bad for me to be here. If I’m not here, then everyone will be happy.”

From that moment, Chiaki no longer sought to have relationships with people. She cut herself off. She lost all hope, all purpose. 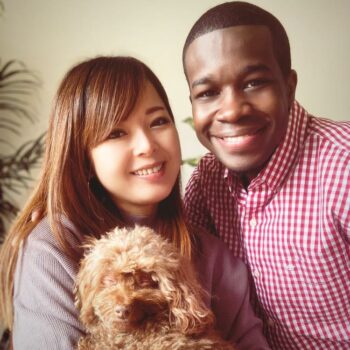 “Everything just became darkness,” she says.

Then Chiaki was invited to a gospel music festival.

“When I saw and listened to the gospel music, suddenly I felt something warm in my heart,” she recalls. “I thought, wow, gospel music is amazing. Then all of a sudden, tears started to pour out. I thought to myself, Why am I crying? I thought, What is this? What is this?”

It was the Holy Spirit working in her heart.

She was so touched, she decided to join the gospel choir. “I must join this singing group,” she realized. “Perhaps something will change in my life!” 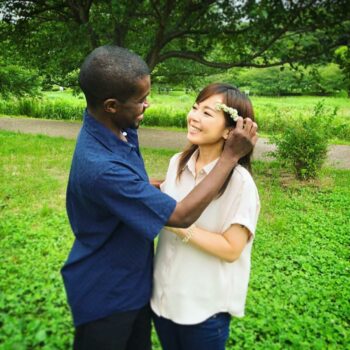 As she sang, the warm feeling came over her again and again. She loved the feeling but she didn’t understand where it came from.

After some rehearsals, she gathered her courage to ask: Why is gospel music so different?

“Gospel music is praise music to God,” they told her. “The songs are filled with the love of God.”

“Oh, it’s about God,” she reacted. “Up to that point my view of God was just negative. But the more I sang, the more I felt this strange power. It was through gospel music that I was able to see light in my dark life. Something happened. I got hope and joy.

“Then I realized the feeling was God.” 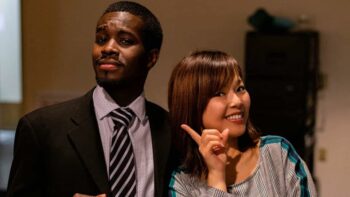 She wanted to learn more about God and began attending church. There she met a gospel music singer in Japan who later became her husband. Today Chiaki and Marcel Gadsden lead a church that breaks stereotypes and reaches out to people who beneath the polite veneer of Japanese culture are conflicted and hurting.

“Though my life and heart was only darkness and though I had no hope, no love for people, no purpose, in the midst of all that I wanted to know God,” she says. “I thought if I knew him, my life would change. After I started believing in God, my life changed dramatically.”