Saturday, April 9, 2022, was the 80th Anniversary of the Fall of Bataan in the Philippines during World War II and the day, 80 years ago, the Bataan Death March began. This was the forced march, under gunpoint of the Imperial Japanese Army, of up to 80,000 American and Filipino prisoners of war from Saysain Point, Bagac, Bataan and Mariveles to Camp O’Donnell, Capas, Tarlac, through San Fernando, Pampanga.

The commemoration on the 80th Anniversary at Poway Veterans’ Park in Poway, California, was organized by Commander Don Biadog, CHC, USN (Ret.), a former Command Chaplain of MCAS Miramar in San Diego who is also a native Filipino. The purpose of the commemoration was to honor the victims and their descendants and relatives for the tragedy that befell them. 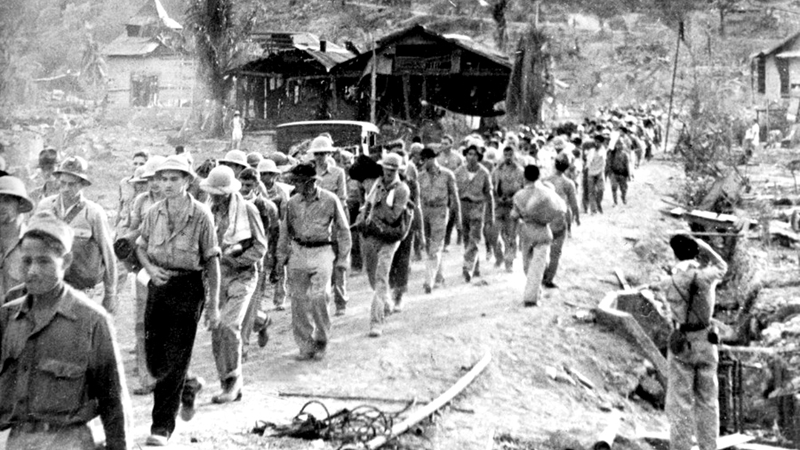 Commander Biadog expanded the ceremony to honor all veterans, saying, “We must never forget the undaunted courage, unwavering tenacity, and the ultimate sacrifice of our WWII veterans who fought in the Philippines. The 80th tribute honors and remembers the fallen and the survivors and the families of WWII heroes.” 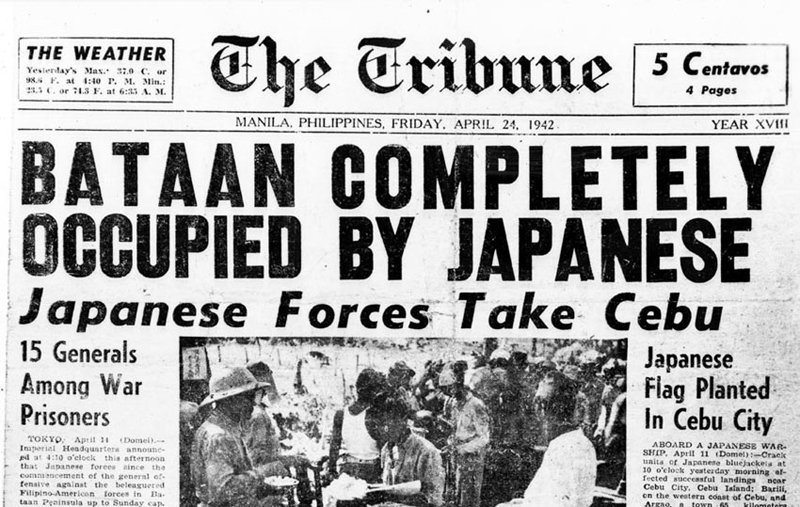 I had the privilege of making remarks about World War II, writing and presenting the Bataan Death March Memorial Prayer for the occasion to a packed out crowd of several hundred people after the USMC Color Guard from MCAS Miramar posted the colors, and presenting a copy of The Presidents’ Bible to the guest speaker, movie producer Francis Lara Ho. My three takeaways from the event are as follows:

One may suffer defeat while maintaining honor. These soldiers suffered a temporary defeat, even if killed in the process. But many of them did so honorably by not forsaking God and glorifying God in their hearts through it all. Likewise, this applies to our everyday experiences. No matter how terrible our treatment might be by anyone or any circumstance, God expects us to handle these honorably in thought, word, and deed. For the Word says, “No temptation has taken you except what is common to man. God is faithful, and He will not permit you to be tempted above what you can endure, but will with the temptation also make a way to escape, that you may be able to bear it” (1 Cor. 10:13, MEV). 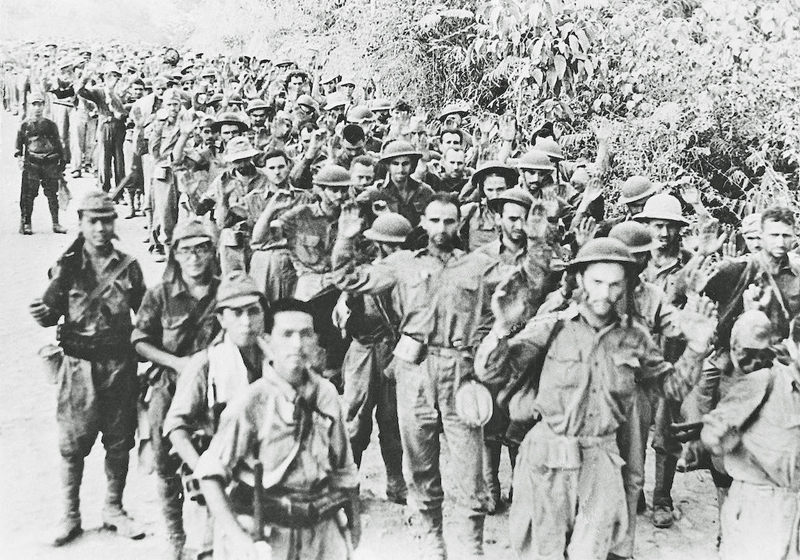 Love repels fear and might also repel our enemies. They may destroy our reputations with deception in the minds of their friends. When they do, they are actually exhibiting hatred of their friends because deception is based on hatred. They may hurt us physically or even kill us if they could get away with it, but they cannot touch our souls, for our souls belong to God if we have surrendered to Him. And they may try to instill fear within us, but love casts out all fear, for the Word says, “There is no fear in love, but perfect love casts out fear, because fear has to do with punishment. Whoever fears is not perfect in love” (1 Jn. 4:18, MEV).

Victory comes with a cost. Nothing is free. Someone paid for whatever we have. Sometimes others pay for what we have, our parents paid for what we received through much of life, and Christ certainly paid for our sins on the cross and gave salvation to us who received it. But we ourselves must pay for most of what we attain in life. Those who fight in war must pay the price to win. Their lives, and those for whom they fight, depend on their diligence and preparedness to achieve the victory. Spiritual warfare parallels war between nations and conflict with people in our lives. The cost of victory is paid on our knees and in the Word and by acting on the wisdom God gives us when we are in the midst of any conflict. The Word says, “For our fight is not against flesh and blood, but against principalities, against powers, against the rulers of the darkness of this world, and against spiritual forces of evil in the heavenly places” (Eph. 6:12, MEV).

Creator of the universe,

We mourn for those who died

In the Bataan death march of 69 miles,

Whose souls then left this earth.

O God who rules the heart and mind

And takes away all fear;

And calms the wind, draw near.

Thy presence, felt with boundless love,

Wherever they may go;

Thy Spirit, gentle as a dove,

Be Thou the God they know.

Eternal Father, strong to save,

In prayer before Thy Light;

In solitude of sovereign grace,

About the Author: James F. Linzey served on the translation committee for the Modern English Version Bible, and is a retired Army chaplain with the rank of Major, having served for nearly 24 years. His parents were World War II hero Captain Stanford E. Linzey, Jr., CHC, USN (Ret.), and Dr. Verna M. Linzey, who was declared by Admiral Frederick C. Johnson to be the Mother of the Fleet of the US Navy for building the largest Sunday School program in the US Navy at NAS Moffett Field.