He grew up in the entertainment industry with parents who achieved film stardom in the 1930s.  After World War II, his father, Robert “Tex” Allen, focused on Broadway, acting in the original productions of Show Boat and Auntie Mame.

“Florence Siegfield called my mother the most beautiful woman in America, and she was gorgeous!” says Ted Baehr, the well-known media critic and publisher of Movieguide.  “My father starred in 62 movies and won the box office award in 1936,” he told God Reports.

Baehr describes himself as a “Hollywood Broadway brat,” but the beginning of his teen years were jolted by the untimely death of his mother, actress Evelyn Pierce, who died at 52 from a massive heart attack.

“That threw me for a million reasons into a tailspin,” he recounts.

In a bighearted attempt to compensate for the loss, his father bought Ted expensive sports cars the rebellious miscreant drove at excessive speeds. “I wrecked them…drove one off a 120-foot embankment. And then I did a lot of drugs,” he says.

During Ted’s college years the Sixties counterculture exploded. “Some of my friends didn’t make it…actually nothing was illicit at that time. In the Sixties, almost everything went and I also had a lot of girlfriends.”

Amidst the turbulent cultural changes taking place, a countervailing voice broke through in

the person of Billy Graham. A woman who happened to have a crush on Ted’s father invited him and Ted to attend one of the noted evangelist’s events. “He would take me and I’d walk out. I had a super abundance of education, and I thought these Christians are crazy.”

The woman who invited him recommended Ted read the Bible.

Drifting to the left in his politics, Ted became a member of the National Lawyers Guild, which had been accused of being a communist front organization. He also joined the Natural Resources Defense Council. His tutor at Cambridge was a hardcore Marxist.

After several months of arguing with his father’s friend, Ted finally relented. “Okay, I’ll read the short part of the Bible, the New Testament,” he told her.

As he began reading “the begats” in Matthew, something unusual happened.

The book of the generation of Jesus Christ, the son of David, the son of Abraham. Abraham begat Isaac; and Isaac begat Jacob; and Jacob begat Judas and his brethren. (Matthew 1:1-2 KJV)

“I called the person who wanted me to read the Bible and told her, ‘This is like reading the New York phone book.’”

But the more he read, the more the power of the Word and the Spirit began to grab his heart, overcoming his previous intellectual objections. “I started to realize this is a true story about a real person. Most people don’t think the begats have any meaning. But if you start looking at them, they have a lot of meaning.”

In response to reading the begats, Ted surrendered his life to Jesus Christ and was born again. “He saved me; He redeemed me, He renewed me. And I didn’t want to do it. And it wasn’t out of need. It was out of His grace and His love and His kindness.”

About a week later, Ted met and began dating Lili, whom he would later marry.

Coming to Christ radically changed the direction of Ted’s life and career. He began to study at seminary and subsequently became the director of the Television Center at the City University of New York. While researching the impact of media in education, he launched his first ministry, Good News Communications.

In 1979 he was elected President of the Episcopal Radio and Television Foundation and began the initial development for the Christian Film & Television Commission. He also served on the Communications Board of the National Council of Churches.

As Ted studied the direction of popular films, he began to wonder how to redeem the entertainment industry.

“During the Twenties the movies were very debauched. One movie with Heddy Lamar had 13 minutes of nudity, Another one had Edward G. Robinson prostituting his 11 or 12 year old daughter to pay his bills.”

There were protests and censorship laws proposed in various states. “This was all before 1929. So these three churchmen…got together with two other people and said none of the protests, none of the laws were working. They said, ‘Why don’t we go to the industry. We’ll show you how not to have any empty seats in the box office.’”

The Code began to weaken due to the impact of television, foreign films, controversial directors, and intervention from the courts. In 1968 the Production Code was replaced by the MPAA film rating system.

In Baehr’s opinion, the crucial factor in the weakening of the Code was the retreat of the Catholic, Protestant, and Jewish film offices that influenced Hollywood until 1965.

“They cleaned up Hollywood, between 1929 and 1931. And then that lasted — 100% clean — to 1965, when the church film offices left. The head of Paramount Pictures said if you do that, if you take the salt off of the meat, the meat’s going to rot, and, lo and behold, the meat rotted very quickly.”

Between 1965 and 1968 there was a race to the bottom. “Three years later, 82% of the films were R-rated and you had the first sex and satanism film and the first ultra-violent X-rated movie.”

By abandoning the code and going to a ratings system, Hollywood paid a huge price financially. “They lost a lot of money. They went from 44 million weekly attendance to 17 million and it’s never gone back. Sometimes it goes up to 24 million, but for the last couple of years, it’s been very low,” he observes.

“Of the top 10 films, none of them had any LGBT content. There was no nudity in the top 10. The more nudity you put in, the less money you make.”

In 1985 Baehr began publishing Movieguide, which has become an online database of movie reviews utilizing a “Biblical perspective” that helps parents make informed decisions about their families’ entertainment choices. 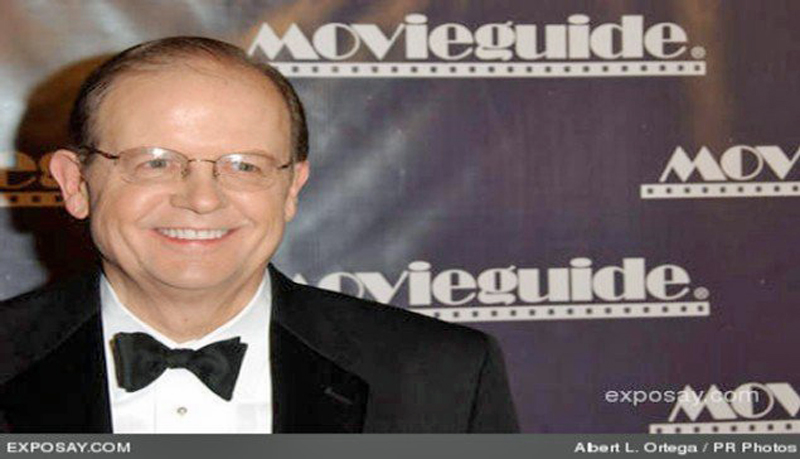 “Our goal is to clean up the industry. And there are certain areas that are that are really doing well. Netflix hired a wonderful person to do faith and values films, and they’ve done some of the best. And one of the first films, which was number one for nine weeks was produced by somebody who took my class in 2015. So we see a lot of success. And we see a lot of Hallmark movies being done by my students. So we’re very, very blessed in that way. And of course, the wheat always grows up with the chaff. So there’s a lot of chaff there, too.”