Eyewitnesses saw the soldiers throw a black bag over her head as they abducted her. “A woman who knew Valentina reportedly betrayed her to the Russian troops when they arrived in town, telling them that Valentina was helping the Ukrainians,” according to CBN.

Valentina had been helping with the distribution of food to people hiding in bomb shelters, as well as Ukrainian soldiers.

“She was the keeper of the village, the main philanthropist, who knew about the pain and need of every resident, and every adult, respectively, knew her…She gave love and light, worked in the Emmanuel projects. She distributed food and bread to the hungry, and preached the gospel to the desperate,” according to a spokesperson affiliated with Far Reaching Ministries.

When Russian troops drove into her village in tanks, Valentina’s acquaintance – apparently a Russian sympathizer or a Russian plant, shouted: “My dear ones, how long I have been waiting for you!”

This same person informed the Russians that Valentina had been an accomplice of the Ukrainian military – “the right hand of a military chaplain.”

Her supposed transgression had been carrying food to hungry Ukrainian soldiers in icy trenches.

Two weeks after her abduction, Chaplain Yevgeny’s phone rang.  Valentina’s exhausted voice informed him she was being held captive. Since that time, there has been no word.

“It’s not very promising right now. Our team is starting to fear the worst because there’s just been some bad stuff on the ground,” the spokesperson for Far Reaching told God Reports.

“It’s so troubling, because they have been targeting civilians, especially in the Kiev area, but other areas. One lady we have in one of our missionary’s homes right now, she actually observed the military coming in and literally shooting civilians, women, children, elderly men, and she is just absolutely traumatized. But we haven’t seen a lot of people, at least from our side, that have been actually arrested for trying to help refugees.

“We need the body of Christ to pray because this is bigger than us. We need to have people who are truly trained and skilled that can go into an environment like that, that love Jesus, and don’t want to go in there just to be superheroes.”

The challenge of the moment is vast. “How do we take care of all the refugees? It’s still winter. I’ve got my missionary in Georgia trying to buy kids socks and jackets. And it’s just overwhelming. So, if the body of Christ wants to do something, we need 24-hour prayer and we need millions of dollars at $5 increments. 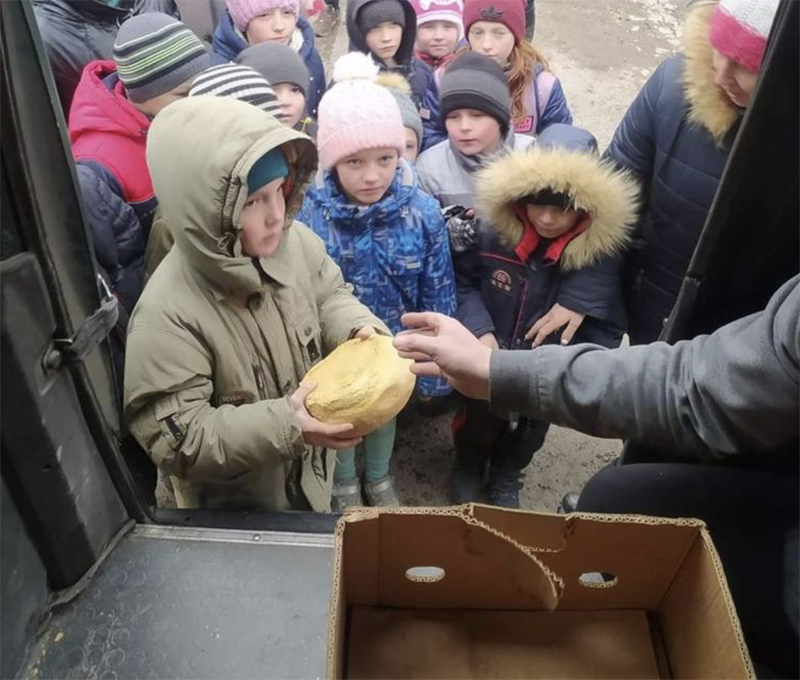 “We need Christians leaning into this because this is one of the worst things that has ever happened in our lives.”

To help the work of Far Reaching Ministries in Ukraine, go here