Her husband beat her every time he drank, and Anh* became so desperate she was ready to end the hell that was her life, according to a report by Christian Aid Mission (CAM).

When Anh first met her future husband, Ngoc*, she saw his charm and swagger and was smitten by love. She didn’t realize that he hung out with buddies who drank, gambled, and smoked opium.

After they married, he often came home inebriated and was physically abusive. 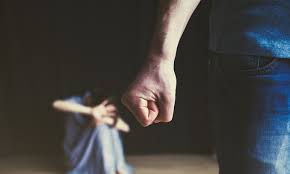 “Every time Ngoc got drunk, he beat his wife.” a local ministry leader told CAM.

One night, she took refuge at a friend’s house. When she returned the next morning, her husband had burned her clothing and her university degree.

In the depths of despair, Anh fetched a bottle of insecticide was was going to drink it, but her children began tugging at her and crying. For the sake of her children, she didn’t kill herself that day.

Instead, she worked on a plan for someone to care for her kids after she ended her life.

Before she could finish the plan, a Christian missionary knocked on her front door, came in, and presented the Gospel.

Moved by the power of the Word and the Spirit, she surrendered her life to Jesus Christ as her Lord and Savior.

“Everything was changed and renewed,” the ministry leader reported.

Anh invited her husband to receive Christ, but he rebuffed her. “No, never,” he declared.

However, he began to witness changes in his wife because of the filling of the Holy Spirit.

After pleadings from Anh and the children, Ngoc finally acquiesced and attended church. He was received warmly by the congregation and ended up accepting Jesus.

“The Holy Bible is very good,” Ngoc told his wife later that night. “But I can’t understand it. Can you teach me the Holy Bible?”

For four months he learned the Bible, aided by the patient instruction of the missionary. He even got baptized.

“His life was renewed day by day – drunkenness, gambling, fury, lying and opium were no more,” the ministry leader said. “Everything was changed and renewed.”

A short time later, three of his old friends got drunk and began to fight. They wound up in the hospital. Ngoc visited them and told them who could transform their lives. They accepted Jesus right there.

“Later, church members went to visit, taking care of them and praying for them. Praise the Lord, the three new Christians were living new lives, and their families also received Christ. Now there is a small group in the village, thanks to God.”

*Not their real names.