Numerous insiders accuse the Playboy founder, Hugh Hefner, of fostering a manipulative, controlling, and exploitative environment at his clubs and particularly the mansion he built in 1974, where he resided until his passing in 2017.

P.J. Masten, a “Bunny Mother” from 1972-1982, saw numerous examples. “I would venture to say there were 40 to 50 women that were silenced by Playboy because of abuse, sexual abuse,” she states in the docuseries. 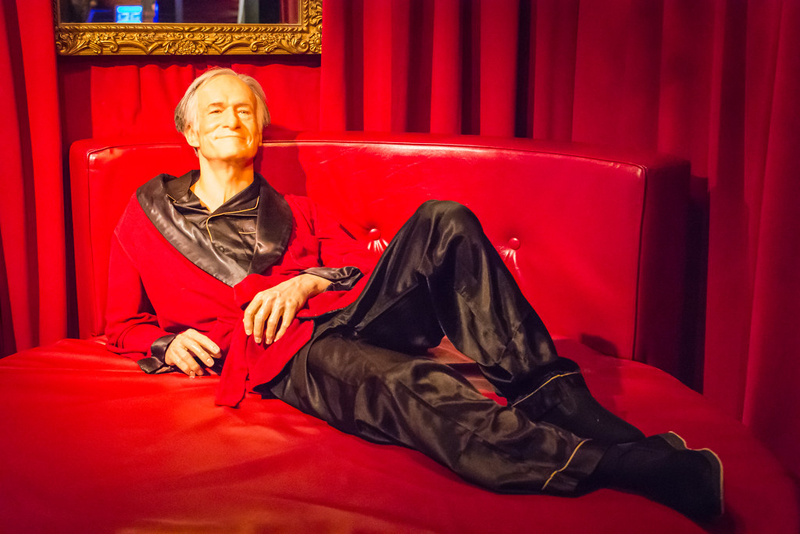 “I was dating Joe Piastro, who was the head of security. We were the clean-up crew. If anything scandalous happened we were to clean it up so it wouldn’t hit the press and they wouldn’t go the police department. There were scandals in every club. You weren’t allowed to take them to a hospital. You had to call Playboy security and Playboy security handled it.”

“There’s a very dark, dark side of Playboy that nobody wants to talk about,” she added.

Hefner hired former LAPD officers for his security team at the mansion and enjoyed a cozy relationship with the police, attempting to sweep improprieties under the rug.

Jim Ellis, a Hefner bodyguard in 1980-81, said he was warned about anything leaking to the press. “When I first got hired here, Joe Piastro sat me down and said if you ever go to the media with something you will wish you hadn’t.”

Bunny Mother P.J. Masten knows the reason for that behavior. “A lot of the women were sodomized because they didn’t want to get them pregnant. No woman deserves to be treated as a piece of meat. I was angry. I couldn’t believe it. Bunnies were easy prey.”

Dr. Mark Saginor, the personal physician and friend to Hugh Hefner, had his own room at the mansion. Incredibly, he allowed his 11-year-old daughter, Jennifer, to move into her own bedroom at the mansion as well. 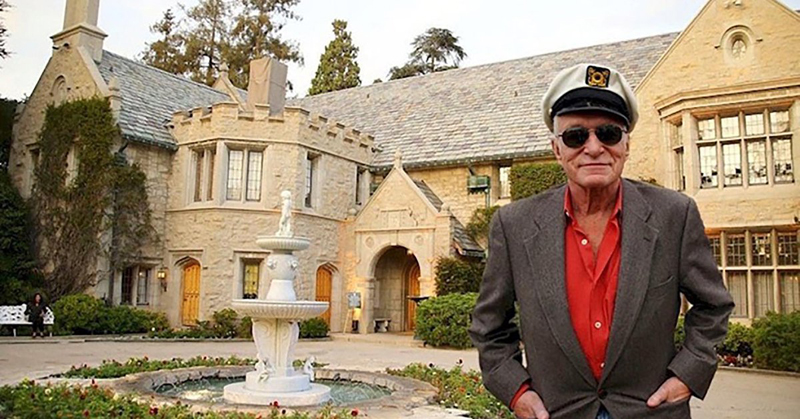 Jennifer Saginor wrote a book about the experience, Playground, which documents the corrupt lifestyle. “As time went on, I saw the inconsistencies; I saw the hypocrisy. This wasn’t about female empowerment; It was about something deeper, something much more sinister. It was about the breaking down of a woman.”

After plying Jennifer with strawberry daiquiris, she was coaxed into her first sexual encounter with Hefner’s main girlfriend at age 14, with Hefner’s urging and participation.

Years later, when Hefner discovered Jennifer was writing a book, he called and urged her not tell anyone she had an affair on his property while she was a minor. “Freedom of speech and the First Amendment was something he had been an advocate for his entire life. He asked me for a list of all the people I planned to interview for my book.”

Foolishly, Jennifer complied with his request. “When I called those people, they refused to talk to me. He didn’t want people to know what was really going on. Over time, I realized I was one of the many people who were silenced.” 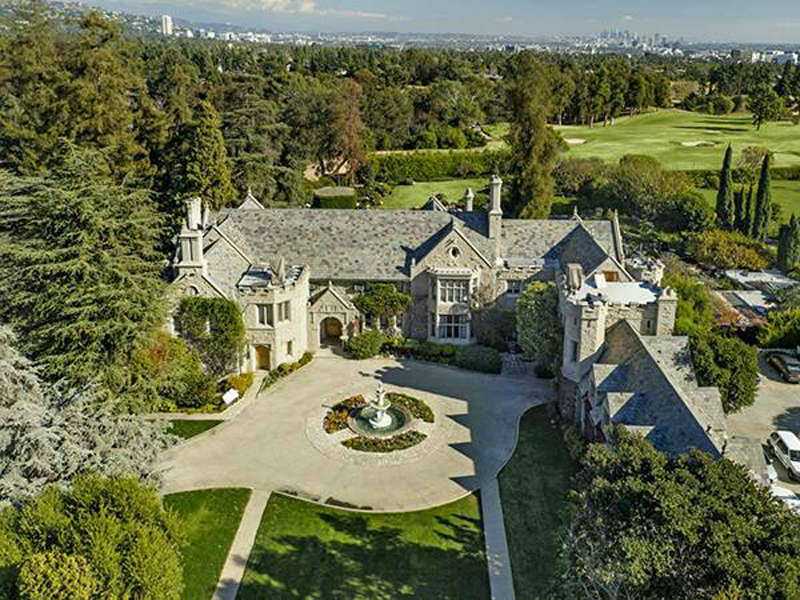 Holly Madison was Hefner’s girlfriend from 2001 to 2008. “He was going out to nightclubs several times a week with seven different girlfriends. My first time with him at a nightclub he leaned over to me and asked if I wanted to take a Quaalude. I said I don’t do drugs.” 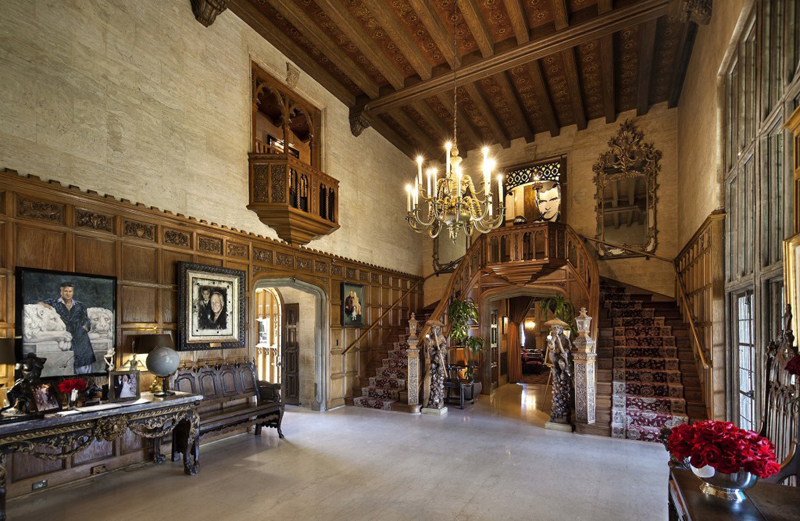 She described the atmosphere at the mansion as cult-like. “We were all gaslit and expected to think of Hef as this really good guy. It was easy to get isolated from the outside world there. You had a 9 pm curfew. You were encouraged not to have friends over. You were not really allowed to leave unless it was a family holiday. He wanted me to quit my waitressing job because it made him jealous. Instead, we were given $1000 a week as an allowance.”

“Someone told me how Hef always pits the main girlfriend against the other girlfriends. There was something darker there. I felt like he wanted to have control over me and the other women that were there. I finally saw him for who he was and I had to go. The time at Playboy really caused some damage. I’ve had some different kinds of therapy.”

Miki Garcia, a former Playmate and head of promotions from 1973-1982, agreed with Madison’s assessment.  “It was cult-like. The women had been groomed and led to believe they were part of this family. He really believed he owned these women. We had Playmates that overdosed. There were Playmates that committed suicide. Hefner even sent someone to buy me off (from writing book). When you get someone that powerful to be that fearful, anything could happen. I had a bodyguard. I was that afraid.”

Sondra Theodore dated Hefner between 1976-1981. She said when they first started dating, he was fascinated and obsessed with Charles Manson. “In Hef’s film collection, he had movies of the Manson family made before the murders,” she recalled.

“How does he have these women in jail and when they get out they still adore him,” Hefner asked her one day, intrigued by the hypnotic spell Manson seemed to hold over the women.

Hefner’s sinful behavior became more and more aberrant over time. “There was never enough. He had to have more and more and more. It was ugly. I felt like I was the ringmaster, like I had to put the show on every night,” Theodore said

New girlfriends were welcomed into his harem with the same script, “Welcome to the family. We are embracing you,” she added.

“It was all a lie. I saw them arrive fresh faced and leave tired and washed out. We were nothing to him. He was like a vampire. He sucked the life out of all these young girls for decades. Really, he was a monster, the things he got turned on by.

“I looked at him and I saw the devil.”

In response to the A&E series, some Hefner loyalists have tried to support him. A group of former Playboy employees wrote an open letter defending Hugh Hefner:

“We sign our names to support Hugh M. Hefner,” reads the letter. “From all we know of Hef, he was a person of upstanding character, exceptional kindness, and dedication to free thought.”

They added, “He demonstrated a commitment to living an honest life beyond everything else.”

“I proudly sign this letter in recognition of Hugh Hefner’s character amid unfounded allegations in the A&E show,” they wrote, adding that their tenure at Playboy “remains a period all of us are fond of.”