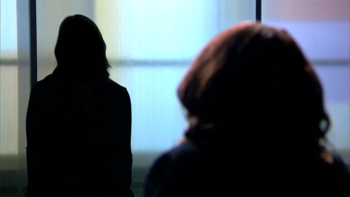 Stephen almost forgot to give Emily his normal goodbye kiss that morning in a rush before the day’s labors in a dangerous area of northern Africa. But he came back and gave her an extra-long hug. Sadly, it was their last hug together.

“That morning he ended up giving his life for Christ,” Emily says on a 100 Huntley Street video. Stephen, a loved and respected servant of Christ, became a victim of jihadist terror.

Emily first visited the unnamed country on a short-term mission trip. It was five weeks of ministering amidst poverty and hopelessness. 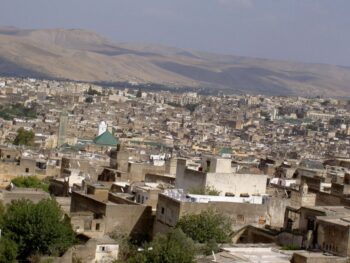 She longed to return to America where she could enjoy a decent cup of joe. The hopelessness attached to Islam was omnipresent in the women’s prison, where ladies were jailed for seemingly minor offenses, such as getting pregnant out of wedlock, she says.

After five arduous weeks, Emily waited for the plane to arrive that would whisk her back to America. While she waited, God spoke to her heart: If I called you to this country to serve, would you go?

Emily was more than ready to leave. But God was challenging her to give up much more than she could imagine.

So, after years of praying, Emily and her husband, Stephen, returned to the forlorn desert nation as humanitarian aid workers. To state on the visa application their true calling as ministers of the Gospel would result in a flat denial of entry, so they came in officially as aid workers. 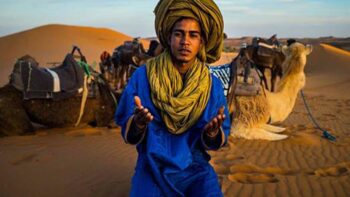 Specifically, they granted microloans to collectives of women to help them launch tiny businesses. Each month, when Stephen collected payment, the people would invite him into their homes with incredible hospitality.

Over tea and milk, they had long talks together. This was customary in their culture, and it afforded Stephen many opportunities to introduce Jesus.

As the years rolled on, Stephen and Emily grew bolder.

“We just did not feel comfortable with being undercover. That would be like putting our light under a bushel,” Emily says. We found creative ways to be who Christ wanted us to be and that is speaking about Christ, his life, his teaching.”

Stephen was growing increasingly bold with proclaiming Jesus. He even began to hand out Bibles and the JESUS Film liberally. Other missionaries grew concerned that he would go too far. Extremist Islam might retaliate.

“Other workers got very nervous,” Emily says. “They felt we had gone a little too far, that it would make us a little too conspicuous. They were fearful for us but also for themselves because they didn’t want to be labeled as proselytizers.” 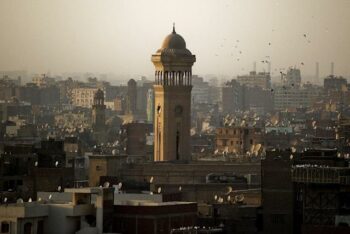 Their fears proved grounded. One day, Islamic extremists attacked and killed Stephen – who ironically shares the name of the first Christian martyr.

It was the day he went back for an extra-long hug to his wife – his unwitting goodbye.

After Stephen’s death, Emily and the children were escorted by authorities to the other side of the city, where they hid until they could be flown to the States.

Under the cover of darkness, Emily returned to her home to retrieve some few items to take with her.

When she went back she got a big surprise. The house was surrounded by people, all of whom wished to see her, hug her and express their sympathy. They all loved Stephen and were upset by the jihadists.

“Everyone wanted to come and pay their condolences – many of them in tears,” Emily says. “Our house was constantly surrounded for two, three days. It impacted them as well. They loved our family. They loved Stephen.

“They wanted absolutely nothing to do with terrorism or extremism. To me, that was just such a testimony of Stephen’s impact in the community. Stephen had started to feel a sense of urgency and he just really started to realize the word of God has to be out there.”

Certainly, Stephen and Emily knew the risks, but the compulsion to preach was greater than the desire for self-preservation. The pressing need to let Jesus be known eclipsed the exercise of caution.

“We may see a man only on time, but we can leave him with a portion of scripture or a Jesus film,” Emily says. “We started doing that everywhere we went. Stephen felt liberty to hand out Bibles and Jesus films because we had faith that it would not return void.”

Emily feels the outpouring of the community justifies their radical commitment to evangelize at whatever the cost.