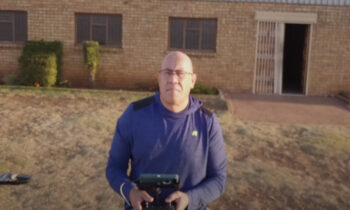 When Robert Polaco got saved, crime statistics went down for the City of Las Vegas, NM. So says his former pastor. People knew him and feared him, and soon the word spread around the city that the Door Church is where the former criminal was saved.

Robert Polaco’s mom lived mostly in a mental hospital with schizophrenia. His dad lived primarily in jail. Robert was raised as a ward of the State.

“I was placed in a foster home,” Robert says on the 2021 video produced by the Door Church. “According to the case work, I was being abused.”

Along with his harsh living conditions, Robert also felt like a pariah — as if something was broken within him. 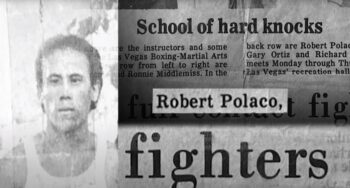 “I grew up with that chip on my shoulder,” Robert continues. “It was as if there was no answer, I felt there was no hope.”

Later on, Robert would dedicate his life and career to martial arts. His role as an instructor became the new identity he would give himself to.

“I decided to open up my own dojo,” Robert says. “That’s where I met my wife- I gave her free lessons because I thought she was pretty.”

Change would eventually come on May 15th, 1981. The young couple was introduced by Door Church’s pastor Harold Warner to a set of popular Biblical prophecy films. Convicted, Robert and his wife surrendered their lives to Jesus Christ.

“When I prayed that prayer on that night, I just felt free.” Robert recounts.

Similarly, Jacque felt as if a massive weight was on her for her entire life. Her prayer for salvation lifted the heavy burdens she carried.

“There was no desire to smoke dope or drink alcohol,” Robert states. “The desire was gone. When I entered the martial arts class on Monday, I shut it all down.”

Robert felt like a brand-new man, a newborn star. It was as if someone had pressed a reset button on him; now Robert found something to live for: Jesus. 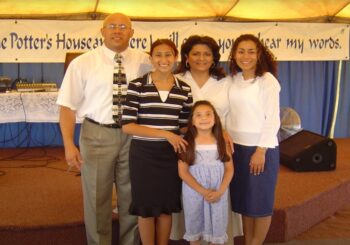 “Robert and Jacque proved to be a key couple in the forming of that early church here,” Pastor Ray Rubi of Door Church reminisces.

However, the incredibly small building that represented the Door Church in Las Vegas would eventually be the recipient of God’s miracles in the form of a skilled new pastor, Richard Rubi.

“The city of Las Vegas had about 14,000 people, but everybody knew Robert,” Richard says. “He had a reputation there.”

Robert’s salvation and transformation would be noticed by the residents of Las Vegas. According to Robert, crime in the area went down by about ten percent. 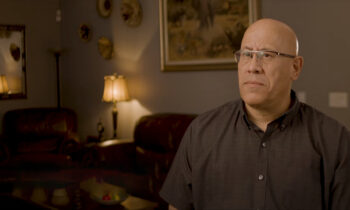 The new convert, however, wanted to be more like Richard when it came to preaching.

I remember I talked to him,” Robert recounts. “And I said, ‘I see you preaching, and I want to take the microphone away from you and do what you do.”

The church rookie didn’t believe that he didn’t have what it took to become as skilled a pastor as Richard. Richard, however, thought otherwise.

“He said, ‘Robert, right now you don’t have what it takes,’” Robert recalled. “He said, ‘when you step out and you go out, then God will give you what you need.’”

When Ray Rubi took over the church after Richard Rubi, Robert and Jacque had the opportunity to pioneer a new church in Johannesburg, the largest city in South Africa.

“They settled in an area called Eden Park,” Ray says. “They set up a tent on a vacant lot. He would challenge these people to honor God with a tithe.”

Robert had a clear moral stance when it came to ministry. God would bless the local people that honored Him.

“The township is still there”, Ray continues. “But in the midst of that, God has done this incredible miracle.”

Despite the concerns expressed by Robert’s friends over him and his family heading to Africa, Robert’s family would spend over 17 years there.

“They also served in the Cape Verde islands off the coast of Africa,” Ray says. “They went to take the pastor to the church in Cape Town.”

“We love being overseas,” Robert states. “We love making our lives count and seeing the word of God resonating within people’s hearts and lives and seeing them respond to the gospel.”

Robert believes that his family has had no happier times than being overseas. Their travels are to this day a frequent subject between him and Jacque. In all, the Robert and family spent 20 years abroad as missionaries.

“We are still not out of the possibilities,” Robert believes.