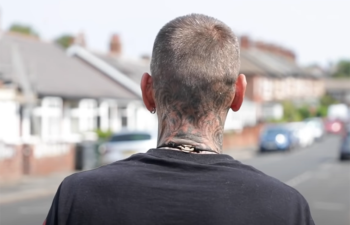 Now, the Newcastle, England, man feels the urgency to share Jesus with everyone.

Up until his father’s death, Kirk had an ideal childhood. His family had few serious problems; his dad held a good job.

But when a drunk driver killed his father, his tranquil life turned nightmarish. His mom started drinking and hooking up with other men. There was no stability. 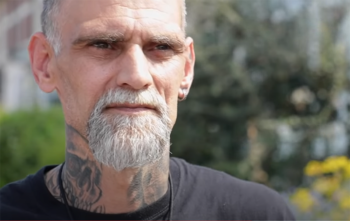 Kirk turned to running away from home, committing crimes, and abusing drugs.

“Between 16 and 19 I basically lived in a drug filled haze,” says Kirk on a Dan Barnsley video. By the age of 24, he was a drug dealer.

One night a friend was in a bad place and came to his house. Kirk did what he had always done, sold him drugs.

“That night someone upset him,” Kirk recounts. “He went home and killed himself.”

As a result of the tragedy, he realized drugs are not an answer.

“Life just got too much,” he says. “My faults were consumed with horrible thoughts. I got really depressed and I just didn’t want to be here.”

One day Kirk met a woman named Dionne who preached about Jesus. 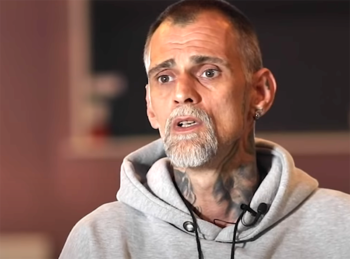 But in his world, there was no such thing as God. If God existed, he couldn’t love someone like himself.

The next day Kirk intentionally overdosed.

“I really just didn’t want to be here,” he remarks. “I didn’t have any strength left, not even the strength to just get up in the morning. In the middle of the overdose the phone rang and woke us up.”

The following day Kirk received a visitor that shared Jesus with him.

When the person left, Kirk got on his knees and prayed for his dad to come down and take him and his family away with him.

Then something remarkable happened.

“All of sudden the room just lit up like a summer’s day, and I looked up as Jesus stood in front of us,” he remembers. 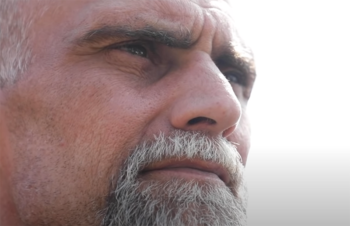 In the dramatic visitation, Jesus said to him:

If you go now, you go alone. If you come with Me, you’ll never be alone again.

Kirk lay on the floor and cried. He knew the Lord wanted him to find a church.

Before he knew it, he was standing outside a house of worship. A spiritual battle for his soul began, with voices in his head telling him to go home.

A sweet old lady walked up to him, grabbed his arm and said, “Come on. I’ll go in with you.”

As they entered, a young man walked up to him and said, “I prayed that God would bring you today.”

“I was so confused. Kirk wondered how someone he never met could show him so much love.

In the church, the pastor preached the gospel, Kirk believed and was saved.

If you confess with your mouth the Lord Jesus and believe in your heart that God has raised Him from the dead, you will be saved. For with the heart one believes unto righteousness, and with the mouth confession is made unto salvation. For the Scripture says, “Whoever believes on Him will not be put to shame. (Romans 9:10-11)

“In the end of it, a man came up to us and asked if he could pray for us,” Kirk recalls. “When he prayed for us, I hit the floor and I received the Holy spirit. It felt like something I’ve never actually felt before. I just felt so peaceful.”

“When I stood up everything stayed on the floor,” Kirk adds. “My past thirty years of addiction, my mental health, my depression, it just stayed there.”

Over the next few weeks, Kirk began having vivid godly dreams and prophesying over people.

He visited a lifelong friend but didn’t mention the changes in his life because he was embarrassed.

Later, his friend went home and hung himself.

Devastated, Kirk decided he would tell everyone about God and how He saved his life.

He learned a powerful lesson – to never be ashamed to share the Gospel.

For I am not ashamed of the gospel of Christ: for it is the power of God unto salvation to every one that believes. (Romans 1:16)

Kirk believes that as a son of God, it’s his job to make sure that his past doesn’t define his future.

“You can’t live believing what the devil tells you,” he says. “We need to live to see what God created us to be.”

Read about the man who escaped Cuba but couldn’t escape drugs.

Read about the tech nerd who’s helping people who search about suicide online.