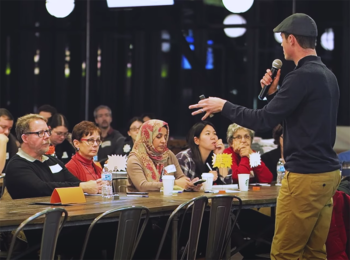 Eight thousand people a month searched Google in Canada to ask about suicide and the first article at the top of the search page is: “Seven Painless Ways to Commit Suicide.”

This fact disturbed James Kelly and he resolved to do something by marrying Christianity to technology.

But the young minister in Waterloo, Ontario, didn’t know what he could do. Fortunately, he knew guys who could, techies who were Christians but didn’t know what role they could fill in the church. They didn’t want to do public speaking, and they couldn’t strum a guitar. They were nerds. What could they do for Jesus?

James gathered a bunch of them together in a coffee shop 2016 and asked how to solve the suicide search conundrum on Google. They went to work on the assignment and managed to place a website on top that offers hope and persuades despairing people to NOT take their lives. 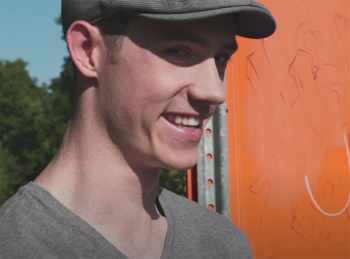 A year later, a team member was talking about the site to a friend who suddenly seized her arm with eyes widening. What was the URL? she asked. The team member answered. The friend started misting in her eyes. Just the night before, she contemplated suicide and searched Google.

“I landed on that website and that site saved my life,” she confided.

The URL is howtokillyourself.org, which is a strategy to respond to the search terms. But inside the website there is encouragement for people struggling. There’s a video about Kevin Hines, who attempted and regretted suicide. The three tenets are: you are not alone, here’s information, here’s a phone number.

“Did anyone know where he could build a website that could literally save people’s lives?” James asks on a This Is Me TV video. “The Lord’s like, yep.”

Today, James leads FaithTech, a place where Christian technology is a thing. Since starting in Waterloo, it has grown to major cities in Canada with “hackathons,” events where techies brainstorm solutions for ministries and kingdom business. It has inspired knockoffs in the United States. 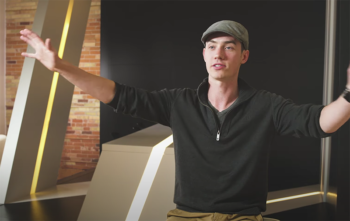 James was drawn toward trouble like many 13-year-olds. He had begun to dabble in the party scene. But his dad slapped a Bible down in front of him and asked him to meditate for a couple hours on Matthew 7:13: Enter through the narrow gate. For wide is the gate and broad is the road that leads to destruction, and many enter through it.

Kelly got it. Instead of living wobbly faith, he made the convictions his own, got baptized and put on a Jesus bracelet, which he would deliberately leave on the table to witness.

His dad and siblings were all business majors in college, so he followed suit. But when he consulted a mentor, he got clarity as to what he most wanted to do in life: usher people into the Kingdom.

With his wife, he lived in South Sudan for three months to see what the rest of the world looked like. From that experience, he determined not to do “parachute ministry” — live in a rich neighborhood and land in a poor neighborhood for short-term ministry.

Along with more than a dozen other young, earnest Christians, he moved into the poorest neighborhood in town and launched raw ministry with the locals. 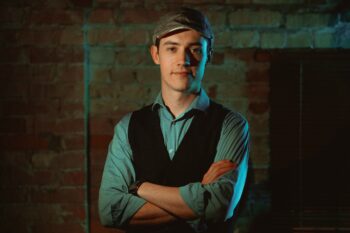 Not long after that, he sat across from a techie who asked what he could do for Jesus.

“I don’t know my place in the church,” he said. “I don’t want to do public speaking and I don’t play acoustic guitar.”

The guy was one of the leaders in the technology involved with text-messaging.

“Can you build some sort of global platform that all the missionaries around the world could share their resources?” James asked him.

The man looked up at the ceiling for about a minute. He was thinking deeply about it. He lowered his glance to James.

“Yeah. I could build that,” he responded.

“No one’s ever told me that’s a way that I could use my gifts and abilities,” the man responded.

That was the beginning of FaithTech, which James founded. They have “meet-ups” all around Canada. Since its inception, FaithTech has launched a site to capture traffic of people searching for a prostitute online and tries to redirect them to Godly principles.

In partnership with WYAM,  they developed a Bible distribution tracker app, a missionary pilot log, an app to deliver Christian audio content to hard-to-reach people groups, and “TextToTithe.”

They firmly believe technology is not an evil distraction in and of itself. Technology can be used to reach lost souls for Christ.

Cece Hang’andu studies at the Lighthouse Christian Academy in the Los Angeles area.