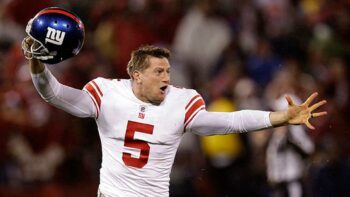 Steve Weatherford — whose punting pinned the Patriots back deep in their zone to help the Giants win Superbowl XLVI — says all his heroics were a vain attempt to get the approval of his father.

“I was trying to get the attention of my dad,” Weatherford says on a 7 Figure Squad video. “During a lot of those amazing achievements, I didn’t really enjoy them because the reason I was achieving them was I needed some affirmation from the most important person: dad.” 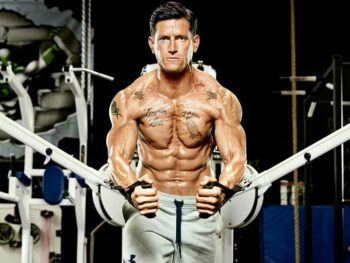 Born in Indiana, Steve Weatherford was raised in Baton Rouge. From an early age, he showed inclination for sports, playing football, soccer, basketball and track in high school. He didn’t enjoy the greatest relationship with his stoical, old school-style father.

The foray into sports began as a means to win his father’s approval. He worked out in the gym incessantly. As a result of his impressive physique, rumors circulated around town that he had bulked up thanks to “the juice.” One day, his dad even called him at school and told him to come over to the office.

“There’s rumors around town that you’ve been taking steroids,” Dad said. “I’m not mad at you, but I want to get you help.” 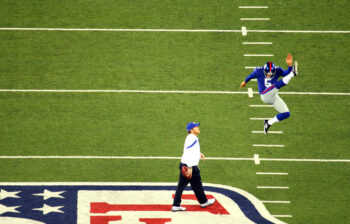 “Initially I was really offended. I wanted to lash back,” Steve remembers. “But then I sat back into my chair and I thought to myself, ‘My dad thinks that I’ve done something with myself that is impossible to do without cheating.’”

It was the closest thing to a compliment that he ever got from his dad.

Weatherford proceeded to the University of Illinois as a kicker and punter. He also played track and was named Sports Illustrated’s most underrated athlete in the Big Ten in 2004. He walked on to the New Orleans Saints and played for four teams before landing with the New York Giants.

Punters are usually wimps, by NFL standards. All they have to do is kick well. But Weatherford had the build of a lineman as a punter. He maintained a maniacal workout and diet regimen that got him featured in bodybuilding magazines. 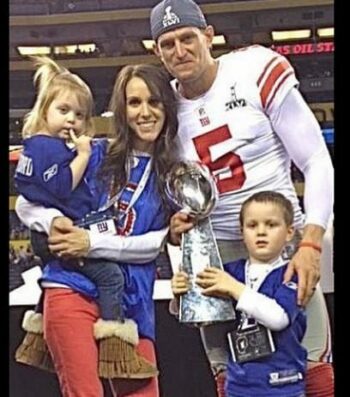 Superbowl XLVI was a dream. The Giants were playing against Tom Brady’s Patriots.

Weatherford punted four times with such distance and precision that the Patriots found themselves in their own 10 and five yards — a marathon distance to touchdown. When the Giants came out on top, some observers called Weatherford the MVP.

Weatherford basked in the glory of his achievements. He looked over to Dad. He wanted so desperately for his father to clap him on the back, give him a bear hug and lavish patriarchal praise. 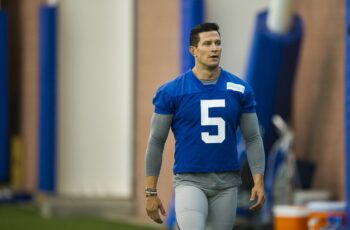 After the win, a picture was taken of himself with the Superbowl trophy and his family. “I remember handing that trophy to my dad, and he said, ‘That’s nice. Show your mom,’” Weatherford recalls. “He didn’t even hold it.”

Dad’s apparent apathy took Weatherford from tears of elation to tears of disillusionment.

“The night that we beat Tom Brady in the Superbowl was the most depressing night in my life,” he says.

Today, Weatherford understands. “My dad was to me what his dad was to him,” he says.

Instead of wallowing in rejection, Weatherford used self-examination of his own father’s shortcomings to consciously break the cycle and become the best father he can for his own children.

Friday night is family fun night – board games, karaoke and dancing with the kids. At least once a month, he takes each kid out separately, basketball or football with his son or a suit and tie to take out his daughters out on a daddy-daughter date, according to an interview on Matt Sweetwood’s website.

Weatherford has a foundation to help kids who don’t have dads. From time to time, he takes 25 kids out to buy them shoes and talk to them about setting goals for life.

Weatherford accepted Jesus when he was 12 years old when he saw the Power Team, a group of muscle men who presented a show of feats (like bending bars or ripping phone books in half) and then gave their Christian testimonies.

But he had grown distant from God in the intervening years.

At a stage in his life when he was drifting, a friend invited him to a Christian retreat. Both he and his 12-year-old son attended.

The keynote speaker was electrifying. When he was done, Weatherford ran up to the front and reconciled his life with Jesus. He also talked to the speaker, whom he thought sounded familiar. It was Keith Craft, who used to be on the Power Team.

Weatherford had come full circle. He came back to Jesus with the same man who brought him to Jesus the first time. 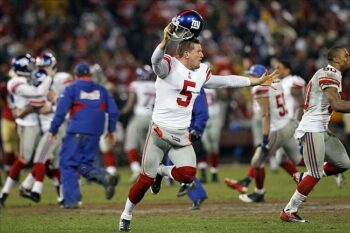 His son accepted Jesus with the same speaker that Weatherford originally did.

A little later, Weatherford realized there was one more “coincidence.” When he poured over the calendars, he realized that he reconciled with Christ exactly 25 years after he first accepted Jesus — to the date.

It was a supernatural moment.

Weatherford was so impacted by the compounding coincidences that he decided to move his family to Frisco, Texas, where Keith Craft pastors the Elevate Life Church.