The driver of a hired car had two jobs. He was also a security agent for the government. 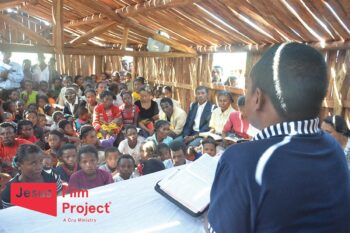 Still six hours out from the village, traveling over dirt roads, he told the “JESUS” film team he was transporting: “From here on we will not stop for any reason. Gun-carrying marauders are common where we are going.”

The film team was a combination of local and international believers. The latter had travelled three days by air to get this far, their most recent flight, taking six hours. They had come to an area where an evangelist had labored for years to win people to Christ, showing “JESUS” to as many as he could.

Bouncing along the rough road, one of the team members recalled wondering: “How could a lone missionary have braved these roads, carrying the older, heavy and bulky ‘JESUS’ film equipment? He risked death so often to declare the gospel.”

Finally, they arrived at the village—where the people sacrificed to a snake and regarded their cattle as gods. Worse, they were unreached and had never heard of Jesus.

The team set up their newer, lightweight equipment, invited the whole village and began showing “JESUS.” These people saw and heard the gospel in their heart language. They had never seen such things. It was all wonderfully new.

But the team was disappointed. Only one person received Christ, a man called Jahona. And he was the black sheep, the pariah of the village, a man of evil. Even his own wife and children loathed him. He was perhaps the last person in that village you would expect to turn from his ways to the light of Christ.

Yet, his transformation was real. Recalling when he watched “JESUS,” he said, “When I received Christ, I felt peace in my heart.”

But the village did not respond well. Steeped in their ways of darkness, they sought to harm and resist Jahona. Though he was tested over and over, he proved the gospel, the power of the Son of the Living God.

His transformation was especially evident to his wife and children who had despised his ways. One by one, they came to Christ. Then other families followed, one after another. The witness of changed lives went from household to household. All they had seen and heard in the film was true! 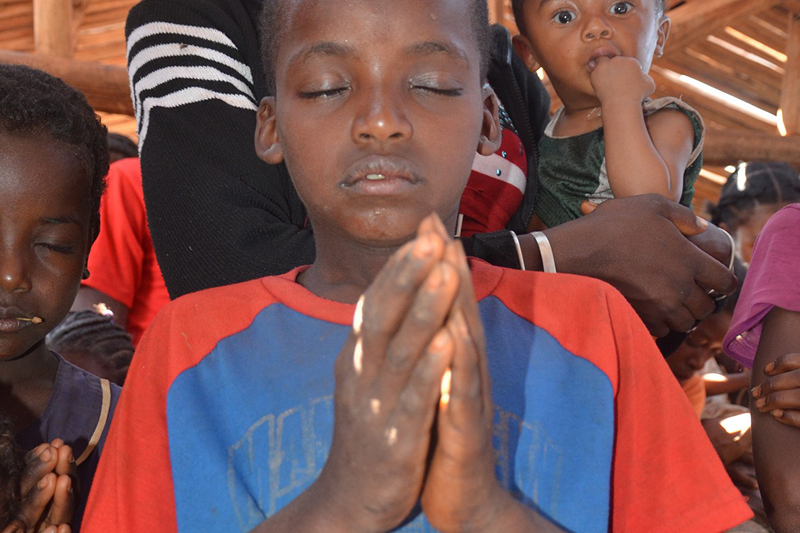 Within 18 months, half of the village became followers of Jesus, about 120 people. The village killed the snake to whom they sacrificed. They turned from worshipping cattle as gods, welcomed the missionary they had earlier resisted, and actually supported his work. And they changed the name of their village to “New Jerusalem.”

In a recent report, a member of the film team said: “The last time I heard about them, they had helped the missionary to start a church in the next village and were reaching out to another village on the other side of the mountain.” 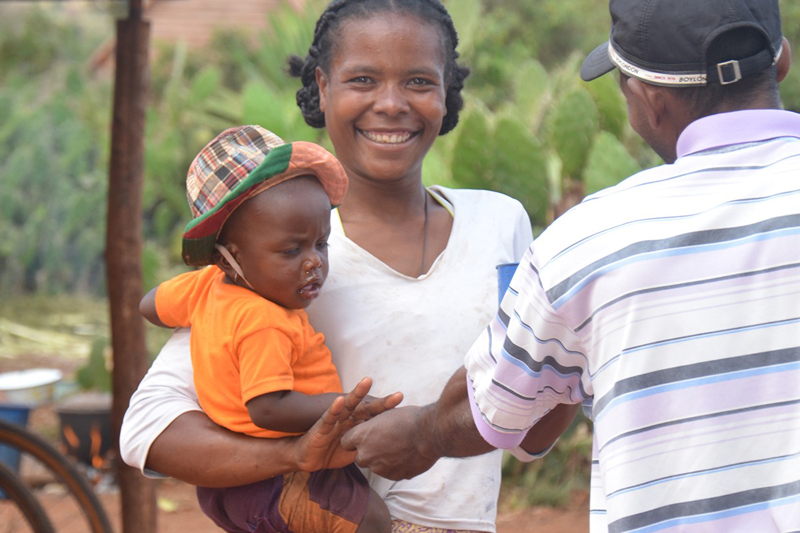 To Him goes the glory! It’s the power of His Word contained in the film “JESUS” that transforms hearts, as courageous film teams are supported and sent to people who have never heard.

To learn more about the JESUS Film Project, go here